Catalan Bhoys showing the rest of us how to do Celtic-punk again! 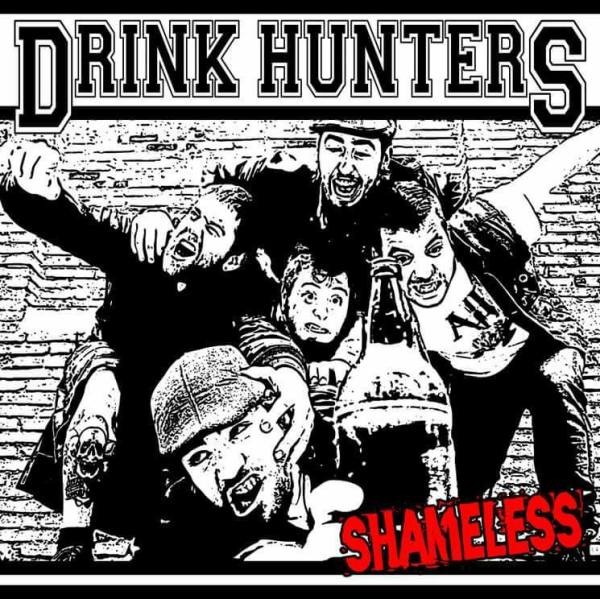 Welcome to the third long player from one of the top celtic-punk bands in Europe, Catalan celtic-punkers Drink Hunters (their is no ‘The’). Formed in Barcelona in 2008 they have previously self-released two outstanding albums on a shoestring budget and set about raising money for this one by crowdfunding among their fans who responded magnificently and raised the necessary readies in no time at all. The band got together in Barcelona in 2008 when Pau (drums and vocals) and Aaron (bass and lead vocals) wanted to get a band on the road and decided to follow the path of celtic-punk. They talked about the idea with Raja (guitar and vocals) and a band began to take shape. Only thing now missing was to fill their energetic punk rock with some Irish folk touches. And for that they contacted with Nando (fiddle) and Rosa (accordion) and in early 2013 they signed Isra (Irish tin whistles and banjo) and Drink Hunters were armed and ready to go.

When we reviewed their last album (here) we described them as

“…which sounds pretty much like NOFX doing celtic-punk! The ‘celtic-NOFX’ label fits in quite well with The Drink Hunters and the majority of the songs fly by in around 2 minutes”

and to be perfectly honest that still fits them pretty damn well. Members have come and gone from the band but Drink Hunters philosophy of combining solid punk rock tunes with Irish traditional folk and themes has made them a sure fire hit across Europe and among those in the know in celtic-punk circles. 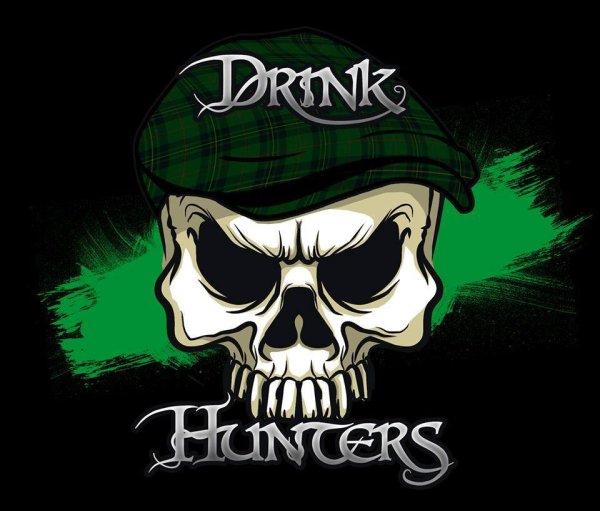 Shameless was released in July and is eleven tracks long that rolls in just a minute short of thirty minutes. Of those eleven songs all are written by the band themselves and as usual top marks for that. As much as I do love to hear version after version of ‘I’ll Tell Me Ma’ its far more enjoyable to hear what the band themselves have made and nurtured. Shameless begins with the short and very very snappy ‘1234’ and for a second you could imagine it as Bad Religion till the celtic instruments kick in and Drink Hunters are back with a right bang. All the lyrics are sung in English or should I say Californian! While we would prefer bands to sing in their native tongue its understandable why bands don’t always and Pau from the band is at least honest when he said, when we reviewed their last album,

“yeah, I feel that the English language can open more doors, particularly in this genre which is not very popular in Spain yet”

Next up is ‘Trashy Music’ and again from the start the music kicks in and the Bhoys put the boot into shitty sell out bands which is something you could never accuse them of being. Completely independent and totally DIY in ethos.

The album continues with ‘Do More Listening’ and ‘I Need To Forget’ which ramp up the speed and keep the fiddle player busy keeping up. A fantastic combination of old and new traditions Drink Hunters are that odd thing in celtic-punk. A band that follows no-one, sounds like no-one else and ploughs their own trough in coming up with something truly unique within celtic-punk.

(two songs from the album that were released in advance done all acoustic like!)

Album title track ‘Shameless’ is one of the shortest songs on the album and shows the band at their most fluid as they take the piss out of themselves somewhat.

But we’re sure
we’re so prooooud!”

‘Picnic Blanket’ has some real good Irish fiddle parts while the music steamrolls along. A real foot stomper this one and a real album standout. ‘My Car’ treads the same path as before with a silly song about being in love with your car.

“Your car is a crap
My tapes make me so elegant”

They showed they can play their instruments too by recently releasing an acoustic version of ‘My Car’ as well and it rocks mightily!

Next up is ’34’ and fiddle and tin whistle over pounding drums until friend of the band El Nota pops up to do a short rap in the middle. We are storming to the end and their is no let up in the speed of Shameless and ‘What Am I Waiting For?’ is no different. Fast paced and heading out in a bang with ‘Someone Else’ and finally the album comes to an end with my favourite song on the album. Encapsulating everything I love about the celtic punk scene it is called simply ‘Celtic Punks’. In Spain’s fractured land where one day we would hope to see freedom for the Catalans, Basques and Galicians the song offers a hand of friendship. As with Scotland its not necessary to hate your neighbours. One day you will all be on an equal footing so let solidarity be the key to your freedom.

“We are Celtic Punks!

You will never understand why we’ve chosen this path
our way of seeing things neither our music.

This is not a fad, It’s a way of life
feeling it inside our hearts
We’ve not given up yet.
No matter whether you are male or female
We are few people but we are united!

An absolutely storming way to finish and worth the price of the album on its own. The most obvious thing for me that stands out about Drink Hunters is that if they were North American they would be, and pardon my French here, totally fucking massive. They certainly deserve it and as one of the hardest working bands around international stardom shouldn’t be too long with catching up with them.

Facebook  Bandcamp  Soundcloud  MySpace YouTube
* their are a host of other great bands in the region with Sigelpa also from Barcelona leading the way but one of the best ways to keep up with whats happening in Spain, Catalonia, Galicia, the Basque country and the celtic-punk scene in general is to follow the ever brilliant Celtic Folk Punk And More web-site. Begin here by checking their review of Shameless.