A cracking new Irish band from Bristol in South-West England and with bands like this the celtic-punk scene is in safe hands! 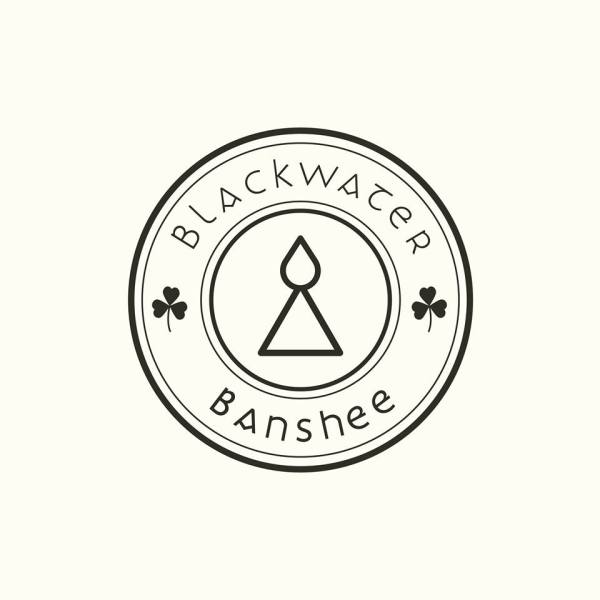 I came across Blackwater Banshee on Soundcloud a few weeks back but didn’t listen to any of their recordings till last week and what an eejit I was to wait so long. The five piece band are based in Bristol in South-West England and formed earlier this year. The band is made up of Karin Gormley on banjo and tin-whistle who is originally from Derry in Ireland, Richard Chapman is the vocalist and also plays mandolin, Bryn Llewelyn is Welsh and is on guitar and backing vocals and then we have Nige Savage on bass and Richard Underhill on drums. Bryn and Nige played in a classic rock band together and were looking to form a celtic rock band so after seeing his profile on Bandmix showing his background in Irish music they approached Rich and gathered him in. They then found Karin playing in an Irish folk session in Bristol. They soon started rehearsing back in June and recorded the EP in October. With Karin and Rich’s background in Irish folk and Bryn and Nige’s in rock they got the right blend of Irish folkness and rock to fit right into the celtic-punk scene.

The EP is only four songs and as such is just a taster really of what they are capable of. All the songs are pretty standard trad Irish covers and concentrate on showing their folkier side. It begins with ‘Nancy Whiskey’ an old trad song that is about the dangers of drink rather than the dangers of women!

“I bought her, I drank her, I had another
Ran out of money, so I did steal
She ran me ragged, Nancy Whiskey
For seven years, a rollin’ wheel”

it’s played straight up and if your looking for comparison try O’Hanlons Horsebox or even the Bible Code Sundays. Its folk-rock designed to be played in an Irish Centre or pub full of 1st, 2nd, 3rd generation Irish and their friends. Their are several different versions and this is the one favoured by Shane MacGowan. Up next is the classic ‘Dirty Old Town’. Written by Ewan MacColl who has featured many times on these pages (have a look here where you can still get some free Ewan album downloads) back in the 1950’s and recorded most famously by himself, The Dubliners and The Pogues. Ewan MacColl actually hated The Pogues version of his song. In an interview Ewan’s wife Peggy Seeger, a renowned folk artist in her own right, contends that when Ewan wrote the line

“We’ll chop you down like an old dead tree”

he was implying improvement of Salford rather than destroying it. While as writer Jeffrey T. Roesgen quite rightly saw it

“In the Pogues performance we have little trouble seeing Shane, with spite seething from his lips, wielding his axe like a banshee, hacking his dismal town to splinters”

Love the tin whistle here at the beginning and the Banshees certainly give it their all. ‘Spancil Hill’ follows and is famous as one of the saddest songs about Irish emigration, and as you can imagine there’s at lot of competition when it comes to that subject. Recorded by Christy Moore with Shane MacGowan, The Wolfe Tones, Johnny McEvoy I’d go so far as to say its been recorded by just about everyone. Written by Michael Considine who was born in Spancil Hill in County Clare and emigrated to America around 1870. He intended to bring his love out to join him but knowing it would not happen he wrote the poem and sent it back to Ireland to his nephew and in 1873 he was dead at only 23 years old. The tragic story of poor Michael’s life only adds to the sadness of the song.

“I dreamed I held and kissed her as in the days of yore
Ah Johnny, you’re only jokin’, as many’s the time before
Then the cock, he crew in the morning, he crew both loud and shrill
I awoke in California, many miles from Spancil Hill”

More than once with a drink in me I have found that last line a bit too much myself… Blackwater Banshee make this their most personal song of the four adding electric guitar and the wonderful mandolin while the drums keep up the beat giving it a real pint in the air feel with Richard belting it out with real conviction. The EP ends with ‘The Leaving Of Liverpool’ and it’s one of the livliest of Irish folk songs. Liverpool was once one of the major sea ports in the world. It was collected by Richard Maitland, a resident of Sailor’s Snug Harbor a home for retired seamen on Staten Island, who learnt it on board The General Knox around 1885. Designed to be shouted at the top of your lungs while banging your pint on the table during the chorus. Here the tempo is high, the energy is up and just listening to it now has got me headbanging away.

So their you have it. Four songs sixteen minutes. Admittedly their is nothing unusual here but what you get is some expertly played Irish trad that promises much much more for the future. When playing live they feature tunes from The Pogues and Dropkick Murphys so there is definitely a punk element to their sound. They are certainly a band to watch as if they can play these standards so well we gotta look forward to some of their own material and soon I hope. For a new band its always hard to get going so give them a like on Facebook and have a listen to the EP and lets awake the world to Bklackwater Banshee!