Infectious and catchy throughout the debut album from northern English celtic-folk-punkers The Silk Road has more than enough punk to keep the punks happy and plenty of folk to keep the oldies like me happy! 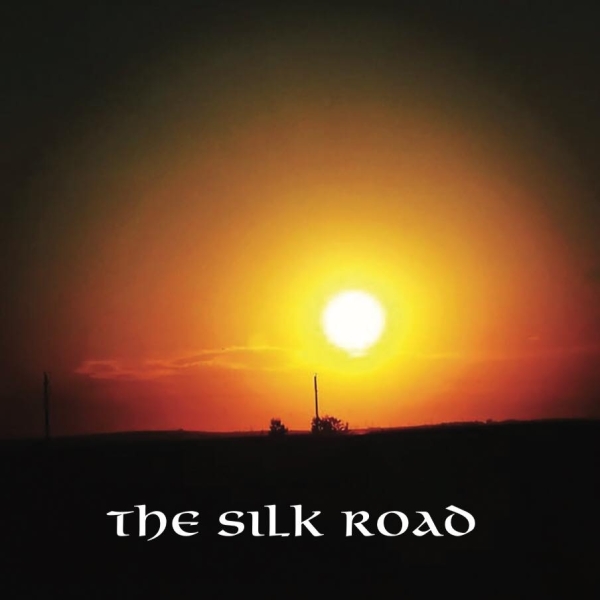 Here’s an album we have been waiting for here at London Celtic Punks with baited breath! Those with a good memory will remember way back last October we reviewed the four track pre-album sampler from The Silk Road and back then we were very impressed

and I am pleased to say they haven’t let us down either!

The Silk Road hail from Chesterfield in the north of England an area famed for it’s industry and for the militant trade unionism that goes with it. Their music reflects this. Their is no pretense or ‘virtue signalling’ here. Their beliefs were learnt at the knee of older generations who lived through times they did not want to see repeated. Formed in 2015 all the band have played music locally going back some twenty years ranging from folk to punk to ska so plenty of experience involved here. Taking some old demos that singer/songwriter Tich had recorded in his studio as a base The Silk Road began to take shape and after adding some new material The Silk Road’s debut album began it’s story. 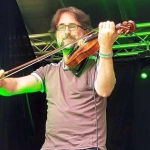 Musically The Silk Road are cut from the same cloth as three bands who are still regularly packing them in at gigs across the country all year round. The Levellers, New Model Army and Ferocious Dog are the main bands that represent a broad mixture of scenes from folk-punk to celtic-punk to English-folk. The music while it may sound like celtic-punk to some is actually the music of the north of England. Their has always been a strong tradition of folk music among the working class and just as with celtic music it was in the early 80’s that young bands began to change, add and adapt it with hard rock and punk music. For me there is no better example of this than the first two album’s from Billy Bragg. He may be a bit of a wanker now on his farm in Devon lecturing us on how to vote and still pretending he lives in Barking but those albums are an incredible mix of politics and passion that captivated us and I still regularly play them. Armed only with a cheap electric guitar Bragg stormed the Singles charts of the day with his rough but passionate voice and a way of writing straight from the heart. His best songs were always about the mysterious interactions between men and women rather than his left-wing polemics but this was urban folk at it’s finest. Now some 20+ years later The Silk Road take their place on the same path and I’m sure they won’t be moving to Devon the first chance they get!

This self-titled album is thirteen original compositions by the band and though it’s very much a team effort it’s in no small part down to the vision and drive of lead vocalist Tich. A tattooist by trade it was his idea to use the symbol of the silk road as the bands logo. Yes it may look Celtic/Irish but the three hares with interlocking ears is actually from the far east where the silk road was the ancient trade route linking Asia to the West. The album cover itself was designed by no other than celtic-punk’s leading lady Katie ‘Kaboom’ McConnell of The Mahones.

The album begins with ‘No Revolution’ and it’s a loud start. I was expecting something a bit quieter so was pleasantly surprised. Quite a basic 80’s punk sound here which I absolutely love. The fiddle may have been worth turning up a bit but its got harmonica so that’s me happy for the next forty-eight minutes! Tich’s vocals are clear as crystal and so easy to understand, and get, that there is literally no point in putting them in the CD booklet. ‘Find A Cure’ follows the same road except with a short reggae interlude before a great punk rock Irish jig takes over. Great chorus here that will have you singing it in your head long after you’ve heard it. One of the highlights is ‘I Don’t Care’ with it’s snotty punk rock base but with the fiddle in charge and Tich’s great vocals laden over the top. It’s all been very punk rock orientated so far and just as i was settling in ‘Elizabeth Rose’ comes on and by Christ I’m in celtic-punk heaven with this Irish trad punk jig. The fiddle leads the way with the rest of the band pushed to the background and a real foot tapper that I’m sure is a live favourite and gives Tich a chance to rest his lungs. They slow it down next with ‘Scars’, the first song here that featured on that Pre-Album Sampler, and sounds to me not too far from The Levellers. Not a much of a fan of them myself but this is excellent stuff with slow acoustic guitar and fiddle and nice vocals. The welcome sound of the banjo kicks off ‘Master Race’ with what sounds like spoons! Harmonica is top dog here and I love it. A instrument I always feel suits celtic-punk but is criminally underused. ‘Still Breathing’ seems to me a bit out of place here. Hard to say why exactly but its upbeat and jaunty sound perhaps. Not to say it’s not a great song as its class fiddle led punk rock. ‘Breaking Down The Laws’ keeps the music flowing with Brian’s solid drumming. ‘Ancient Road’ leads directly into ‘Montagu’s Harrier’ and while the first three minutes are reminiscent of 80’s anarcho-punk bands like The Mob or Zounds the second half is an absolutely stunningly traditional Irish folk piece/reel dedicated to an endangered bird of prey.

The bodhran is out and it’s not long before the whole band have gate crashed the song and take it another level. These two songs are a perfect introduction to The Silk Road and showcase brilliantly whet they are capable of. We are coming towards the end of the album and it’s clear by now that the band wear their politics on their sleeves and no better than in ‘City Under Siege’. Back in October I wrote

“this kind of music is very much in vogue at the moment. Not played or favoured by fashionista’s or middle class hipsters it comes very much from that sort of old Labour background of trade unionism and old fashioned values like solidarity, compassion and the wish for a better world for all. Things sadly out of fashion at this moment in time”

and while ‘Corbyn’ and the Labour Party’s revival hasn’t completely convinced me I do see hope for my class where once I saw none. Another album high point up next with ‘Boats Come In At Midnight about modern day smuggling. Very catchy indeed and half way through the fiddle comes in giving it a real nice ending. The album ends with ‘On Ya Way’ and maybe it’s a sign of mellowing with age but I really love this song. My favourite track. Tich belts it out from his heart and harmonica and acoustic guitar steer it in a direction that reminds me of Ferocious Dog a little when they slow it down. 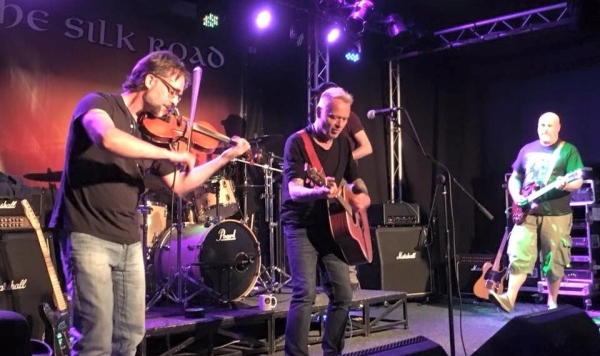 Overall this is a great debut from The Silk Road and will win them legions of fans from the trinity of bands I mentioned above. Infectious and catchy throughout with more than enough punk to keep the punks happy and folk to keep the oldies like me happy. Its always brilliant to welcome another celtic-punk band into the scene and even better when they have trodden their own path. Haven’t seen them yet but will be making it my mission to catch them over the summer and I really hope they play ‘On Ya Way’ when I do.