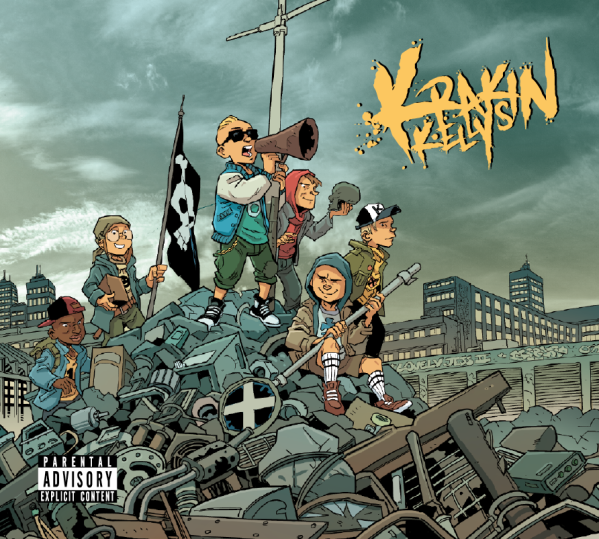 Now dear readers I’m sure you have absolutely no idea how many celtic-punk albums we have to trawl through to give you the best of the bunch. Well let me tell you its loads and its not often that many make me sit up and really take notice. Just recently we have been lucky with the amazing releases from bands like Bastard Bearded Irishmen, Airs & Graces and Irish Moutarde who were all especially good but a rare thing happened in June last year. I got in from work to find a e-mail from Krakin’ Kellys, a celtic-punk band from Belgium I hadn’t ever heard of informing me their new video for a song called ‘One Way’ had just been released. Now nearly without exception the bands that I hear are all pretty decent so I was expecting something good but to say my mind was blown is to put it mildly. What a fecking song!! I must have played it about two-dozen times before replying to the band to tell them how much I loved it and then sharing it on the London Celtic Punks Facebook page for you lot to marvel at too! The song was ‘One Way’ and I’m delighted to say it appears here on their debut album, Promised Land, and it was by far my favourite song of 2017 and even now whenever I’m on YouTube I find myself drawn to it! 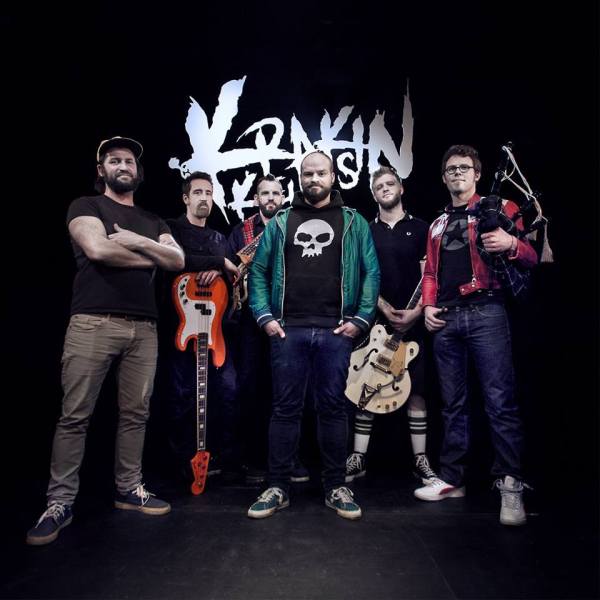 Krakin’ Kellys hail from the city of Namur in Belgium. The city is the capital of the self-governing Walloon Region which was created, largely along language lines. Wallonia consists of the French-speaking provinces of Hainaut, Liège, Luxembourg, Walloon Brabant and Namur. Its elected government has authority over such are as as agriculture, transportation, and public works and has a population of 3,500,000. There is a burgeoning independence movement in Wallonia that seeks to split Belguim into Dutch speaking Flanders in the north and French speaking Wallonia in the south. The area has struggled to recover economically from postwar industrial decline, and there are those in the north who label their French speaking neighbours as spongers and feckless. As is usually the history behind the conflict is complicated so I think I better leave that there!

Formed only last year Krakin’ Kellys have taken the celtic-punk scene by storm without releasing an album so their debut album has been widely anticipated by just everybody. They describe their music themselves as

“taking the opposite line from the genre’s godfathers, Bostonian Dropkick Murphys, Krakin’ Kellys songs begin with punk-rock riffs, which they then unite with Eire-inspired melodies.”

The comparison to the Dropkick Murphys has been made about the band and yes they are definitely on the DKM’s side of celtic-punk rather than say Flogging Molly but this band is not just another Boston clone I can tell you. In fact I’d go so far as to say that there’s virtually no way the Murphys will ever come up with an album as good as Krakin’ Kellys Promised Land ever again. I hope I am proved true and I can only imagine how fecking good that would be!!

Promised Land begins with ‘Anarchy In The Double K’, the albums third single release, and the drone of bagpipes before the accordion kicks in and then the whole band join in with what can only be described as celtic-skate punk! Straight away bands like The Descendents, NOFX and Pennywise spring to mind but with Pierre-Yves amazing accordion and Rémi’s bagpipes Krakin’ Kellys have nailed their tricolour firmly to the celtic-punk ship. It’s fast, catchy as hell and with David’s incredible raspy-punky vocals laden on top international stardom awaits them I am sure!

One of the ways bands without any or few releases can make a splash in the celtic-punk scene, or any scene really, is to make use of YouTube. One great example of this is The Rumjacks whose ‘An Irish Pub’ was sailing towards 75,000,000 views the last time I looked. Krakin’ Kellys have followed this route and all three of their releases from promised Land are accompanied by absolutely brilliant videos. Filled with fun and humour and with a wee story to tell it’s no wonder they have become the to watch out for in 2018. Next up is ‘Bar Fight’ and yeah it’s a drinking song and yeah its a cracker. All the best elements of punk and ‘Celtic’ are here and its so well played too. Next is my second (it would have to be) favourite song of the album, the title track ‘Promised Land’. By the end of this page you going to be sick of how many times I use the word ‘catchy’ if I’m not careful. Accompanied by another great video it has a great tune and aye it’s bloody catchy too.

So three songs in and I have to say that I have never heard better accordion in a celtic-punk band in my life. The sound is perfect and leads the songs along in such a glorious way. Pierre is truly a master of this art wielding his accordion lifting the band to magical heights. And just to prove that God doesn’t deal out talent in a fair and equal way he also did the artwork for the album cover! For many celtic-punk band it’s a background instrument but not here. On ‘Our Pride’ it leads the tune and its many flourishes (could you call them accordion solo’s?) only add to the tune. Of the fourteen songs here most come in around the 3:20 minute mark giving them plenty of time to develop the songs and  even though they are fast as on ‘United’ or ‘The Journey’ they could linger too long and one of the things I’ve noticed about playing this album is that it speeds by so fast. That is a sign in itself that I must be enjoying it. Loads of humour dotted throughout like on next song ‘Kinky Mary’ and it’s great to see a band not taking it all too seriously and obviously enjoying themselves. ‘When I Die’ stops and starts and is guess what… catchy with great singalong chorus. ‘Come And Get Some’ begins a tone heavier but soon settles down into a sorta celtic-metal-rap song while ‘Lovely Jess’ is a nod to the bagpipes and if there’s a song here that could pass for the Murphys it’s this one. Gang vocals, the pipes and measured tribal style drumming combine for a beast of a song that wouldn’t be out of place on last years 11 Short Stories of Pain & Glory. We are back in cracking form for ‘Hey Bro’ before finally we get to that song and even though I must be responsible for about half it’s views on You Tube it has lost absolutely none of it’s power. ‘One Way’ was without a doubt my favourite song of 2017 and on hearing it I’m sure you will agree. Again accompanied by a fantastic video and again thanks to band guitarist Matthieu Hendrick for his marvellous work. The song could be early Dropkicks but (and I better whisper this) a lot more celtic-punk.

The album is nearly up and still no sign of a ballad here I’m afraid. On ‘Giving Up’ its yet more of the same catchy stuff as we have seen. There isn’t a weak song on this entire album and to prove it they go out with ‘Garry’s Battle’ yet another brilliant trad-infused punk-rock track. A whole album of standout tracks! 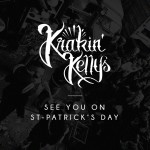 So there you go and I wouldn’t be surprised if this ends up at the top of the Best Of 2018 polls it is that good. Full of energy and bounce and humour this is downright drinking music. There’s no revelations about politics here and no songs about nuclear war and I can only say thank heavens. Sometimes we need music to take the pressure off us. To take our minds away from the daily grind and that’s where celtic-punk comes in. Its music to drink to, to dance to, to meet folks and make friends and Krakin’ Kellys have delivered unto us the ultimate celtic-punk album. It’s not often I use the words this is a must have album but this is a must have album!

(you can have a *FREE* listen to Promised Land on the Bandcamp player below. Just press play and away you go!)

FromTheBand Pre-order of the album. You get 3 tracks now and the complete album the moment it’s released on March 17, 2018 with some exclusives bonus items!

The third single of Krakin’ Kellys ‘The Goonies ‘R’ Good Enough’ released on 1st September 2017 and written and composed by Cyndi Lauper!