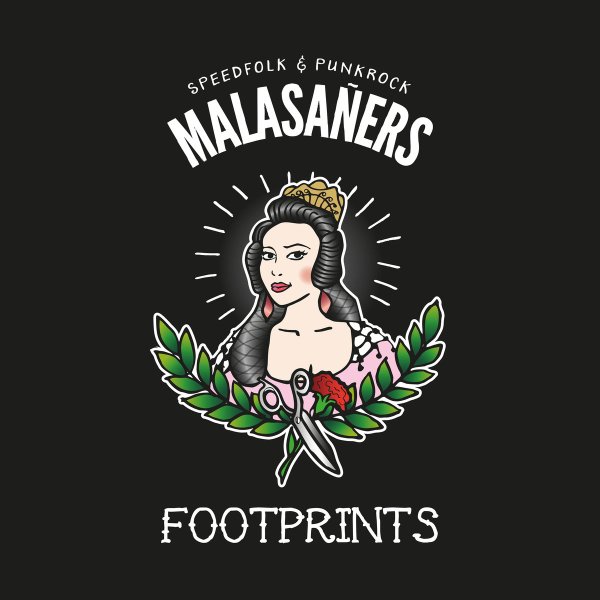 Malasañers history is a complicated one and begins back in working-class Madrid where due to the financial crisis at home Carlos del Pino makes the journey across Europe to move to the mid-German town of Bamberg to start a new life. Inspired by his father’s vinyl album’s of Irish and Celtic music Carlos develops an enthusiasm for the music of the green isle and mixed with early influences of the Ramones, Beatles and Elvis the scene is set for the early beginnings of Malasañers. Formed in Madrid in 2012 the band are cheerful and folky taking in influences from Spain as well as broader Rock and Indie music but with the band going nowhere at home and frustrated by the economic crisis Carlos moves to Germany in 2014 reignites Malasañers and gathering around him some of the areas best musicians Carlos burning passion for Irish punk finds a happy home in the beer metropolis of Bamberg with the active music scene.

The celtic-punk quartet take their name from 15-year-old girl Manuela Malasaña, who was murdered on the streets of Madrid on 2nd May 1808 during  the uprising against Napoleon I of France stationed in the Spanish capital during the Spanish War of Independence. Manuela was a seamstress who had had her scissors confiscated by French soldiers leading indirectly to her death. For the band scissors have become the band symbol and the pointless murder continues to exert a shattered fascination on Carlos inspired by the fight against narrow-minded nationalism.

“I am happy about intercultural exchange – this is how people learn to become more open”, as he says himself. “I see the nationalist development that is currently going on in Europe as very dangerous because either they want to rebuild their borders or draw borders there, where they never were.” 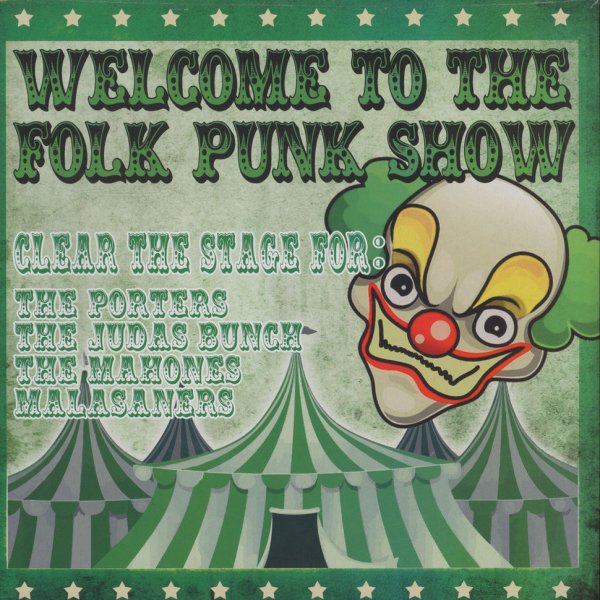 Their debut release in 2014 was part of ‘Welcome To The Folk-Punk Show’ compilation album on Wolverine Records. The album features four bands with three songs each that alongside such scene stalwarts as The Mahones, The Porters and The Judas Bunch announced their arrival on the European celtic-punk scene and made many of us sit up and take notice. The following year saw the release of their debut album Spanish Eyes. Forty minutes of self-penned Irish folk-punk that straddled extremely well both the folk and punk sides of celtic-punk. A healthy respect for Irish music throughout the release shines through and sets the scene for their follow up album, Footprints, that is now available having come out on St. Patrick’s eve.

Footprints begins with the awesome single ‘Sell The Night’ and from the off its high energy uptempo classic celtic-punk fast, hard and heavy but accessible as ever and with a catchy as hell chorus.

Banjo and accordion are both kicking arse here and they even throw in a bit of one of my favourite instruments the harmonica on ‘My Time Before I Die’ and again energetic music coupled with those catchy chorus ensure it’s another winner. The second single from the album to be released was ‘Workers On The Run’. A socially conscious track nailing their colours to their mast.

‘But Not Today’ is a little bit out of place but don’t be mistaken it’s a great song it’s just that it moves away from celtic-punk a little into more rock ballad territory. Actually it’s one of my favourite songs from the album and it may not be as heavy as some on Footprints (till the end that is) but it’s still got plenty of bite to it. They celebrated the release of the album with a new video for the fourth track ‘Long Live The Glory’. As is the way with bands on the continent they not happy with just putting together a compilation of live pictures or the like the video here tells a story. Watch it yourselves and take it from me it’s well worth a view. Played as a straight up punk song its a great wee number and the video perfectly conveys the fun the band seem to be having.

One thing I always look for is the amount of original compositions and here I can happily report that they all are! The whole band involved in writing the lyrics and the music mainly by Carlos it’s quite an achievement. So begins a section of the album where the ‘celtic’ takes a backseat and Malasañers concentrate on some kick-arse punk rock numbers with ‘The Stars Are Falling’, ‘Paris Je’taime’ and ‘I just Can’t Stay And Wait’. The album’s title track rolls up next and you can hear why they named the album ‘Footprints’ after it. Elements of country, folk and spaghetti westerns abound but with Carlos voice and that great accordion its unmistakable Malasañers. Again it’s not there typical fare but all the better for it. We nearing the end and ‘To The Border’ slows it down a little losing none of their catchiness and ‘Ghostly Border’ speeds it up with a great punk’n’roll song that Social Distortion would kill for. Carlos recorded the bass for the album such is his immense talent (…the bastard!) and thumping bass kicks off  ‘Fun Has Just Begun’ in a catchy wee number dominated by accordion and a great accordion solo in amongst another great singalonga chorus. ‘Your Wars’ brings the curtain down on Footprints and Carlos croons away on a fantastic folky anti-war song that is a real nice surprise and a lovely way to end proceedings with some truly heartfelt lyrics that tell you all there is to be told about this grand band.

So thirteen songs and over forty minutes of whiskey-soaked Irish speedfolk that will knock your bleedin’ socks off! Footprints has been produced and mixed by Carlos with Trine Pedersen and is a refreshing addition to the celtic-punk scene and will only go on to increase their popularity.  Malasañers have produced a quality album here that takes in both the traditions of working-class Irish pub music and the anger and passion of punk and rock music. Music to dance to your ass off to and enjoy but with also a serious side. The words promote friendship between nations and international togetherness. In these times where the old politics seem to be making way for something new that no one seems to know where it’s going these are good sentiments indeed.