PHANTOM OF THE BLACK HILLS

Phantom of the Black Hills are one of the most innovative bands you will ever hear that has a banjo! This isn’t the Country music of Nashville or the Grand Ole Opry instead its angry polemic over bluegrass banjo, mandolin and upright bass mashed together with raucous punk guitar, blistering drums and dirty, snarling distorted vocals with extreme sound effects and movie dialogue samples. They are one of my favourite bands so I thought I’d attempt to convert a few of you lot too. 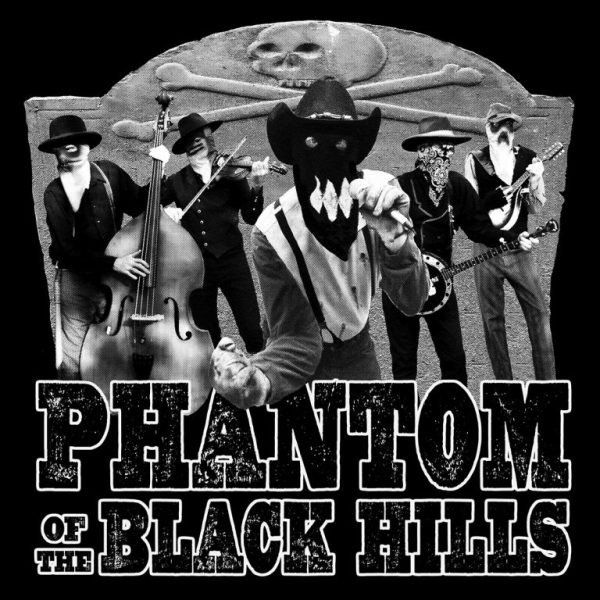 The Black Hills are a mountain range in South Dakota famous for the Mount Rushmore memorial of the four presidential heads of Washington, Jefferson, Roosevelt and Lincoln carved into the granite. It’s also an area where large populations of Scots and Scots-Irish settled which may explain the areas fondness for moonshine. Production of illegal alcohol that is still widespread today. Another possible by-product of the Celtic on the local population is widespread mistrust of all government. Many see themselves as outlaws and in the Black Hills you are unlikely to find a Vegan coffee shop or demand for stricter gun control laws. Phantom Of The Black Hills are a band that shy away from publicity. From the bandana’s that hide their faces in their videos and photos to their Web-Site and Facebook page that are very careful not to give away any clue as to their identities. We can only hope they are the real deal and not a bunch of music school rich kids!

The musical worlds of Phantom of the Black Hills couldn’t be more different. In the Celtic-Punk scene we are used to bands fiddling with traditional music and adding, sometimes taking away, things to come up with something fresh. Country And Western though sometimes seems so staid and set in its ways its hard to imagine a band doing to it what say the Dropkick Murphys have done with Irish music. That was until the Phantom Of The Black Hills rode into town. With their cowboy hats pulled down over their eyes and frightening outlaw masks they look more like they have come to relieve you of the gold in your purse. Violence, drunkenness, debauchery abound in these tales of South Dakota’s doom country and hellbilly punk outlaws. 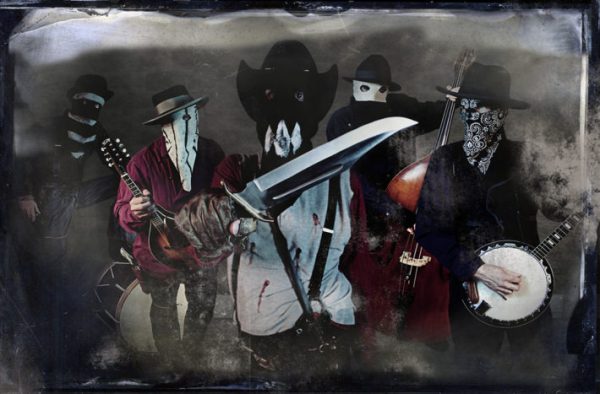 Relatively unheard of over this side of the pond I thought it only fair to share my good fortune with you. They have released five albums, the links to hear each one are included as well as one of their amazing videos from each album. You can buy all together from the Bandcamp site for a reduced rate just check there and the link is at the bottom. This is surefire music to go to hell for.

Whoever said the devil had all the best tunes must have heard the Phantom Of The Black Hills. 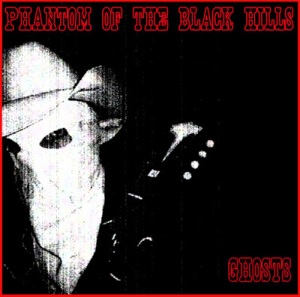 Ghosts was the 2009 debut album of the Phantom Of The Black Hills. It was released on Ratchet Blade Records who specialise in ‘Dark Roots Music’. They have supported the Phantom Of The Black Hills from the beginning and have released all their albums thus far. Ghosts  introduced the  world to their relentless Hellbilly music and rants. Opening with the insane  ‘Confessions Of A Barn Burner’ it goes from weirder to weirder right up to album closer ‘Read My Bible’. Banjo laden doom music for a generation of country and folk fans who want something a bit more extreme and it don’t come no more extreme than this!

(Part One of the ‘Government Demons’ trilogy)

(Listen to Ghosts below on the Bandcamp player) 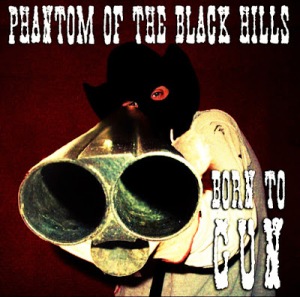 The second album from the Phantom Of The Black Hills and again it was released on Ratchet Blade Records. If you thought Ghosts was dark then prepare yourselves. With loops and sampling, and with as much distortion as twang the two worlds of country and punk crash together. Bluegrass banjo pickin’ and mandolin, upright bass thumpin’, with loud punk guitar, hard-hitting drums and angry, snarling distorted vocals it carries on in the same vein as Ghosts but more so…

(Listen to Born To Gun below on the Bandcamp player) 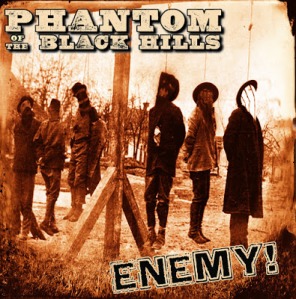 Lyrically more dark and intense than the previous two releases, Enemy! is filled with musical imagery of war, lust, death, and hell… Produced by Cramps bassist Chopper Franklin and mixed by legendary punk rock producer Geza X they pushed the banjo, fiddle and mandolin up even more to the fore but with the guitars as brutal as ever. The arrangement of the music is flawless. Able to spend two years on Enemy the band were able to create heavier sound effects and loops and with ever more controversial lyrics. Hard-hitting, controversial dialogue permeate the raw, rusty sounds of the record. Their best release to date.

(Listen to Enemy! below on the Bandcamp player) 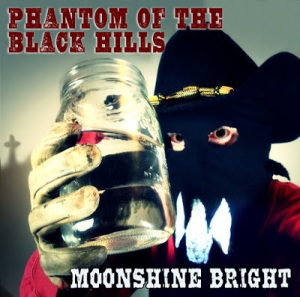 This was the album that somehow winged its way across the Broad Atlantic to me and saw me play it to death over the next few years. The highly-anticipated fourth album release  was again produced and mixed by The Cramps bassist Chopper Franklin and he captures the band absolutely perfectly. On Enemy! the banjo, fiddle and mandolin were to the front, so for Moonshine Bright it was time to grind the guitars up more. The result is as memorising mix of traditional country instruments with searing guitars, distorted vocals, intense sound effects and movie dialog. One of the most innovative bands around their songs are brutal missiles that encourage all to live a life of full freedom.

(Listen to Moonshine Bright below on the Bandcamp player) 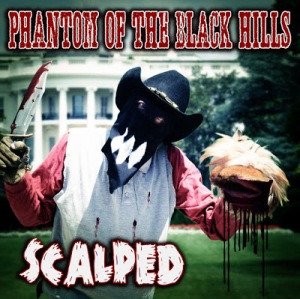 Which brings us nicely onto the Phantom Of The Black Hills last release and you can tell from the album sleeve who exactly they would like to scalp! Still blending a lively mix of styles from Southern Rock, punk, Alternative Country and a B-movie aesthetics but always experimenting and never standing still. For a band that don’t give anything away and pride themselves on their anonymity they had this to say about Scalped “our previous records have either leaned more toward the roots music or the aggro approach, but on ‘Scalped’ we’ve combined everything on one on album”.

(The first music video from Scalped, directed by Chopper Franklin and featuring Mather Louth from the Heathen Apostles)

(Listen to Scalped below on the Bandcamp player)

Phantom Of The Black Hills

Tagged: Phantom Of The Black Hills

2 thoughts on “PHANTOM OF THE BLACK HILLS”