Back in the early early days of the London Celtic Punks one of the first bands to get in touch with us from overseas happily turned out to be a band that would go on to become one of my favourite all-time Celtic-Punk bands, Lexington Field. Born in San Diego, California in 2009 they are a straight up punk-rock band but with fiddle right slap bang in the middle of proceedings and one in which it’s the fiddle that calls the tune!

It’s been only two years since their last EP Redwood and three since their last full length album, Greenwood, appeared but they have kept busy touring and playing festivals around North America and now on November 1st they have a double release of an album and a EP, Modern Times, on the same day! Certainly very ambitious and it actually goes against the rock’n’pop guidebook and I honestly don’t remember any band ever doing it before. The reasoning behind the decision to have two releases seems to be that while the album is much more rounded musically, carrying on perhaps from their acoustic EP Redwood where they re-recorded several of their old tunes, here they let their hair down and let their pop-punk roots show.

Modern Times begins with ‘Side By Side’ and from the off you just know that Lexington Field are back with a bang. Fast, heads down Celtic-Punk with a shedload of attitude and Bhoy oh Bhoy that fiddle! Cami’s playing is breathtaking and such an integral part of the songs here. This is why some bands may be Folk-Punk but will never be Celtic-Punk. Not that it matters to them as they have christened what they do as ‘Fiddle Rock.

As is Lexington Fields way they are are also a story telling band and here Beau tells a simple tale of love and a message of hope for all singletons!

It’s not just played fast its over pretty quickly too but the band don’t slow down on Modern Times at all. On ‘We Are Fearless’ its again the fiddle standing out but vocalist Beau has a great voice and his vocals fit in with the music perfectly. Pitched nicely between punk rock shouting and folky smoothness it’s easy to understand the words and the positive message springs forward. Next up is the track ‘Tracy Boys Know How To Party’ and the song is a follow up I’m sure to the 2011 song ‘Tracy Boys Fight The World’ which appeared on their album Old Dirt Road. The mythical (I think?) Irish family get another tribute to their hard drinking and hard living ways and what a life. Whiskey and pints are thrown back and the song has an unmistakable Irish air to it. A real mosh pit filler this one leading us into ‘Tip My Cap’ and they keep the speed up with Beau singing of friends and loyalty. Catchy as hell and so much energy I’m sure you’d be guaranteed a good time watching this motley crew. The EP ends with the title track ‘Modern Times’ and starting off with just Beau it soon becomes a loud affair. It’s got a rough edge to the recording of this song that only adds to the awesomeness of their sound. A great message as usual and a superb way to end the record. 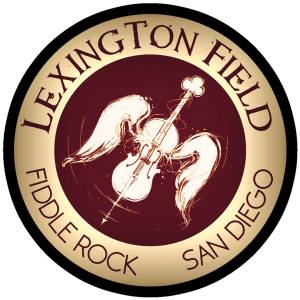 So we get five original songs coming in just short of fifteen minutes and for the initiated it’s a great place to start but for those of us who love Lexington Field I can’t say it’s a return to form as I’ve loved every single release from them! Each release is a real labour of love from them from the beautiful artwork to the heartfelt and positive lyrics. A fantastic taster for their new album Dreamers that we will review in the next few days, so be sure to come back and check that out. Rest assured it will receive glowing praise galore from us!

“We are very proud of all these songs and hope the positivity stands out and represents us as the artists we have become over this last decade. Our family, friends, and fans have supported us all these years, and both albums honor them. We are humbled, and very lucky to continue to create fiddle rock music in Lexington Field.”