They may have the strangest name in Celtic-Punk but Dutch band The Royal Spuds can also play a mean tune as evidenced on their fourth studio production, a brand new EP, titled Unforgotten Lore. 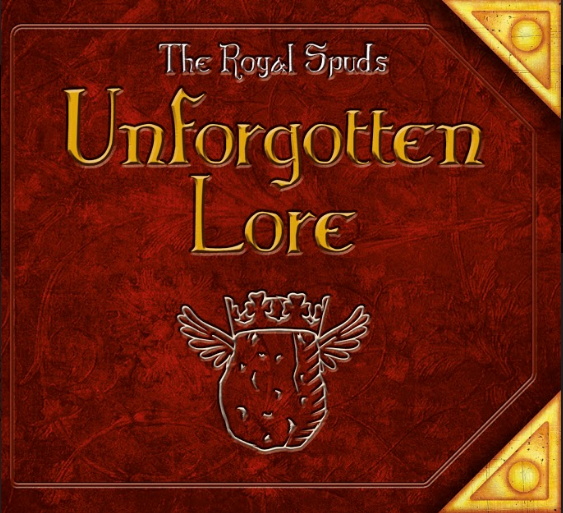 Wherever these guys got their name from I do not know but since their formation back in 2012 The royal Spuds have been pushing their version of Spud-Rock to the masses. It is certainly true that growing up in a Irish household you do come to the conclusion that the potato is king! Both their debut album Wanted Drunk and Alive and It’s A Feckin’ Freakshow were voted into the Top 10 and 20 over at Irish Pub Radio as well as reaching the heights in the Celtic-Folk-Punk site lists as well.

The boys have toured the length and breadth of the Netherlands and played most of the alternative festivals the country has to offer. They have even managed a tour of Ireland in 2015 and in 2017 ventured further afield across Europe and as they say

“just like any salty spud, once you have had a taste of their powerful music, you will be left craving for more”.

The Royal Spuds are of course available for gigs, festivals and concerts in the Netherlands and abroad.

Coming out in the gap between Christmas Day and New Years Day Forgotten Lore may not have been blessed the most perfect release date but they celebrated it well with a bumper sell-out gig in their home town. The EP begins with ‘The Arrival’ one of several songs here penned by lead singer Maarten. It is cut from the same cloth as the recent upsurge in acapello singing of songs like ‘Old Maui’. The sound of chains and the ocean with the boys belting out the chorus of “Unforgotten Lore”.

The song comes to an abrupt end and we are straight into ‘I’m Too Old For This’ and some fast paced melodic Celtic-Punk. The bends in Europe certainly love their flute and though I was late to realise that I actually liked it in Celtic-Punk I am most definitely a convert to it now and Mickey’s playing is superb. Chuck in a guitar solo as well as accordion, banjo and mandolin and we off to an absolute flyer. Needless to say Maarten’s vocals are as clear as the proverbial bell and his English as good (indeed better!) as any English speaking band you’ll find. Next up is the EP’s first cover song. The band have chosen well with ‘Johnny Jump Up’, a lively energetic trad Irish folk song that may surprise some in that it only dates from the 70’s. The song tells of an Cork man who gets in a whole load of trouble thanks to drinking too much extra-extra-strong cider. It’s a popular song on the circuit and deservedly so and The Royal Spuds do it justice.

Its played fast but with a style that would impress both folkies and punkers. ‘The Man’ is one of my favourites here and exposes in me what it is so good about Celtic-Punk generally. I find myself drawn to both the folky ballads and fast punk songs and ‘The Man’ is the closest they come to a ballad here, though not really that close really. Catchy and based somewhat, but no means exclusively, on the auld Pogues number ‘I’m A Man You Don’t Meet Everyday’ it’s a great wee number with all the Celtic instruments coming together beautifully with the vocal chords of the band getting a nice work out with the ‘OOOOOhhhhh’ chorus. The song speeds up at the end with a really nice Irish folk flourish showing these guys know wht they about. A more traditional Celtic-Punker follows with ‘Alley In Killarney’ a drinking song about getting lashed in Kerry. Mickey is back with accordion this time, the talented bastard!, and Maarten gives it a bit extra with the vocals. A cracker of a tune.

Too often Celtic-Punk is though to be only about the music of Irealnd and Scotland but their are seven Celtic nations and The Royal Spuds visit there next with the ‘Tri Martolod’. A traditional Breton song dated back to the 1800’s in Lower Brittany. Made famous by it’s recording by the famous Breton harpist Alan Stivell in the 1970’s. The Royal Spuds version is utterly fantastic and the highlight of the album for me. At a whopping six and a half minutes the song is given time to develop and not once do you start to tire of it. Beginning with a 70’s Folk-Rock vibe the song twists and turns even with time to inject a touch of ska into it. All the songs on Unforgotten Lore are sung in perfect in English and while we don’t mind that it’s not something that matters so was nice to hear the story of three young sailors who leave Brittany for Newfoundland and find love sung in it’s absolutely perfect native Breton! The EP ends with the jolly ‘The Last Wild Haggis’ and they go out on another high with a song about that elusive Scots creature the haggis. While the song almost punks out the band rein it in a bit stopping just short but another cracking song and given over five minutes to evolve. 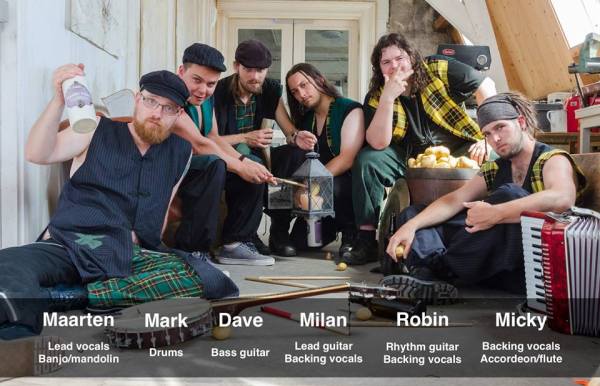 Their has always been a fantastic scene in the Netherlands and while the bands there do share some similarities they are all different enough to survive independently. The Royal Spuds are on the folkier side of things while still having more than enough punk to keep us all happy. An excellent EP that impressed me no end and to have a song in a Celtic language has even impressed me that bit more!