Bryan McPherson, a fiery, folk-playing, a native of Boston Massachusetts was called west to Los Angeles, California back in July of 2010. Bringing blue collared incendiary working class folk music fusing Americana, folk, alternative and punk all over America and Europe. 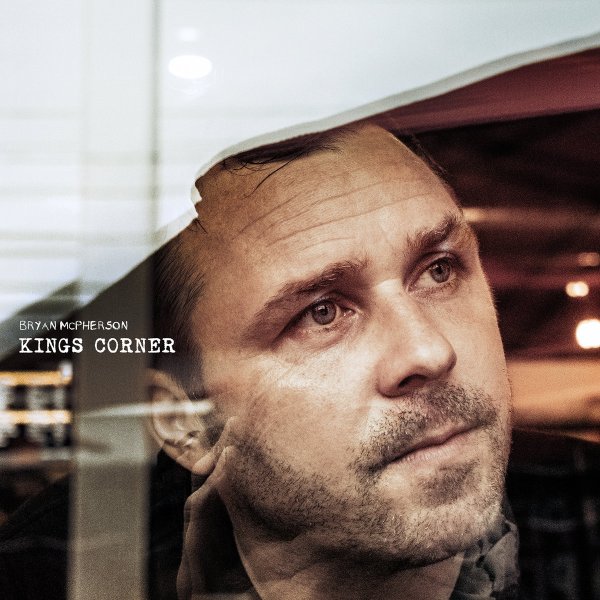 There’s a very good reason why Bryan McPherson has featured on the pages of London Celtic Punks more than any other artist. This will be his sixth time, after three album and two singles. Kings Corner is in fact kind of old Bryan anyway in that it is a bunch of old songs from Bryan’s past that he never recorded and has only played the odd time at shows for friends so in a way it pre-dates all his previous reviews. Having recorded his last album Wedgewood in 2015 he returned to his home town of Boston, Mass. in 2018 with a plan. That plan was to polish up and record demos of all the songs I had written since Wedgewood and then launch a Kickstarter campaign to bankroll a big time studio record! 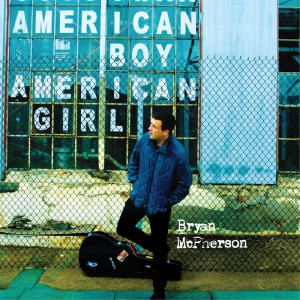 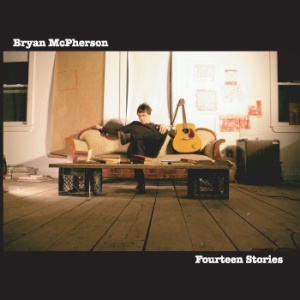 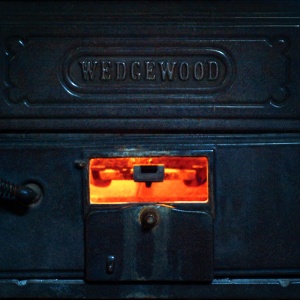 The memories of home and his past kicked in and before he knew it a new completely different album was on the horizon. After tinkering with some old songs, so old in fact that Bryan didn’t even have a copy of them on their original demo!, he thought it would be good to re-record them to give them out at shows and on the internet. Early on in the project though he realised the songs needed some work and that a quick recording session was not going to be enough. Some had to be completely re-written as in Bryan’s own words

“You see most of these songs are well over 15 years old and come from the very early days of my journey into music and songwriting. They come from some of the best and worst days of my life – coming of age and plummeting into the depths of drug and alcohol addiction, while running the streets of Boston in reckless abandon and cutting my teeth as a performer in the open mic scene of Cambridge Massachusetts, a world away from my neighbourhood of Dorchester, at the time.”

Born and raised in the blue collar working-class Irish-American Catholic neighbourhood of Dorchester, in Boston, and inspired as a kid by the energy and angst of punk, as well as the lyrically driven American folk songs of the early 1960’s Bryan has continued to play and record some of the best original music we have had the pleasure to feature. On his arrival home Bryan witnessed again the shocking impact of the opioid epidemic in his hometown. Deaths from addiction have soared over the last twenty years in the Boston area with many blaming the rise on the over prescription of opioids by doctors and as one Dr. Sushrut Jangi said in the Boston Globe

“It took doctors 20 years to help create this epidemic — but if we wake up to changing how we treat pain, we can more quickly contain its toll.”

Inspired to share these songs and a piece of his story Bryan set up some modest home recording gear in his Dad’s attic and got to work. Exactly the same as he had done all those years ago when recording that original demo tape. After listening to a few mixes of the songs by the great Willie Samuels back home in California, and after they were received well by friends he decided these songs needed a proper release so a crowd-funder was organised that Bryan’s fans and supporters rallied round to.

This album is aptly titled Kings Corner, the street corner Bryan and his mates hung out on in their youth spending many a day and night. The album begins with an short intro of Bryan talking about the album to a background of distorted sounds and acoustic guitar that ends with the quizzical line “Where did everybody go?”. We, the listener, can only guess. Bryan McPherson’s music can by no means be described as Celtic-Punk in the traditional sense but does in fact fit our remit exactly. Interesting, alternative music played with a fiery passion by a son of Erin. But that is only half of it. On the real album opener ‘Where Is Jane’ it is just Bryan accompanied by acoustic guitar and the passion that his voice is most famed for spills out into the airwaves and brings you directly into his world. Sadness and grief and the tremendous sense of loss of a dear friend told in ‘Game Over’ make the hairs stand up on the back of your neck. The addition of mournful harmonica only adding to the sadness felt. The songs here, as you could expect from such an eventful life littered with both tragedy and triumph, are gritty and beautiful as on the short ‘I Know How You Feel’ as Bryan explores the ghosts from his past and the rough road to recovery. These old songs from his old neighbourhood have come to life again and on ‘Everyday’ he tells of the everyday sometimes mundane life that went on in.
(Directed and edited by Bryan. Shot by Jason Stone and Bryan. Written and performed by Bryan and filmed in Dorchester, in Boston MA.)
The first single from Kings Corner was ‘Ghost Of My Hometown’ and a superb choice of song and the video too is inspired. Shot in plain and simple black and white Bryan takes us on a journey through the streets of his childhood and the ghosts of his hometown are not just the people but the city itself as gentrification has changed Boston making him a stranger and the communities that made Boston 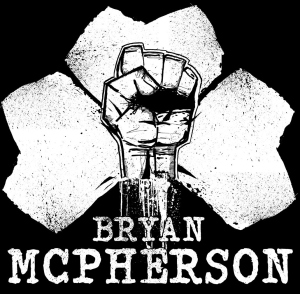 most famous have all but been dispersed to make way for the new order. A sad tale but told by all urban working class communities across the world. The horror of addiction is told again through ‘Mass Ave Story’ with just his guitar and a voice that is passionate and heartfelt and emotional and frail and powerful and uplifting all at the same time. His music is a very real journey through his own personal demons and is altogether mesmerising. Sometimes, as on ‘Living In The Red’ his words can chill you to the bone as he dissects American working class life. Never one to avoid difficult subjects Bryan tackles one of the most tragic episodes in American history next on ‘Jumper 9/11’ as he places himself in the shoes of someone on floor 102 of the Twin Towers on that terrible morning of 11th September, 2001. As the fire consumes the building and he has to make the stark choice of how he will perish. A song that could be in poor taste is anything but in the hands of Bryan McPherson as he portrays some of what may go through your head in those shoes. Beautiful. We nearing the end and the album’s longest song ‘See Me Fall’ with a lovely delicate guitar tune and harmonica and ends on a somewhat positive note as Bryan dedicates the song to all the friends and family that helped get him through to this point in his life. That’s not the end mind as ‘Chihuahua’ is tacked onto the end and a sly psychobilly-ish guitar track which despite the harshness of the previous thirty minutes will leave you smiling. 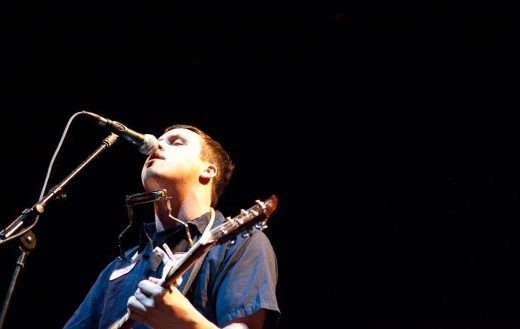 Street life, politics, addiction, prison, gentrification, the plight of the working class, broken dreams, discrimination litter the alleys of Bryan’s songs. Their are also moments of beauty and clarity as this modern day folk-punk troubadour brings us on the journey with him. Once again Bryan manages to come up with something that is gritty and heartfelt as well as beautiful, passionate and inspiring. As we have said before it may not be a fun roller coaster ride but the words are as honest as they are urgent. Come on every second counts!