Swedish band Captain Jack’s Army take in influences from Celtic-Rock, Swedish and American Folk, Ska, Reggae and just about every other genre that is guaranteed to put a smile on peoples faces. ‘Dance Together’ is the first of four singles coming our way this year so expect energetic, foot stomping anthems where smiling is contagious. 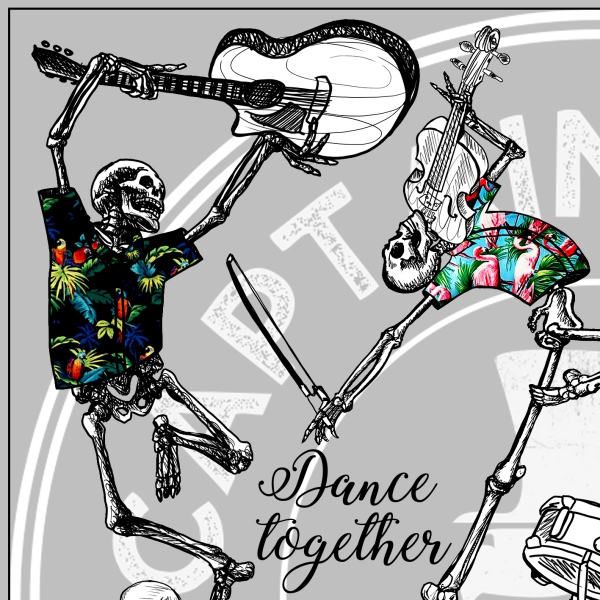 (chorus)
We Better dance together

Drink It up it’s time, time for the show
No turning back, let’s hit the floor
Bring It back and start moving your feet
The night Is yours just follow the beat
Cause when the day turns to night and your life Is going, and
you trying to get over what you lost
It’s time to let go and reach for the sky

Formed in 2011 in Linköping in Sweden five close friends came together with an idea to start a new band they could have fun with. All were involved in local punk and metal bands and the idea was to try something different from what they were used to playing. Having realised they were all big fans of the Dropkick Murphy’s and Flogging Molly it became obvious the direction they wanted to take. So it was that Captain Jack’s Army came into existence as a tribute band playing songs from the Murphy’s and the Molly’s. They band played their first gig in March of 2011 in Norrköping and having gone down an absolute storm they knew their next step must be to change focus from being a covers band to being their own band and go all in with Captain Jack’s Army. The following couple of years saw them build up both a decent following and also a solid reputation for their exciting live gigs. Having played the tribute circuit for a couple of years they finally got their first release under their belts with the One For All single which was soon followed by the Royal Arms EP which led to successful tours of Germany and the Czech Republic. 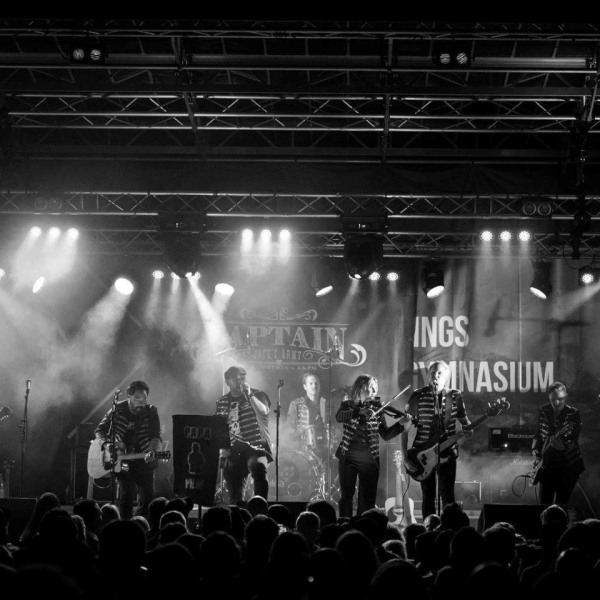 In 2015 the band mirrored that of their idols the Dropkick Murphys when they were approached to write and produce a song for the Linköping Ice-Hockey Club that would be used in the arena at every home game. The song ‘Drömmar gror vid Stångebro’ is still strongly associated to the city of Linköping and has racked up more than half a million streams on Spotify. Band members have come and gone, as they tend to do with Celtic-Punk bands, but the core of the group has remained and stayed true to the ideals that they had in the first place. In 2017 a couple more releases followed, including a Christmas song in Swedish called ‘Julen’ where four members alternated singing the verses for the first time. At home they have supported internationally known fellow Swedish Celtic-Punk band Sir Reg many times as well as other scene giants like The Rumjacks and Street Dogs. Which brings us up to 2019 and after successful returns to Czech Republic and Germany, to play the Hörnerfest Festival in Hamburg, the band decided to put out another EP with the novel approach of releasing one song at a time. After ‘Dance Together’ will be the original Captain Jack’s Army compositions ‘Insane’, ‘Say My Name’ and ‘Sail Away (With Me)’ songs that gather in many diverse influences but still keep the essence of Captain Jack’s Army. Today’s release ‘Dance Together’ is a happy-go-lucky tune which really does fulfil all the promises they make about getting you up on your feet and smiling. With seven members of the band backed up here on trumpet (which always accompanies Celtic-Punk really well I always think) the sound is full and the combination of Celtic and Ska is a real winner. Pär’s vocals are clear and just the right side of raspy and pure Rock’n’Roll while the band chime in and help with the ‘Whoa Oh Ohs’ during the chorus. Keep an eye on us or Captain Jack’s Army for the future releases. The four songs that will make up the EP promise, and will deliver I am sure, songs to make your arses move and dance to the groove.

That’s what Captain Jack’s Army is all about. Let’s just Dance Together.