Celtic-Punk band from Sweden Black Anemone bring even more chaos and mischief to the world with the release of their new album, Chasing the Sun. One of the harder bands in Celtic-Punk to pigeonhole they may draw from the likes of Flogging Molly and Dropkick Murphys but combine with their own influences to great effect. 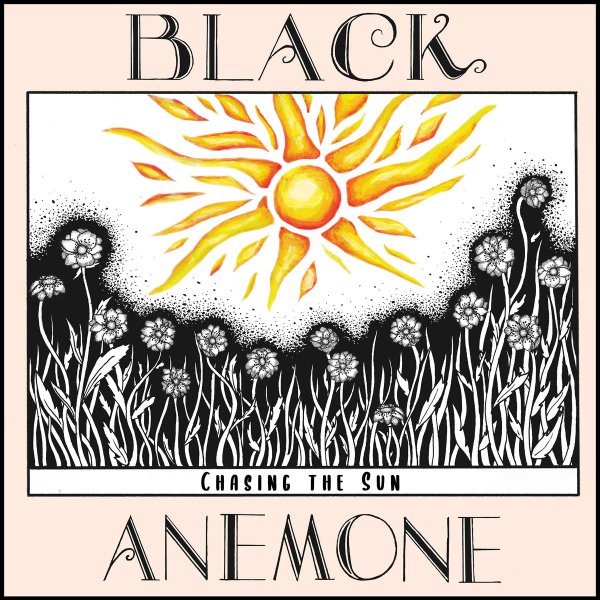 Black Anemone have used the power of social media to become one of the better known bands in the Celtic-Punk scene over the last few years. Always there with a supportive comment they have truly embraced the idea of #onecelticpunkfamily to their hearts. Chasing The Sun is the bands third full length studio album and so far they have all been received favourably by the various Celtic-Punk media and even outside, especially with their well produced and clever videos. Coming as they do from very near the river Lagan (not that one but the one in Jönköping in southern Sweden!) it may be no surprise the rocky road these young Scandinavians have taken.

Formed in 2010 and still at school when future vocalist Mattias came up with the idea of mixing “traditional folk music, mostly Irish trad and fusing it with Punk-Rock” and having recruited longtime friends Andy on guitar and Adam on drums they began rehearsals and others soon joined to fill in the gaps. Their first release was a demo the following year and later an EP titled Let The Freak-Show Begin’. In the later part of 2011 Black Anemone started working on their first full length album that would eventually come out in 2013. The album, King Of Kings won several local awards including ‘Best Act’ in their region and would appear in most of that years Celtic-Punk media’s Best Of’s. It would be four years till they followed this up with In It For Life as sadly, in common with a lot of Celtic-Punk bands, line up changes always seem to come at the most awkward moment. It was the first music we had heard of theirs are we were suitably impressed with their “combination of folk and punk and folkpunk all underpinned with the trad sounds of Ireland”. 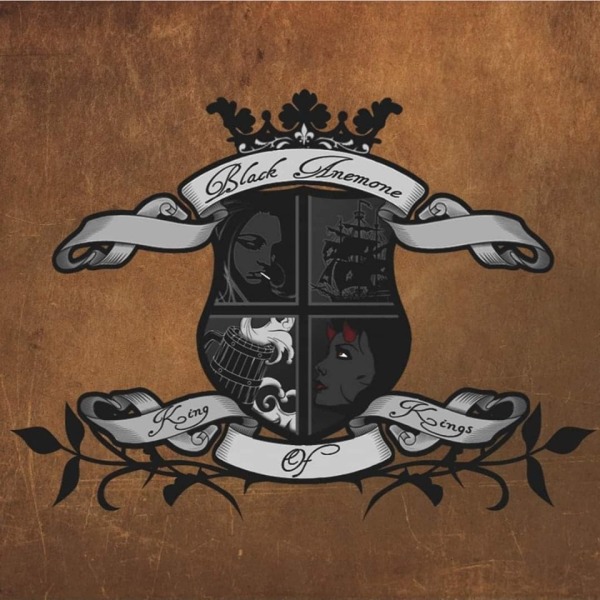 Opening with the first single from the album ‘Straight Back To Hell’ and its straight into what Black Anemone are best at. Lively, cheering Pop-Punky tunes as catchy as the hell their going straight back to! The video below is a perfect example of their art too. Not showy or overstated but works amazingly well and makes a change from the ‘band playing in a pub’ scenario.

The album takes several twists and turns and they tune on the Gaelic for ‘Drinking On A Sunday’ perhaps the most Irish sounding here. Needless to say its a corker and keeps up the lively approach of the opening song even time for a ‘slapyourhands/stampyourfeet’ interlude. ‘Voices From Bones’ begins with fiddle and banjo standing out while Mattias has a strong voice for both the rocky and more contemplative moments while unsurprisingly able to sing in perfect English. One my favourites here and at four and a half minutes it doesn’t drag its feet either. ‘Scream Of A Banshee’ showcases Stina’s amazing fiddle playing in a song with plenty of ‘Woaaaa’. The first slow track rolls in next sounding for all the world like a off cut from Rum, Sodomy And The Lash. While not quite a ballad ‘Letter To Lorelei’ is slow but still heavy and its Irish core leads nicely into ‘Templehouse Session’ where the Bhoys and Ghirls blast through 160 seconds of brilliantly played fast trad Irish folk. I love it when bands pull this pout of the bag proving to the Irish music purists that Celtic-Punk is more than just songs about drinking and fighting. The same purists were saying the same things in the 1960’s about The Dubliners! Title track ‘Chasing The Sun’ was the albums second single and coming out post-clampdown meant whatever idea they had for the video had to changed but they still manged to come up with something novel that looks great. Accordionist Fredrik takes over on vocals and while he may have the look of a Death-Metal head his voice is achingly tender.

Time now for that ballad and ‘The Willow Creek’ delivers it with gusto. Again its not a gentle thing. Instruments are pounded and the swirl is large. At near five minutes long it does well to fly past so quickly. Definitely a song for holding your pint up to the stage and clinging on to those you love and trust the most. Nearing the end now and ‘Wanderlust’ takes us back into Celtic-Punk territory again while ‘Far Away’ brings down the curtain on a thoroughly enjoyable forty odd minutes of original music.

Chasing The Sun came out on May Day it was recorded at Distmaskinen, mixed by Alexander Gabara and mastered by Ulf Blomberg. The sound is excellent and very clear and for a band with so many members that is some achievement. Celtic-Punk when played in the right spirit should be a joyous affair (even taking into account the rather dark subject matter of some of the scene’s most popular themes!) and on the evidence here Black Anemone have nailed it yet again.

(stream or download Chasing The Sun from the Bandcamp player below)

They got together in early May to play an acoustic Live Stream on Facebook so have a listen. Its just over a hour long and shows this band have a real talent for Irish Folk music.