Tasmanian devils The Dead Maggies are back with a new album recorded last year in Indonesia while on tour.

Stories of tragic Tasmanian folklore swashbuckling adventures of bush pirates and convict rebels set to upbeat toe-tapping thigh-slapping Cowpunk Folk-Punk, exploring the links between the past and present in their music and lyrics. 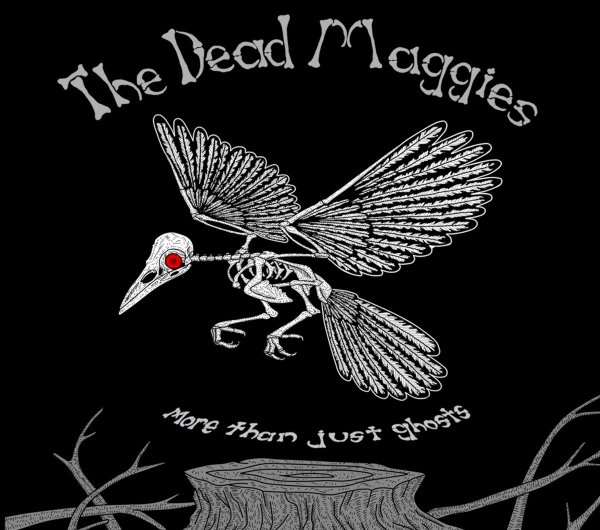 The Dead Maggies usually sing about dead people. In fact that is not just a statement of fact but also the name of their debut album! Founded in Tasmania in 2013 and taking their name from the then recently deceased, and much loved(!), ex-Prime Minister of Britain Margaret Thatcher. Tasmania is the island at the bottom of Australia 150 miles to the south of the Australian mainland. Half the country is still in exactly the same state it was when the British invaded in 1803 and christened the island Van Diemons Land. Tassie, as its known to its residents, was used primarily as a natural prison state to house convicts brought from Britain and Ireland convicted of crimes that ranged from murder and assault to stealing sheep or even bread. It’s this history that gives rise to the subject matter that The Dead Maggies find so fruitful.
(debut album The Dead Maggies Sing Songs About Dead People is available as a ‘Name Your Price’ download. This is the 2014 re-issue. Remixed and remastered with added violin)
and as you will tell from that debut album ‘The Dead Maggies do indeed Sing About Dead People’. Only seven songs which tell the history of the various sad endings of colourful characters from Tasmania’s history. Perfect Celtic-Punk subject matter. Taking the past and completely bringing it to life through song. Putting flesh and bones on figures from Tassie’s olden days and ensuring their legend lives on. 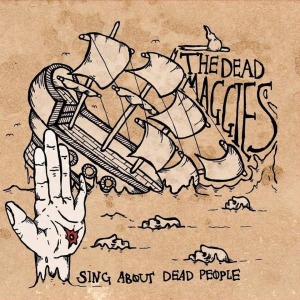 They followed that album up with 2015’s Well Hanged and again the past is presented up to us. Twelve tracks exploring the lives, battles, deaths and loves of ordinary people. The people whose history is being written out of the books and just the kind of history that children don’t learn at school but should do. The album was extremely well received featuring in all of that year’s end of year Best Of polls reaching #7 on our Best Of, #12 for Paddy Rock Radio (USA) and #18 for McSlons Irish Pub Radio. 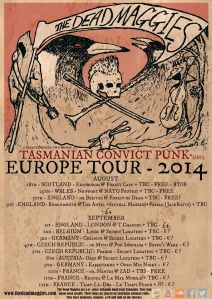 In among these releases were extensive tours of Europe including a visit to these shores which took them from one end to the other in a ramshackle tour culminating in one hell of a night at Tottenham Chances in 2014. They made a great compilation video of the tour that features some footage from that hot and sweaty night in North London and if you look closely you’ll spot some familiar faces in the crowd too. They continued their prolific output in 2017 with two EP’s released in quick succession with Wild Dogs And Flannies coming out in April and The Wild Folk in June both again focusing on stories set in the early days of Tasmania. They would return to these shores later that year with a couple of London dates sandwiched in between appearances at two of Britain’s largest festivals, Outcider and Boomtown. One of the scenes (they prefer to call themselves Folk-Punk) most traveled bands that became, as far as I know, the first Western Celtic/Folk-Punk band to tour Vietnam and then Indonesia. A country well known for its love of Irish music and Celtic-Punk. Whilst there they played with some of that country’s best bands (watch this space for The Cloves And The Tobacco’s new EP!) and also took the opportunity to record and mix More Than Just Ghosts. A truly international effort across the 5,566 km between Bandung, Java and Hobart, Tasmania.

The album came out just as the Covid clampdown started to bite meaning The Maggies had to cancel four months of touring and festivals all booked up. Rest assured though they will be rescheduling so keep an eye on things for new dates when all ‘this’ is over. For the first time here on More Than Just Ghosts the Maggies, more famous for writing their own material, have included traditional songs in among their original hard hitting Folk-Punk kicking off with the the trad ‘Mad Tom Of Bedlam’. Dating from early 17th Century England Bedlam in the title is the notorious London insane asylum Bethlam Royal Hospital. Told in three parts through the album its acapello re-telling is reminiscent of The Dreadnoughts. ‘Lacey’s Redemption’ follows directly on from the song ‘Matthew Brady’ as featured on Well Hanged and tells of George Lacey who betrayed Brady and carried the burden of guilt for the rest of his days seeking redemption by campaigning to close Sarah Island, Van Diemen’s Lands most notorious concentration camp or penal colony as it was known at the time.

The video was filmed and edited by Quinton Trembath while with The Dead Maggies in Indonesia and the bands energy is suitably portrayed. Musically its straight up Maggies with a catchy as feck tune with fiddle and banjo accompanied by double bass and even clarinet and Gruf Mongrel’s incredibly rich and powerful and distinctive voice. ‘The Tale Of Martin Cash’ is the tale of a gentleman bushranger. A sort of Robin Hood figure stealing from the rich but whether he gave to the poor is debatable.

A life rich in legend that he helped himself to forge being one of the few Aussie outlaw figures to die a peaceful death in his bed an old man in 1877.

Another rip roarer of a song which takes us into ‘Port Arthur’. A place memorable for being the site of a penal colony in the 1800’s and now a popular tourist destination and also the tragic site of a mass shooting in 1996 in which 35 people were killed and 23 wounded when a madman rampaged through the local area.

“And some shores just see more pain than most; Port Arthur is haunted by more than just ghosts”

A heartfelt and incredibly beautiful plea for gun control. The saga of ‘Mad Tom Of Bedlam’ continues before ‘The Diary Of Michael Howe’ tells us of another infamous bushranger. The Yorkshire born Michael was sentenced to seven years transportation for robbery arriving in Van Diemons Land in late 1812. He refused to cooperate with the guards escaping to join a group of other escaped convicts in the bush eventually rising to become their leader. He came to a sticky end having his brains bashed out by a greedy accomplice for as the Maggies point out

“I led the outlaw community, but makes it hard when they double your bounty”

Teresa takes over vocals for the first time for ‘Flash Mob’ telling of the women convicts who would not submit to servitude while ‘Paradise’ tells of Ephraim Doe transported in 1839. Slow and dirgy the song tells his story and you’d be hard pressed to find an album of recent years with as many lyrics as The Dead Maggies. They fit in poor Ephraim’s life story for example in only five minutes. ‘Mad Tom Of Bedlam’ comes to its conclusion as ‘Fire On The Ship’ blasts through ninety seconds and if its a true story then by God its hilarious!

‘Down To The Sea’ is another slow burner with mournful fiddle and a modern story of escape. This is followed by their cover of In The Pines a song you may not know until revealed by its better known name ‘Where Did You Sleep Last Night?’. Dating back to the 1870’s of the Southern Appalachian area of the United States it rose to fame in the modern age when recorded by Nirvana but a far superior version is the one recorded by Blues/Folk legend Lead Belly. It is thought over 160 different variations of the song exist and the Maggies play it pitched somewhere between Nirvana and Lead Belly and nail it perfectly. The final track here is a slow ballad dedicated to Australia’s next door neighbours ‘Indonesia’ and specifically the Javan punks from their recent tour. 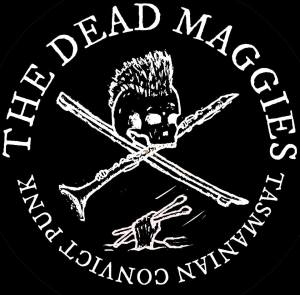 Our opinion on Aussie trad music is well known, there’s a wealth of bands playing such great music and all have that link to the past that the Dead Maggies do. Maybe that is what makes them so special. The Aussie scene shows no sign of slowing down either with bands like Meduas’s Wake, Handsome Young Strangers and Fox’N’Firkin making waves at home and abroad. There are two particularly good sites on Facebook, Aussie Celtic Punk’s and Australian Folk Punk Scene while The Dead Maggies themselves run the record label where I would recommend just about every single bloody release! Folk’Til Ya Punk Records is becoming the main hub to find all things Australian Celtic-Punk, Folk-Punk, Folk, Punk, Gypsy and Bluegrass related and all the artists on its roster are well worth supporting. Also if you’re going to get the album get it from the link provided below so that the band get the maximum amount of money without the vultures taking their cut.

In a human being’s short stint on this earth, no one should have time for death. But it fascinates us, draws us to it. It calls to us, begs us to enter its cold embrace. We worship death in sleep each night, and our band pays homage to it in our songs, as just another aspect of the cult of death.