Sydney based Celtic-Folk-Rockers Medusa’s Wake new single ‘War Of Independence’ has dropped over the weekend and as expected is bloody amazing!

If there was a World Cup to work out the best country for Celtic-Punk music, then without a doubt Australia would win it hands down every time. Not sure what they put in the water down under, but they continue to churn out the best Celtic-Punk bands over and over again! The latest band on every bodies lips is Medusa’s Wake from Sydney town. They released their debut album in 2018 and made waves immediately across the whole scene making all the Celtic-Punk end of year Best Of lists reaching #2 in the London Celtic Punks list, #3 for The Celtic Punkcast, #8 for Celtic-Folk-Punk And More, #9 for Mersey Celt Punks, #13 for Paddyrock and #17 for MacSlons so obviously a highly acclaimed album that even though it’s not a recent release I still find myself playing regularly. The album is still available for download below for the princely sum of $12 Aussie dollars which translates to a lot cheaper in the States , UK and Euros.

The song written by Medusa’s vocalist and native of the best county in Ireland at everything (Tipperary of course!) Eddie Lawlor, and tells of the Irish War Of Independence fought between 1919 and 1921. Just a couple of years after the failed Easter Rising and with An Gorta Mór (the so called ‘famine’) still in living memory when the British Government attempted to erase the Irish Catholic from the island of Ireland. Anger at British misrule reached a crescendo one night in January 1919 with the Solohead Ambush when members of the Tipperary Irish Republican Army ambushed the Royal Irish Constabulary. Two RIC officers were killed and their weapons and the explosives were seized. The Volunteers had not sought permission for their action and it is seen as the first engagement of the Irish War of Independence. 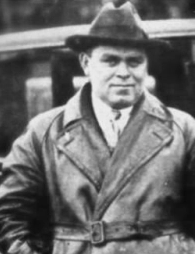 The War would only last a couple of years but would be a bloody and hard fought nominal victory for the Irish given that that victory would lead to the partition of Ireland and to a even more bloody Civil War that would see brother set against brother and comrade set against comrade. Tipperary where the song is set was the home to some of the most fierce battles and most loved figures of the War who fought tooth and nail to remove any trace of the British flag from Irish soil. Wedger Meagher was in fact the great gran uncle of Eddie and my own family were related to the Ryans much to my Grandad’s delight. How he use to regale me as a kid with stories and figures of the time and often my bedtime stories would be of exciting ambushes and battles that happened not in the Wild West and between cowboys and indians but between Irishmen and the British just a short walk from our family farm. The bravery of these men who were often farmers and students who fought against the best trained army in the world cannot be doubted and ought to be celebrated and remembered proudly just like in Eddie’s marvelous modern day rebel indie folk ballad.

The song is available on all digital streaming platforms. Have a listen, subscribe and share it around. ☘👍☘. You can stay informed with all the best in Australian Celtic-Punk and Folk-Punk by joining these two excellent Aussie Facebook groups AUSSIE CELTIC PUNKS andAUSTRALIAN FOLK PUNK SCENE where you will find some of the best Celtic-Punk out there.