Come is the eleventh studio album from nomadic troubadour Tim Holehouse and sees him drift away from his normal mutant delta blues to more Folk territory than on any of his previous records.
Recorded with a full band including lush strings and vocal harmonies this may not be typical London Celtic Punks fare but all the better for it! 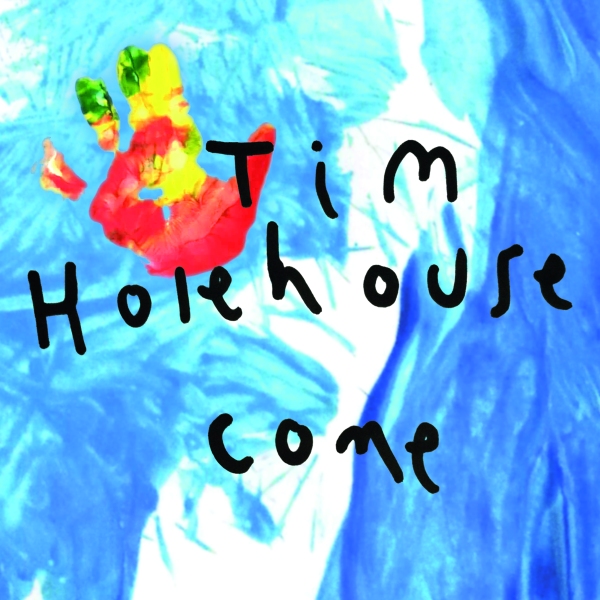 Back in May we were set to put on a double header gig starring London Celtic Punk regular TC Costello and a friend of his by the name of Tim Holehouse. Well it barely needs repeating what happened to the gig (rest assured though the date has only been postponed not cancelled!) but it fell to the great gig 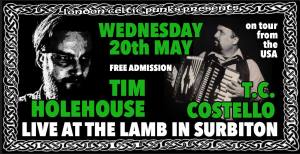 massacre of 2020. Pompey born Tim is not a artist I was familiar with before this and when I looked him up and saw he was in album release double figures I felt shivers go down my back. Now the last thing you want to be doing as a music reviewer is have the eleventh album release of an artist land on your doorstep. That’s just his studio albums as well he has a host of live and split recordings under his belt as well. It’s fifteen years since Tim began on the path that would change his life. Fifteen years on the road touring pretty much every country in Europe, Iceland, Japan, Australia, USA and Canada playing anywhere between 250-300 gigs a year continuing to seek new adventures and build upon the hard work he’s already put in. 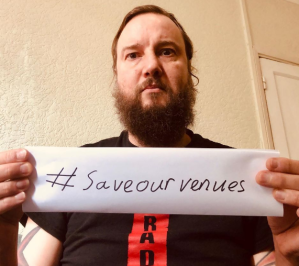 On the very first listen it struck me that it reminded me of someone but I couldn’t for the life of me think who. It was probably on the 20th listen seconds after I had shared that dilemma with TC Costello that I remembered who. Everlast. Yes he of Gaelic Hip-Hop legends House Of Pain. You may scoff but I’m sure anyone familiar with his solo work, especially the Countryfied ‘Whitey Ford’ material will get it straight away. How it is a man from the South coast of England can nail that American drawl is another thing but then if your thing is ‘mutant delta blues’ then it’s really not that difficult! As I said I’m not familiar with his previous work bar an afternoon spent whiling away watching his You Tube channel so Come is a new start for me. The album may be a nominally solo effort but here he is backed by a full band including a string trio and pedal steel guitar at Silent City Studio by Robert Hobson. Hobson is perhaps better known for producing hard rock albums, including those of A Forest Of Stars of which two members appear on this record. 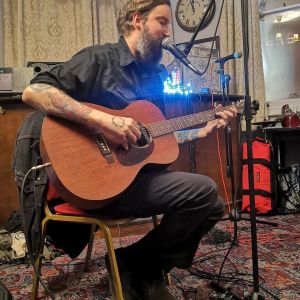 Written over five years it has been a real labour of love to get this album as perfect as possible and patience has paid off. After several listens I am forced to place Tim somewhere between the aforementioned Everlast, Bonnie Prince Billy (who the song Prince of the Palace is a tribute to) and off-kilter bands like Low or the sadly missed Noah And The Whale.  Come begins with ‘Numbers Game’ the American drawl taking us on the first of nine journeys. Gentle acoustic guitar and double bass gives way to a cello and Tim steps it up while still narrating his story to us. This may not be our usual fare but we are lovers of catchy music and this is as good as any I heard this year. I always compare it to how my Grandad gave it away he loved something musical. His foot would be tapping away or is standing he’d gently tap the side of his leg with his hand. This is that kind of music I think. It’s music to really listen too and take in. Maybe with headphones so you won’t miss the swirling melodies and numerous instruments going on.

‘Next up is ‘Averio’ and again its a cacophony (big word!) of instruments slotted together perfectly. Tim has only three rules 1) I will not appear in my own music videos! 2) I will not have my name or face on a shirt! 3) I will not sell my soul! so don’t expect to see him featured in any of the vids I have posted here from You Tube.

‘The albums two shortest songs follow ‘One Day’ and ‘Sleep’ both hovering around two minutes and consist mainly of heartfelt thoughts on life. ‘Prince Of The Palace’ as I already said is about the legendary Bonnie Prince Charlie. My mate Simon got me into him a few years ago but as he’s about the most prolific recording artist I have ever known I decided there and then that I couldn’t afford to be too much of a fan! Labelled a ‘Appalachian post-punk solipsist’ whatever that is I recommend his music to anyone likes who what they hear here and someone who performs

“a fragile sort-of warble frittering around haunted melodies in the American folk or country tradition”.

To be honest I thought he had died but no he’s still knocking them out and is well past his 30th album! Tim’s song is a glowing tribute and I can well imagine the Bonnie Prince giving it a go. ’24 Hours’ is my favourite song of the album with Tim’s drawl and the full band coming in given a bit of bite by drums. The story unfolds and the music changes direction several times but always in fitting with the original tune as it progresses through what seems a lot longer is only just over three minutes.

‘(I’m Not) Icarus’ rolls in next and continues with the lush melodies and singer/songwriter story telling style. The story of Icarus comes from Greek mythology who attempted to escape from Crete by means of wings that his father constructed from feathers and wax but flew too close to the sun causing his wings to melt and him to crash into the sea. Icarus’ story has come to symbolise recklessness and the defiance of limitations. Another fabulous song among many.

Steering up towards the end with two standout tracks the rocky ‘Placid Lake’ and ‘London’, Come’s longest song, where Tim takes us through the dirt and grime and anonymous streets where you can hide away. A grand song to see us out and the end of an album I can honestly say I never imagined I would get quite so into.

The album is out on Aahh!!! Real Records based in Cambridge a fiercely independent label proud to not specialise in any particularly style of music, but in good people with good ethics. Come comes in a gatefold CD and a rather beautiful special limited edition orange sunrise vinyl with alternate artwork. Tim plays his own music with his own lyrics and thoughts and is like the best music inspired by all good music. Punk, Hardcore, Blues, Jazz, Country, Metal and even electronic music it’s all the mix somewhere.

“I’m not very keen to be boxed in as a song writer of a certain style. Each album has a different take on myself and the music is very much written from the heart about subjects I either am interested in or personal experiences.”

Good music is good music right? A rather excellent album that will be on my playlist for a long time after this review has passed into the ether and an artist I look forward to seeing a lot more of too. I’ll end this review with Tim’s catchphrase borrowed from one of his favourite films, Bill and Ted’s excellent adventure…

“Be excellent to each other!”

(You can listen to Come on the Bandcamp player below)

Tim will performing live over on the London Celtic Punks Facebook page on Thursday 20th August from 8pm for a hour of Mutant music for people who are excellent to everybody! Expect anything from Hardcore-Punk to Jazz to Trip-Hop anything can happen. He hasn’t told us what he has planned!!