The next in our series of ‘Classic Album Reviews’ this time features Scottish Folk-Rock group The Humblebums. Formed in 1965 by Billy Connolly and Tam Harvey it was the arrival of the soon to be legendary singer-songwriter Gerry Rafferty in 1969 that would see the band move in a new direction with Gerry’s sensitive, beautifully written songs and Billy’s anarchic humour combining magnificently, especially here on their last album before they split the following year.

Billy Connolly and guitarist Tam Harvey founded The Humblebums in 1965, both having been regulars on the Glasgow folk circuit while Connolly had also been playing old-time country music in The Skillet Lickers. The bands name coming from a Connolly quip that,

“I am humble and Tam Harvey is a bum.”

The duo quickly became popular due in no small part to Billy and his between-song patter, which over time became a much larger part of their act and would eventually lead Billy Connolly to superstardom! The band was active from 1965 to 1971 and recorded their debut album, First Collection of Merrie Melodies, in 1969 for Transatlantic Records. Regulars in the Old Scotia Bar. Billy sang, played banjo and guitar, and entertained the audience with his humorous introductions to the songs while Tam was an accomplished bluegrass guitarist. 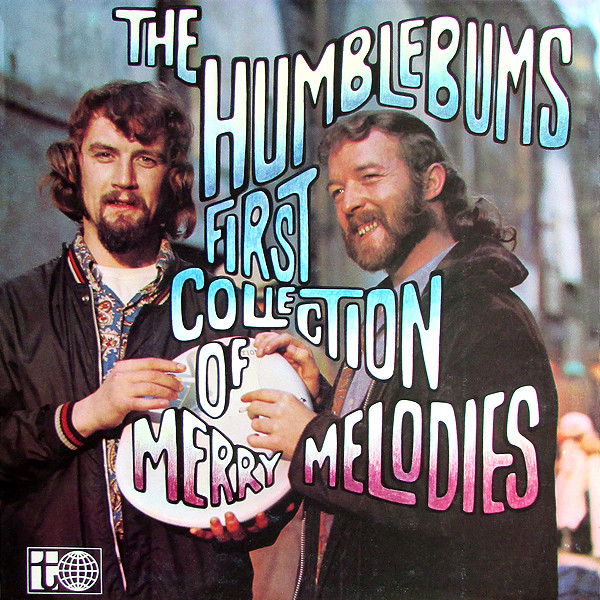 They were soon joined by Gerry Rafferty, who would also go on to superstardom, and for a short while performed as a trio. Tam soon departed and the remaining twosome recorded two more albums, The New Humblebums (perhaps most famous for the Gerry Rafferty penned ‘Her Father Didn’t Like Me Anyway) and Open Up The Door, before going their separate and lucrative ways. Their repertoire back then was split between trad Folk songs and songs penned by each of them. Billy Connolly is much 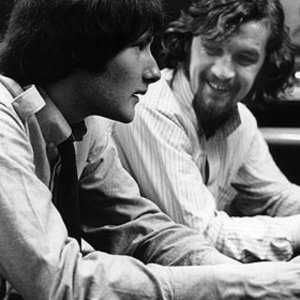 better known these days as a stand up comedian whose appeal has lasted over four decades now. Even as a comedian he still managed to put out some great music including his #1 parody of Tammy Wynette’s song ‘D.I.V.O.R.C.E.’ and the Village People’s ‘In the Navy’, subtlety changed to ‘In the Brownies’. Encouraged by his audience reaction Billy Connolly began to put more and more effort into his comedic side and in 1974 the release of the live double album, Solo Concert would take him far beyond Glasgow. But it was a appearance on the Michael Parkinson Show in 1975, where he had Parky in stitches with a joke, rather risque for the time, about a man burying his wife ‘posterior up’ that showed he was set for stardom and he never looked back. His years in the Glasgow Folk scene gave him ample material for his stand up and soon his natural ability and popular appeal saw him also appear in countless films and television work. A true working class folk hero in every sense. Gerry Rafferty, would after the Humblebums, record the solo album, Can I Have My Money Back?, and then formed Stealers Wheel before eventually emerging as a major recording act with Baker Street who would record mega-hits like ‘Stuck In The Middle With You‘, (if you saw Reservoir Dogs you might remember the scene where Michael Madsen’s character, Mr. Blonde, tortures a captured Policeman whilst doing a little dance to this jaunty tune) ‘Star’ and the worldwide smash hit ‘Baker Street‘ in 1978 and would continue to perform to legions of adoring fans till around 2008 when he shunned the limelight. Sadly the death of his elder brother in 1995 affected him greatly from which family and friends said he never fully recovered and he slunk into alcohol abuse which would ultimately contribute to his death of liver failure on the 4th January, 2011.

Billy Connolly is quoted as saying of his friend and former bandmate:

“Gerry Rafferty was a hugely talented songwriter and singer who will be greatly missed. I was privileged to have spent my formative years working with Gerry and there remained a strong bond of friendship between us that lasted until his untimely death. Gerry had extraordinary gifts and his premature passing deprives the world of a true genius.”

Both men came from Irish Catholic working class backgrounds and it was perhaps this that led to such a wonderful partnership in the Humblebums with their different approaches working wonderfully together. Plenty of songs from these days would re-appear over the years on Billy’s many comedy albums and on Gerry Rafferty compilations and all were re-released in the aftermath of the duos rise to international stardom. 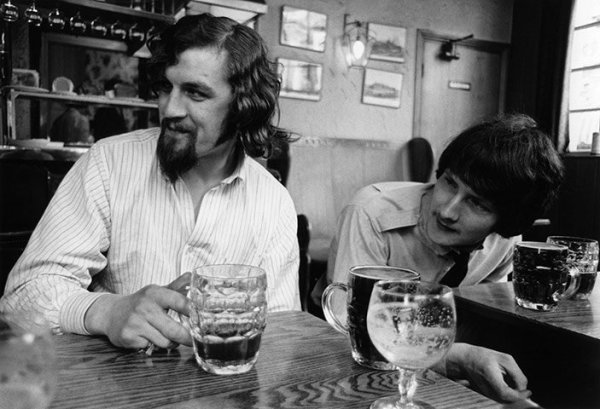 Open The Door was the duos last album and sees them backed up by several of the bands friends to flesh out the songs somewhat. One of the nice things here is that both Gerry and Billy sing their own songs and while both are quite different they complement each other perfectly. For Gerry the influence of The Beatles can be heard while for Billy its hardcore Folk and Blues that comes through. The albums biggest hit was ‘Shoeshine Boy’ outselling everything in Scotland but failing to attract much interest in the rest of the UK. However, there was disagreement about the direction of the band and Billy’s off stage drinking had got out of hand and he had become unwell. Gerry’s material having a more serious side and with Billy’s humorous offerings and that in-between song patter taking up more and more of the Humblebums show time, it reached a point where Gerry wanted the comedy cut out altogether. Also with the recordings now using extra musicians it made it harder to replicate the record on stage as a duo and it came as no surprise to those who knew them when the Humblebums broke up in 1971.

Both guys went on to far bigger things but we can be grateful for the three albums they did record.