Ogras are a six piece Celtic-Punk band from Norway that shot to fame this year with the release of No Love In The City acclaimed as one of the best Celtic-Punk albums of 2020. 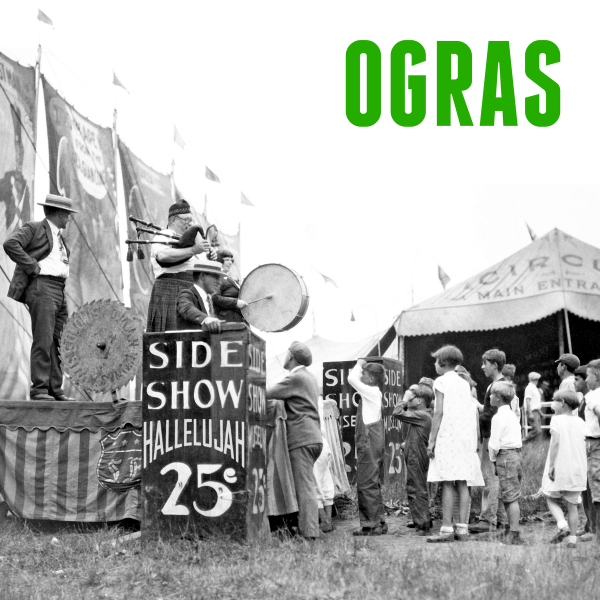 Back in April an album dropped through the digital letterbox at London Celtic Punks Towers that’s fair to say blew us all away. No Love In The City, the second full length studio album from Celtic-Rockers Ogras from western Norway, hasn’t been off our stereo since! On Friday they released their new single recorded in the world renowned studio Ocean Sounds Recordings and accompanied by a music video, shot in Aalesund. Joining Ogras on bagpipes is Anders Norudde, from the famous Swedish Folk music band Hedningarna/The Heathens.

The song will be available for download (on iTunes Music Store and others) as well as for streaming.

No Love In The City stands out as one of the highlights of 2020 and it’s great to hear new music from the guys. They promise another single release in early 2021 before their next album, due next year.

“No Love In The City came as a complete surprise to me. Expecting wild Poguesy style Irish Folk what we actually get is on of the most imaginative and novel Celtic-Punk records of recent years. With it’s tales of circus strong men and disasters and bleak dark themes all wrapped in music that stays firmly in its own lane with influences from the American scene that we don’t often hear in Europe and from the East that Ogras incorporate into their own sound. A truly magnificent record and one that be can already be guaranteed to be one of the albums of the year.”

Not only that but they also had one of the standout Live Streams since the ‘clampdown’ playing a full band set aboard the MS Progress a 1914 built former fishing boat these guys showed why are they rapidly gaining a name for themselves in the Celtic-Punk scene. Well they just re-mastered and re-cut the show and put it up on You Tube so please I implore you to make yourself comfortable and feast your eyes and your ears on this magnificent production.