The Pogues. The Mahones. Flogging Molly. The Dropkicks. All bands who’ve made their mark on the Celtic-Punk genre. But we can’t forget the lesser-known bands too, the musicians working tirelessly to keep the flag up and flyin’! In his first guest post, Andy Beck (aka. The Celtic Punk Author) showcases the old and new from his small, but growing Celtic Punk playlist on Spotify. 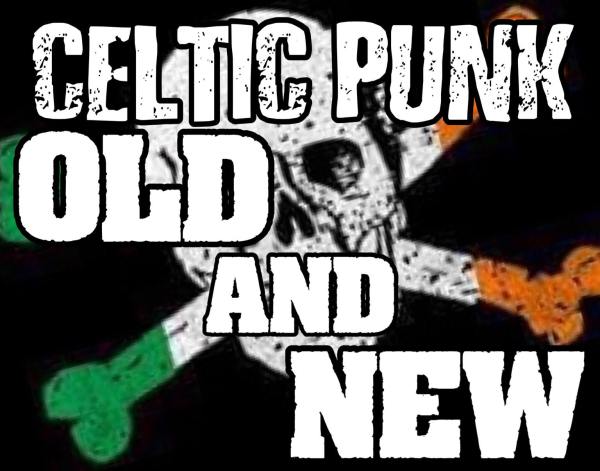 We kick things off with Sir Reg, an energetic six-piece from Sweden with a top Irish singer in Brendan Sheehy. “Giving It Up (The Drink)” is a prime example of what these guys can do, arguably bettered only by the irresistible “FOOL (Fight Of Our Lives)”. This outstanding track appears further down the playlist, and is taken from the same album, 2018’s The Underdogs.

If Reg are still too well-known for ya, then how about the acoustic fun of Anthony Leclair? “A Prayer To Spirits” is an expletive-laden number that sits finely among the rest (before proceeding to fall drunk under the table). “Jack Daniels can just fuck right off, I’d rather drink shite beer”, is how it goes. And I can get behind that. Sorry, but you’re talking to a single malts guy who’s visited about half the distilleries in Scotland, so mine’s a Lagavulin 16.

One more fun acoustic one before we get back into the heavier shit. Check out “McGuffin” by an outfit called Gypsy Rebel Rabble, hailing from Dublin’s fair city. This song was written about a man with some sort of grudge, and an unstoppable urge for revenge, and I’ve been hooked on it since first it was recommended to me. So be sure to give that one a spin for proof that Celtic punk don’t always gotta be distorted. 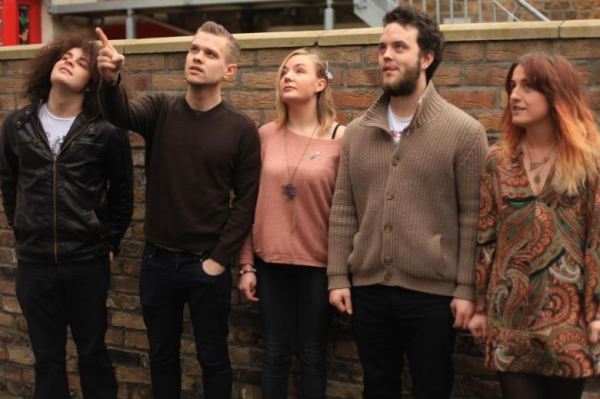 Gypsy Rebel Rabble hail from Dublin. Give the uptempo “McGuffin” a spin!

If you’re lookin’ for Celtic music beyond the Celtic countries, you’ll go a long way to find a more fertile place than Germany. There are about a dozen Irish pubs in Berlin alone, and I’m unashamed to tell you that it’s precisely this fine city that got me into Irish music properly. I lived there for 6 years, travelled around the country a bit, and came across a number of awesome acts who can hold a candle (and a Guinness) to any Irish, Scottish, American or Canadian folk punk band out there.

On the playlist, we kick shit off with The Feelgood McLouds. If “McGuffin” (see above) had me hooked from the go, so did these guys’ track “Dirty Bastards”. It’s a catchy offering by the Saarland group, with lyrics about camaraderie and a bagpipe leading the tune against a wall of distorted guitars. I challenge you to listen to it and not start nodding your head, tapping your feet or whatever the feck else one does when enjoyin’ a tune.

Another band you shouldn’t miss is the Kilkenny Knights. I had the honour of playing the same festival as these guys in 2015, when they won the Newcomer Award that my old band The Celtic Gobshites had won the previous year. And sure enough, “A Drinker’s Song” boasts a catchy accordion riff that takes me right back to them Irish pubs and mediaeval markets that I loved so well.

No reference to German Celtic punk would be complete without a nod to the kings of ’em all – Fiddler’s Green. These guys organise an entire festival every year in North Bavaria, known as the Shamrock Castle Festival, and it would have taken place this year too had it not been for that bastard virus. Still, “John Kanaka” is the band’s fine-ass reworking of an old Hawaiian sea shanty, complete with beer cup antics before the guitars and drums knock your ears into gear. “Yindy” is another one I chucked on the playlist, with fun – albeit slightly silly – lyrics to keep ye grinning. 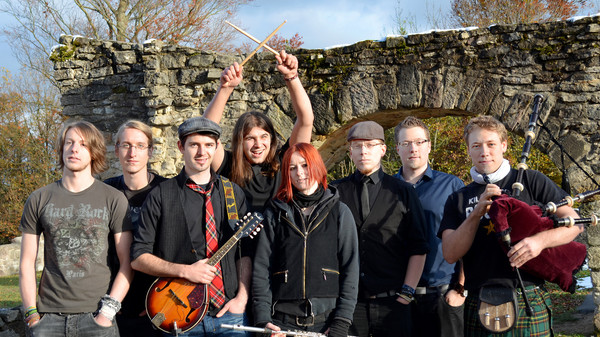 The Kilkenny Knights, all the way from Coburg, Germany

I’ll leave yers with a few surprise tracks that ye may not have expected on a Celtic punk playlist. Ever heard of Saor Patrol? If no, these guys are aboot as Scottish as it gets, ya wee bawbags. They’re a pipes and drums band whose proceeds go entirely to the Clanranald Trust, an educational establishment that preserves and spreads medieval Scottish culture. “Three Wee Jigs” is a perfect example o’ how these guys can rock ya socks off, so stick it on, crank the volume and go mental.

If the Germans had ya riveted earlier with their take on the music, then check out French outfit Toxic Frogs too. This all-female act knows how to sing, scream and folk with the best of ’em. The lyrics are admittedly a tad difficult to understand, but show me a punk fan who cares much about that and I’ll show ya a bad seed.

Last of all – but by nae means least – I have to cite the mighty Alestorm! Though pirate metal is these dudes’ specialty rather than Celtic punk, I believe they deserve a spot or two on the playlist. Almost all of their songs are about pirates and sailing the seven seas, so the outrageously funny “Wooden Leg” will surely not disappoint! Check it out, but be prepared to be hooked (no pun intended).

So where’s the damn playlist, then?

If ya like what you hear, the creator would sure appreciate a like. Feel free to tell someone else about it if ya think they’d like it too (in English: please share). Got any recommendations for what should be on the ol’ list? Send ’em to The Celtic Punk Author on Instagram -> @thecelticpunkauthor

Sláinte mhaith and enjoy the ceol, ya bollockses x