The missing link between The Levellers and the Dropkick Murphys! 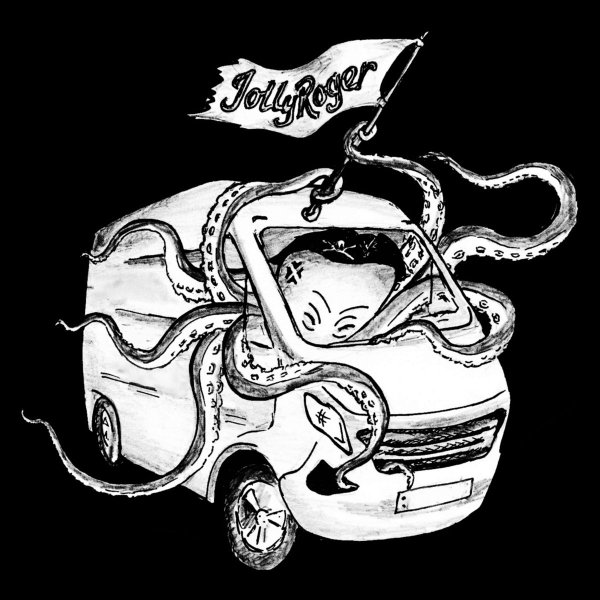 We recently said that their was often no more than a fag paper between Celtic-Punk and it’s little offshoot Pirate-Punk. The same melodies, the same instruments and often the same songs and above all the need to have a good time and often with lashings of alcohol. There are several bands in the UK that play Pirate themed music and several more that often stray into the genre, the MIA Matilda’s Scoundrels for one and Black Water County for another. It’s no mistake that both these bands come from the South coast from areas with long histories of smuggling and rebellion both quiet and not-so-quiet! It can be said that the widespread smuggling trade in the 18th century along the South coast has led to a disrespect for the law. A disrespect that while it doesn’t see riots on the streets it manifests itself in ignoring any laws that the locals don’t agree with! 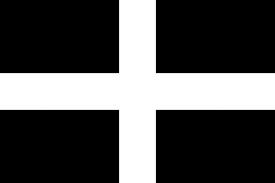 Jolly Roger hail from Penzance in Cornwall. A town world famous for pirates now for over 200 years and also as I’m sure you know one of the Celtic nations with strong links to both Brittany and Wales in both custom and language. The band like to think that they ‘fall somewhere between the sound of The Dropkick Murphys and Levellers’ but I think that’s just advertising flannel and no harm in that. We’re masters at it after all but their sound is much more laid back while being raucous at the same time. Coming from Penzance they couldn’t fail to be be inspired by the sea but these guys are not stuck in the 18th century even though they do sometimes sound like it. Nautical metaphors and pirate history and songs about serious issues like mental health but done in a light hearted vein alongside more standard fare like drinking songs and enjoying the better things in life.

The band have just completed a successful ‘Kickstarter’ campaign where they raised the necessary readies to buy a new band van so hopefully we’ll be seeing them around the place in the coming months now that it seems gig restrictions have been lifted. This past Summer has seen them take the stage at various local festivals as well as the Plymouth Punx Picnic.

‘’Quitting our jobs to start a pirate band and live our dreams is worth it every day. If you haven’t already tried this, we thoroughly recommend’’

but they have already racked up an incredible 300+ gigs sine they formed in 2019 and this despite the lockdown! They have a few releases out there all available on their Bandcamp page and all very reasonably priced too. I think they may have been one of the busiest bands of 2020! A year that saw the release of Turns Out, We’re Swingers​.​.​. where Jolly Roger took three of their favourite songs and re-imagined them in ‘swing’ style and shortly after came yet another EP Silent Mountain and after that their self-titled debut album came after and then just six months later saw another EP Jolly For All. Phew!!! This year they have done bugger in comparison so I’m sure they happy to see new EP Ship Or Bust hit the shops yesterday and we are very happy to be one of the first to run our rule over it. 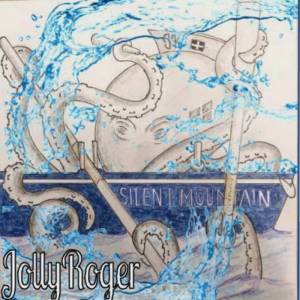 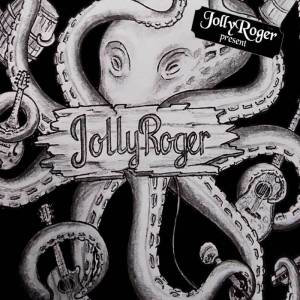 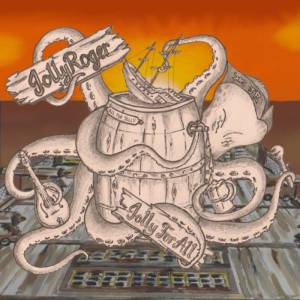 The EP begins with ‘King-Fisher’ and yep it’s super high-energy from the off. Almost all acoustic except for bass with guitars loud in the mix and flute. The opening song starts off as a bit of a mish mash before settling down into a giddy wee number not a million miles away from 70’s ‘Psych Folk’. ‘We Rise’ is the bands ‘covid’ song and as they say

“we were not all in the same boat throughout these last 2 years, but we sure were weathering the same storm”.

It’s a great song and you can hear those Celtic-Punk influences clear as a bell. I daresay a bit of Punk-Rock electric guitar would just move them over but these Pirate bands are stubborn! The next song is for me the EP’s standout track and bejaysus they don’t come any catchier than this.

‘Aboard!’ was the lead single of the EP and was released on Cornwall’s national day, St Piran’s Day on 5th March. Simply marvellous and sure to give your feet a good work out on hearing it. All the songs here are highly contagious and incredible catchy but it’s the simple arrangements that give it that bit extra. There’s no frills they are not needed as on ‘Michael The Menace’ where the band just seem to do their thing naturally. The EP’s ends with ‘Reach Out’ and they even went so far as to record a simple video with Lady Of The Sea chatting about the meaning of the song. Dedicated to all fellow shipmates in a gently beautiful well meaning song. They acknowledge that it’s because of their fans that they couldn’t do what they do and while it’s obviously a great thing to see that the relationship between bands and fans seems to be closing bands should always remember that we the fans get far more out this relationship then they do.

Jolly Roger formed in 2019 with absolutely zero previous experience in music but have sailed the waters of the South-West music scene admirably with their eclectic mix of shanty vibes, humour and dare I say it Celtic-Punk all done with a metal head mentality. Now with a (fairly) new van they are looking to get out and about and have big plans for a nationwide busking tour so get in touch if you want them washing up in your town. We were a bit late to the Jolly Roger party not that they noticed as they were doing pretty damn good without us but it’s time for them to cut the strings and start going national and these songs are crying out to be heard to be live.

(You can stream, download or buy the CD of Ship Or Bust from the bands Bandcamp page and don’t forget to check out their previous releases while you are there!)

(Back when everyone was doing Live Streams Jolly Roger were no different and here’s their patched together live stream recorded at the Rock Bottom Bar in Plymouth. A few minor glitches but real music isn’t suppose to be perfect!)

"It's been a great ride. Thanks for coming along. So long and thanks for all the drinks".