The latest in our series of reviews of albums from the past that deserve to be aired again! Folk Friends was two volumes of music released in 1978 and 1980 featuring a wealth of Folk music artists live in session in Germany. Almost four hours of music and all available to download for free. The first volume was published last week and today is Volume Two. 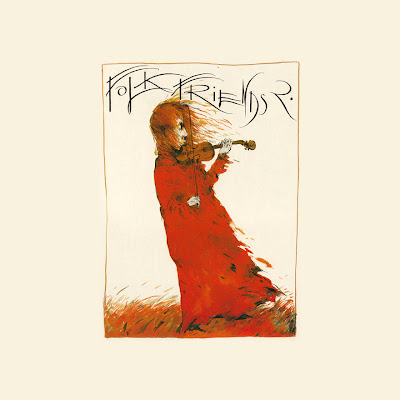 Folk Friends was a series of two albums recorded live in Germany and featuring a broad selection of artists from Ireland, Germany, England, Scotland and the USA. The music here takes in traditional Celtic Folk, American Blues-inspired Folk and even some German traditional music. Both volumes of the albums were recorded at Hannes Wader’s home and studio, Windmühle ‘Fortuna’, Struckum near Husum, North Friesland, which was a renovated windmill. The sessions would produce two 90-minute double vinyl albums with the first volume released in 1978 and then Volume 2 appearing two years later. While most compilation albums of this type would feature songs from different times and releases this is a historic record of all the artists playing either solo or together over a few days and is a truly unique recording of these sessions of outstanding musicians and friends.

Folk Friends Volume two was recorded between 16-28 October 1980 at the ‘windmühle’ and was again produced by Carsten Linde and recorded and mastered by Günter Pauler.

“Folk Friends” isn’t just the name of a folk group. They are not a permanent formation, but a friendly network of folk singers and musicians from different countries. The “Folk Friends” come from Germany, the USA, Ireland, Scotland and England. They know each other very well, some of their friendships have lasted for decades. Despite different backgrounds and languages, they still have a lot in common.

They are all professional singers. They live from the income they earn through performances, their own concerts, records, books, radio and television programs and their own compositions, texts and arrangements. They sing their own songs or folk songs and are paid for it. They play the folk music of their home countries and receive fees from the promoters who engage them. That was not always so.
Each of them was an amateur to begin with. Everyone started out making music because they liked it. In those times they couldn’t make a living from their songs or folk music. There were hardly any opportunities to perform and only a few professional folk musicians in each country. Each of the “Folk Friends” was once a street singer, singing on a busy corner, in front of cinemas or in squares for passers-by who threw a few coins into their hats or guitar cases.
Guy Carawan was already singing at the crossroads of Los Angeles and other Californian cities in the 1950s. Derroll Adams and Ramblin’ Jack Elliott hitchhiked through the USA and came to Europe as traveling singers, where they sang to the people on the street every evening between 1957 and 1962, mainly in the Paris bohemian district of Monmartre. Finbar Furey was already playing Irish gypsy music in small pubs and at carnivals with his father Ted when he was 12 years old. Alex Campbell and Wizz Jones sang folk songs in front of London Underground stations. Hannes Wader and Werner Lämmerhirt made street music on the Kurfürstendamm before they were allowed to play in Berlin’s artist and student pubs for little money.
They all crossed paths at different times. They met at festivals or after concerts. They met each other by chance on the street in Basel or Copenhagen. They sat down together, made music together, talked about their lives, talked about friends and acquaintances, about politics and art. Despite occasional language difficulties, they got along well. Thus, from the intersection of their encounters and similar living conditions, trust and friendships developed, which deepened more and more. They received musical inspiration from each other, some of whom occasionally performed together or helped each other with record productions. They speak a very similar musical language.
What connects them all is the conception of their work and their music. They do not understand folk music or folk music as romantic “field, forest and meadow folklore”. They not only sing love songs or songs from ancient times that touch the heart, but also songs that tell of people’s struggle for democracy and freedom. They sing traditional songs against oppression and paternalism. They sing songs that still ring shrill in the ears of the powerful and they don’t like because they take sides for the interests of the so-called “little man”. So they see their songs as political songs. They stand in a long tradition, which they creatively develop for today’s times and circumstances. They also sing because they believe in progress that consists in
And they have something else in common: they belong to the generation of musicians who, over the years and decades since the Second World War, have helped to establish folk music as a separate genre alongside rock, jazz, classical and pop music. Most of them have had a great influence on many younger – and in some cases more commercially successful – musicians and singers and have helped to establish and keep alive the so-called “folk scene” in their countries. Of course, this is the work of many and not a few folk friends.
The 15 musicians, who performed some of their favorite songs with a lot of personal commitment and audible joy of playing in changing groups or solo, had complete control over the repertoire selection, the arrangements and the sound of the recordings in this production.