The London Celtic Punks are a group of people living in or with connections to London. We are dedicated to the promotion of Celtic-Punk music. That’s the traditional folk music of the Celtic nations (Ireland/Eire, Isle Of Man/Mannin, Scotland/Alba, Wales/Cymru, Cornwall/Kernow, Brittany/Breizh, Galicia/Galiza and Astures) mixed with rock’n’punk. We’re here to help bands with gigs and to support Celtic-Punk as well as Celtic music and culture. If you’re in a band and are interested in playing then get in touch with us. We are also a sort of unofficial Celtic supporters club for drunx, punx, vagabonds and layabouts! We get together for the big games otherwise we’re divided up among the many Supporters Clubs around London. Check the ‘Celtic Pubs/Clubs in London’ section for the nearest one to you. Come and get involved on a personal basis you don’t have to be of a Celtic background or support Celtic. The London Celtic Punks has no formal membership we are bonded by spirit not subscription.

NOT FOR PROFIT – NOT FOR GREED

Any money we raise through our merchandise sales is ploughed back into the scene in two ways. By paying for all gig expenses so the door monies go direct to the band and by subsidising our infamous London Celtic Punks stickers. We stand against discrimination of any kind and it will not be tolerated on any of London Celtic Punk’s platforms. Details of our activities will be posted here but for the real up to date news check out our Facebook page. Simply look on FB for LONDON CELTIC PUNKS-GROUP and ask to join and introduce yourselves.

Here’s what we mean by ‘Celtic-Punk’

Celtic-Punk is punk rock mixed with traditional Celtic music. The genre was founded in the 1980s by The Pogues, a band of punk musicians in London who celebrated their Irish heritage. Celtic-Punk bands often play covers of traditional Irish or Scottish folk and political songs, as well as original compositions. Prevalent themes in Celtic-Punk music include politics, culture, identity, drinking and working class pride. The typical Celtic punk band includes rock instrumentation as well as traditional instruments such as bagpipes, fiddle, tin whistle, accordion, mandolin, and banjo. Like Celtic-Rock, Celtic-Punk is a form of Celtic fusion. The term Celtic-Punk is usually used to describe bands who base their music in Irish or Scottish traditional music. It is considered part of the broader folk-punk genre, but that term tends to be used for bands that use English, American and other forms of folk music as inspiration. Celtic-Punk’s origin is in the 1960’s and 1970’s folk rock musicians who played electric folk in England and Celtic rock in Ireland and Scotland, as well as in more traditional Celtic folk bands such as The Dubliners and The Clancy Brothers. 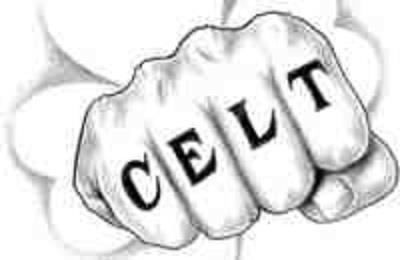 The idea behind the London Celtic Punks came from a bunch of Celtic supporting punks who were starting to get or already interested in celtic-punk music. After witnessing the shocking way two world famous bands were treated by London promoters we thought we could do a better job.The first was Flatfoot 56 who a decade ago this year came to London from Chicago to play the Hope And Anchor in Islington only to have to play first at 7-45 pm to just ten people. The second were The Go Set a short while later who also played the Hope And Anchor but this time headlining to a massive crowd but the £40 they got wouldn’t have helped their transports cost from Australia much. Someone was coining it in making plenty of money but it was not the bands. What was needed was a non-profit DIY outfit that had the interests of the bands and the scene at heart. That was where we came in. With a fifteen year history of putting on regular DIY cheap and cheerful punk gigs in London as the Making Punk A Treat Again team we knew the ins and outs of doing it so we started putting on a few gigs for mainly out of town bands. This has now mushroomed into organising tours and gigs outside of London too. We have raised money for various causes that are dear to our hearts and at the moment we’re raising money for the Justice For The Craigavon 2 campaign follow the link to find out more about this awful miscarriage of justice. It wasn’t long before we began to receive the odd CD from people looking to play or just to network and make friends so it made sense at the time to start something where we could review and promote them. This would lead to what you are reading now. It is mainly review based. On average we receive 2-3 records a week. Of these we review 1-2 of them and on average about 7-9 a month. Not everything we get fits what we review which is mainly celtic/folk-punk and diaspora music (artists who either come from or are descended from the celtic nations) and what falls through the gaps we either don’t like or just don’t get round to reviewing for different reasons, the main one being time. Over time we have covered Hip-Hop, Metal, Punk, Folk and everything in between so to say we have a strict guideline isn’t exactly true. We also prefer to review mainly DIY releases but again this isn’t a strict policy and we occasionally venture into the mainstream if it fits and if its good enough.

This Blog is done for nothing and as anyone who has ever put on a gig will know it’s certainly not done for any financial benefit. It’s done for free to kick start a debate, spark up a conversation, to make people laugh, smile, chat, to network, to bring people together, to give them comfort and support and promote the values that we hold dear. Which is why we are opening our arms out to you, dear reader. This is your invitation. Come and join us. You can help out at gigs, put up our stickers, help flyer for our gigs or write for the 30492- London Celtic Punks site. There’s no money in it. For you or anyone. Think of it as a bit of fun, a stress release, because that’s what we do. We are not looking for anything too regular and we don’t, and never will, work to deadlines but if there’s a record, gig or festival you are passionate about then write down your thoughts and it will find a happy home here. It doesn’t stop there either. We regularly feature our Steppin’ Stones- Classic Album Reviews where we take old, sometimes forgotten (sometimes not) records and write about the history of the artists involved and their links through olden days right up to the modern era. The history and future of celtic-punk and your favourite bands and figures and inspiration for the scene. Celtic-punk is now worldwide from Brazil to Indonesia to Russia to South Africa so how or why did you come to like this very particular music. There is no competition just co-operation. We have also featured football before but not as often as we like so just as long as it’s from the heart then there’s a multitude of ways to contribute. Simply use the Contact me section and let me know what you want to write about and we will take it from there.

Let’s together make the London Celtic Punks bigger and better.

WORK YOUR WAY AROUND THE SITE 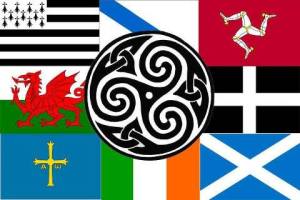 RECENT POSTS
check out our recent posts by clicking either at the top of the column on the left or below depending on how you’re viewing the site! loads of record, film and gig reviews plus interviews with the stars of celtic-punk and other random pieces. got something you’d like to contribute or review? then please send it in. we are f’all without you…

CELTIC PUBS AND CLUBS IN LONDON

All you need to find a suitable place to watch the Bhoys in action. spread right across London and the south-east so you’re never too far away from a friendly place and a decent pint!

Not just gigs but mainly just gigs! We need to know of any gigs going on so put us on yer mailing lists or just email us the details and we’ll stick it in there. We help promote gigs that aren’t ours so don’t be shy asking for help.

We’ve gathered up all the record reviews that have appeared on the blog and put them into one handy place where you can find them easier. 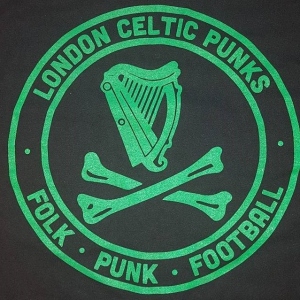 We’ve now got everything available now for sale via PayPal so head over to the page to see what’s available. We’ve a selection of t-shirts and stickers and other stuff that’s cluttering up my cupboards so get buying! All the money raised from the sales is ploughed straight back into the celtic-punk scene and goes towards putting the gigs on.

Photos, videos, flyers and the stories behind the various gigs we have put on over the years.

REVIEWS AT A GLANCE

All our reviews laid out in easy you view form to find the bands you want to read about.

All our the videos we or our friends have made.

DO WHATEVER YOU WANT WITH THIS BLOG

SAMPLE IT COVER IT OR STEAL THE WHOLE FUCKING THING!

5 thoughts on “All About Us”