Scottish folksinger Ewan MacColl and Irish singer Dominic Behan delve into their childhoods to present the songs and chants of working-class neighborhoods in Dublin, Glasgow, and Salford. Unaccompanied—in keeping with tradition—the 100 songs include rhymes, ditties, counting games, skipping-rope pieces, jibes, taunts, oaths, street ballads, seasonal songs and insults. In between selections, Ewan and Dominic provide context by explaining the circumstances in which the songs were performed.

A fascinating real piece of working class history performed by two legendary figures who have featured on these pages many times. Some listeners may recognize songs from their own childhood their are certainly more than a few I recognise from my younger days on the streets and playgrounds of South Yorkshire. Both Dominic and Ewan spent their lives preserving and archiving music from days past and now almost sixty years later we can present this remarkable album to you. It comes as a free download so feel free to take a copy and enjoy and if you wish follow the link below to get the accompanying booklet that came with the album. 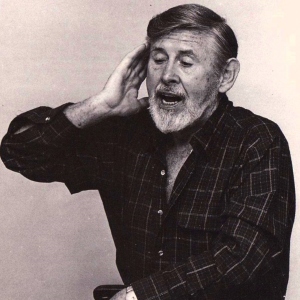 For nearly 60 years, Ewan MacColl, an activist and left-wing socialist, expressed his views as a playwright, social activist, songwriter and performer. During the course of his lifetime he composed a body of work that ranks among the best in the folk genre. He was born was born as James Henry Miller at 4 Andrew Street, Broughton, Salford, Lancashire, the son of a Lowland Scots father and a Gaelic-speaking mother. Both parents had an extensive repertoire of Scots folk songs and ballads, and a large part of MacColl’s tremendous repertory was learned from them. After leaving school at the age of 14, he spent the next 10 years working odd jobs between periods of unemployment and one day out busking, he was noticed by a BBC director and given his first radio broadcast in a programme called Music of the Streets. Soon MacColl began to devote an increasing amount of his time writing programmes for the BBC, including his first group of Folklore broadcasts. Included among his many folk music activities have been the collecting of folk songs for the BBC archives and in addition to being one of these island’s leading folk singers Ewan MacColl’s fame lives on in the songs that he both saved from extinction and those he wrote including ‘Dirty Old Town’, ‘Freeborn Man’ and his Grammy Award-winning song ‘The First Time Ever I Saw Your Face’, a hit single for Roberta Flack in 1971, which he wrote for his longtime collaborator and life partner, Peggy Seeger. After many years of poor health (in 1979 he suffered the first of many heart attacks), MacColl died on 22 October 1989, in London, after complications following heart surgery 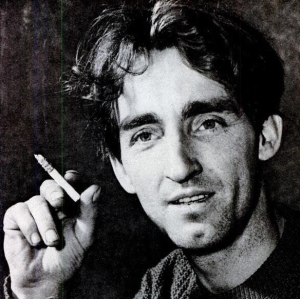 Dominic Behan was born in Dublin, Ireland, having a traditional Irish fiddler as a father and a folksinger as a mother. Born into a family of committed republicans, it was no surprise that even at the age of six he joined Na Fianna h-Eireann (republican Boy Scouts) and by sixteen was an active fighter for the IRA. His activities on behalf of his political convictions resulted in his being imprisoned, in Dublin and in London, four times between 1951 and 1954. Following in the footsteps of his uncle, the noted rebel song-writer Peadar Kearney (who wrote the Irish national anthem) he penned a number of rebel ballads, including the well-known ‘Patriot Game’. During the 60’s and 70’s he wrote almost twenty plays for British TV as well as writing several books though it was as a songwriter that he excelled and had more than 450 songs published during his lifetime. Dominic had well publicised spats with both Liam Clancy and Bob Dylan over use of his songs where lyrics were changed or omitted. He took the view that his work was written to make some form of social, historical or political statement and should either be used as an entire piece of work or not at all. Dominic died at home in Glasgow, aged 60, on 3 August 1989.

Childhood memories of City Streets from Glasgow, Salford and Dublin. The Oral Lore of Children

In listening to this recording, one will find three distinct types of oral children’s lore. First there are the items which have little or no restrictions of national boundary. Some of the pieces recited and sung in this recording are known throughout the English-speaking world, originating, perhaps, in the British Isles and spreading out from there to all of the many countries culturally and linguistically affected by the British and their far-flung empire. Who, in the English-speaking world, for example, has not heard one or another version of the singing-game The Farmer Wants a Wife (heard in a Dublin Irish version on this recording), or Poor Mary Sat A-Weeping (from Salford on this recording). You may know these pieces by other names, and in forms differing quite radically from those presented on this recording, but it will require little imagination or insight to realise the relationship of the versions you know to those presented here.
A second category of pieces found in this recording are those which appear to have strictly national boundaries, being known either only in the British Isles or, perhaps, only in a single country or national group. Such pieces are frequently related to festivals or events which are purely national in character and incidence, or are so dependent upon purely national events or references as to make them almost meaningless outside of the national boundary of the country in which, they may be found. Such pieces include the holiday song Christmas is Coming (item number 67, from Dublin, but known throughout the British Isles), and the Scottish jibe, Wha saw the tattle howkers (item number 62, from Glasgow, but known in other parts of Scotland) among numerous others.
The third category consists of those pieces of a purely local nature, existing almost exclusively in a single community, town or county, but rarely found elsewhere. The reasons for such limitation of tradition are similar to those given for the second category mentioned above, but with considerably more localised references or language. Such piece include Up The Mucky Mountains (item number 64) and Jessie Stockton (item number 68), both from Salford, and Cheer up, Russell Street (item number 56) from Dublin. Into this last category must also go those pieces which are the creative efforts of a moment, in use for only a short period of time, and fading into the world of lost traditions almost before they were born. Occasionally such-pieces fall into the collector’s lap, but the collector (at best, just an accident in time, in such instances) has no way of sorting out these pieces from those which are more than just mere ephemera.
The record contains an even 100 pieces of diverse examples of children’s lore. Here will be found game songs, nonsense rhymes and ditties, counting games, ball-bouncing games and rhymes, skipping-rope pieces, jibes, taunts, oaths, street ballads, seasonal songs, and insults. What is the origin of these pieces? For most of them we cannot even begin to speculate on the question of origins.
Some few can be pinpointed to historical occurrences and personages King Henry, King Henry (item number 12), tells of the affairs of love of a well-remembered English monarch. Others are the breakdown of older traditional ballads and tales; I know a woman, she lives in the woods (item number 23), obviously derives from the ballad The Cruel Mother (Child 20). Some like items 4, 56 and 59, are children’s parodies of recent creations, including music hall and popular songs. Most of the pieces are created out of happenings and sights of everyday life. Because of the universality of their subject matter they might arise anywhere or at almost any time so it is an impossible task to do much more than guess at their origins.
First, we are introduced to the cultural milieu with which we are dealing. Poverty, a proud working-class inheritance, slum conditions, and the everyday, mundane things and occurrences affecting the individuals concerned. Next, we are presented with the oral products of that environment, set off against a train of thought concerning those products, not of the children living, playing and reciting those pieces of lore, but of two adult bearers of this urban tradition whose sensitivity to the setting is expressed in terms of mature afterthought. The opportunity presented by this recording to study the whys and wherefores of urban childhood traditions is the next best thing to working in the field with the children themselves.
One fascinating problem suggested by working with children’s lore, and, even more specifically, with the lore of working-class children, is the question of class boundaries of such lore. Of this question, Dominic Behan has written:

“It can — so far as kids are concerned — be made only by children who own so little other rights to amusement that they must sing and make up songs about themselves and the places they inhabit; tenement house schools, neighbours, and, most and biggest of all, their playground — the streets. Maybe this is not quite true, maybe other classes of folks’ children make up other classes of songs. All I can say is if they do, I have never heard them.”

So much for the songs: what of the games? Are they ‘class’ bound? Do they belong to certain people or are they the property of all? Once again, I don’t know. Once again I will guess, and say all.
The challenge has been issued. It is the duty of folklorists, sociologists, and psychologists to take it up and answer the question. An attempt to do so from a library chair will prove futile; the data are insufficient and largely undocumented in most of the existing works on children’s lore. By utilizing the existing tools of each discipline we can expect to arrive at a satisfactory conclusion. We are fortunate in dealing with children’s lore, to be working in an area which appears to have no beginning or end in time, and while some scholars have bemoaned the dying of oral tradition (such claims have been made for the past century, though I for one prefer to think of traditions changing and evolving rather than dying), none will be so rash as to deny the very vital nature of children’s songs and games. There is no question of the existence of sufficient material for study.

DOWNLOAD STREETS OF SONG (not available in the UK- Sorry!) PRESS HERE!

Great article on the Life And Work Of Dominic Behan here

with thanks to Zero G Sound- if you want music like this to light up your life then go find them here. 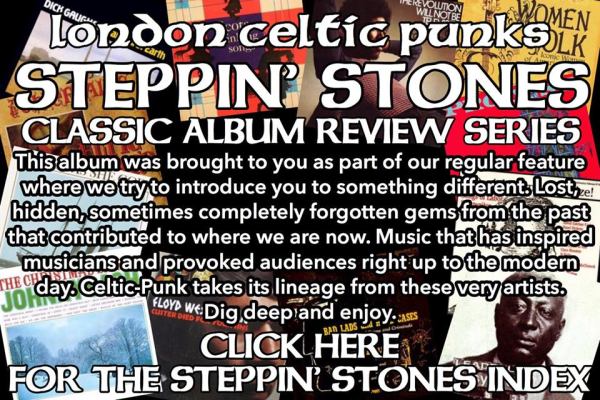 You can find our Steppin’ Stones page here with the full list of albums to choose from.