ODDS’N’SODS. A CELTIC-PUNK ROUND UP OCTOBER 2021

It’s time now again for this months London Celtic Punks round-up of all the band news, record releases and videos from bands big and small from across the Celtic-Punk scene.

More from the ‘Auld Sod’ now and news of two projects to help and promote the Irish language. The idea is to make music under two different band names – PONCCC and DRAOI.MUIR. As Ponccc it will mostly concentrate on post-punk/shoegaze kind of music. As Draoi.Muir the style of music will be more droney/ambient rock. They recently recorded a King Gizzard cover for You Tube. There’s an example of their work as PONCCCC and the song ‘Mo Scriobhaí’ below. The Welsh languages strong position is due in no small measure to its success in the 80’s/90’s in various music genres from Punk legends Anhrefn to  pop band Super Furry Animals! We hope to be looking into this project in more detail soon.

Even more news from home and their debut song, a hardcore ‘Drunken Sailor’, from up and coming North Sligo band the CHURCH HOUSE CREEPERS. They said to expect more of this kind of stuff to follow so keep an eye out here!

The Graveyard Johnny’s CALLUM HOUSTON has featured on these pages several times and he has just released a radically different version of ‘Gravities’ from the EP of the same name. The EP was reviewed back in 2019 if you want to check out the EP that made #5 in our Best Of list that year.

Prescription Punk Rock interviewed Tim Brennan about the new Dropkick Murphys album Turn Up The Dial. Here’s the whole interview without any editing.

THE STAB ROVERS – Beyond The Waves

CONNEMARA STONE COMPANY – For One Ireland

THE O’REILLYS AND THE PADDYHATS – In Strange Waters

remember we can’t review what we don’t hear!

Top geeza FRANKIE McLAUGHLIN is keeping busy and has just done guest vocals for another band. This time Greek’s BACK PAGES on their song ‘Glory Comes’. The song features the sound of Greek bagpipes and a wicked geetar solo!

I hate the word ‘contempory’ as it conjures up an image of a table full of ex-public schoolboys stroking their beards trying to outdo each other with the latest trend but for once the word fits quite nicely when applied to GLENN HODGE BANNED. A solo artist whose previous single ‘As It Is’ we positively loved. Well he’s a new album out, The Long Run, and just released the first single ‘Jack Of All Trades’ Filmed in one shot on the iPhone 12 and recorded in a theatre in Camden Town the song speaks of the journeyman artist that continue against all the odds.

Came across this by accident not long back and really liked it. Recent release to YouTube from PINE TREE RIOT. Riot seems to be replacing ‘Bastard’ as the most popular Celtic/Folk- Punk name. I even think the Yanks call this style of music Riot Folk or something. Anyway its pretty decent.

Dutch band PLUNDER released their new album Vrijhaven last July and here have put out the second single from it. Seems to be a bit of a renaissance among Pirate themed bands of late. Absolutely brilliant video.

We mentioned the The Swamp Rabbit Celtic Punk Fest in South Carolina last month well it went ahead and was by all accounts a damn good laugh. Here’s our old mate TC COSTELLO who organised the whole shebang playing with THE PYRATE QUEEN.

This section is for Celtic-Punk bands that have (on the large) left us but their music is still deserving to be heard and there are still so many out there that passed us by. Today is the turn of THE SORRY LOT, a nine piece Irish Folk and ballad group from Napa, California. High-energy renditions of trad drinking songs, as well as a few modern and original tunes, while keeping the music true to it’s roots. The Beer Flood EP dates from 2015 and the band have a wealth of other music on their Bandcamp page that is also available for free download including a live album from St. Patrick’s Day 2013 recorded at Downtown Joe’s Brewery in their hometown. It’s a bit unclear if they are still playing or not but you can still contact them over on Facebook.

Don’t forget the big news of next month is the release of the new FEROCIOUS DOG album The Hope. The single ‘The Hope’ comes out on the 10th and the album is out the 15th. Reviews are already sneaking out. You can pre-order it here: https://thehope.ferociousdog.co.uk/

Forty years after breaking up in their prime. A band has returned from the ashes to give it another lash… No not Abba but VENTURA HIGHWAY from Derry. One of the cities original New Wave / Punk bands. Loads of recent live videos over on their Facebook page.

Interesting video here. Yer-man may be a bit of a prick and he could have chosen an actually Irish Folk song (facepalm!) but at least he’s honest prick! Give it a go as some Irish diaspora Hip-Hop out there is pretty good. Check out SLAINE for a start.

The more I see of Facebook the more and more I dislike it. It’s stranglehold on all forms of expression is not good so if you feel the same you can now subscribe to London Celtic Punks posts via our group on the new phone app Telegram. Very similar in style (but better and easier to use) than What’s App and completely free from Facebook control. Join us on Telegram and don’t miss a single post! https://t.me/londoncelticpunks/

Some London Celtic Punks news now and we still have a handful of Green’n’White ‘Skully Cap’ ringer t-shirts available. They come in all sizes from Small right up to XXX-L and are available from our online store. Also available are 2 other shirt designs so click the link below for our full range of other tatt. Shirts, badges, stickers, flags, CD’s and fridge magnets all the discerning Celtic-Punk fan could ever need!  https://the30492shop.fwscart.com/

A plug for some good friends of ours over on Facebook. The Dropkick Murphys- Fan Page and the Celtic Punk, Folk And Rock Fans are two of the best music forums on FB let alone Celtic-Punk. Ran By Fans For Fans. Just like and join in the fun!

*If you are new to the London Celtic Punks blog it is easy to subscribe / follow and never miss a post. Bands, promoters, record labels, venues send in any news to londoncelticpunks@hotmail.co.uk or via the Contact Us page.

NEW SINGLE FROM GLENN HODGE BANNED ‘As It Is’

Glenn Hodge Banned is an alternative, contemporary folk singer. An independent artist who has been bastardising nice music for some time now! 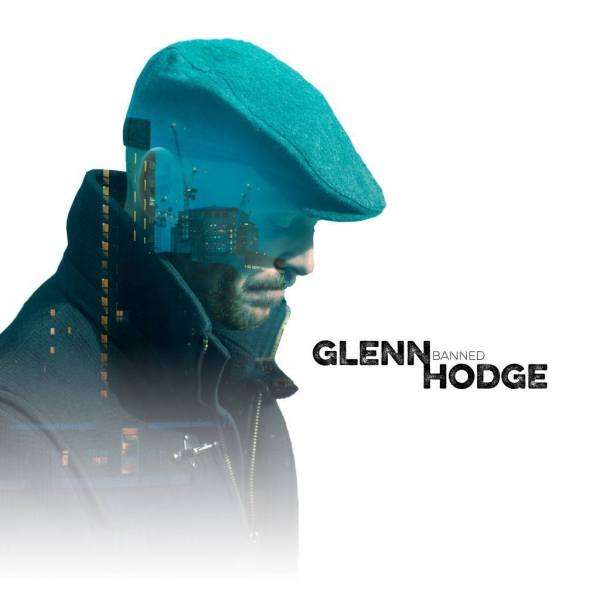 London based Kent born singer-songwriter Glenn Hodge has been recording music since 2014 but got his big break by penning the lively festive Folk song ‘Santa’s Coming Round’ for the homeless charity The Big Issue Foundation in 2015. The song featured London based Big Issue vendors and their 4-legged companions and is available as a free download.

He has been compared to Billy Bragg by many but those that do must mean the Billy Bragg before he moved to a massive Dorset farmhouse and started telling us to vote Lib-Dem. Glenn lives on a narrowboat in London moving from place to place like an old-fashioned travelling bard, drawing upon London’s many characters for inspiration. His songs draw upon everyday life topics bringing a degree of candour and often humour. He still works closely with The Big Issue Foundation, raising money through his music for those who desperately need it. With seven singles and one EP behind him he has released the outstanding ‘As It Is’ the first song from his upcoming album Behind Closed Doors due to be released later this year.

There was a fella on the news today, who suffered some abuse
For a mind with an obtuse that comes with privilege
In a look as old as money never hungered for a day
But would showcase a disdain for those were born to it
*
But we are the undisputed engine the ones that have to give
Working on the frontline and nursing your kids
And we are building the houses you live in
We work
*
Chorus
All over Scotland
Have you met the fierce Irish nation
As it is all throughout England
What you want is a Welshman beside you
*
They’re looking ragged in the alleys
In the streets they’re all done in
Put their money on the man who took it home with him
Should we push away our neighbours? Well let’s put it to a vote
On a whim and in the hope that a new age begin
*
But we’re the anger in the voices of the many over years
Destined to be choice-less invested in fear
And we’re calling to everyone listen
And we’re calling to everyone listen
We live
*
Chorus
*
It’s the same the whole world over with an ounce of life to live
Bet your life you’ll give it up and take it all they will
Maybe no amount of protest could change the way it is
But it is the way it is at least it is for now
We’re taking this future if you give in
Get calling to everyone listen
We’re building the houses you live in
Get calling to everyone listen
We are
*
Chorus X 2
*
Download As It Is  iTunes  Amazon