They might all be Jock Tamson’s bairns but their Mammy is Roisin Dubh! 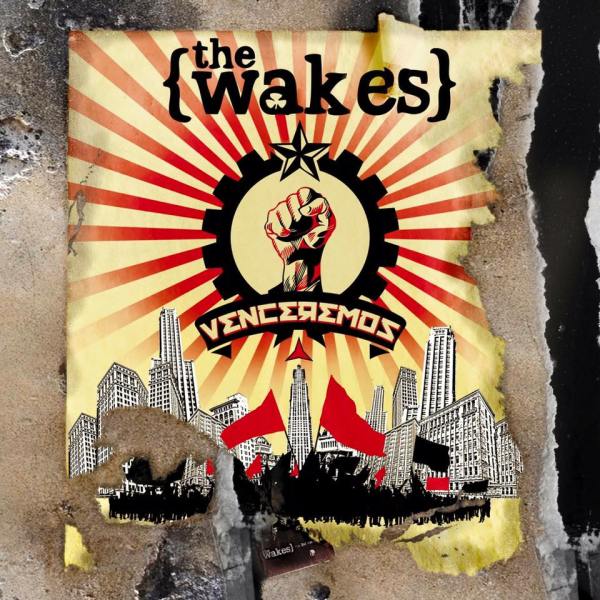 London Celtic Punks friends and favourites launched their fifth studio album at the end of September just gone with a fantastic hometown gig at the Classic Grand, Glasgow.  A gig that saw the band enhanced with a small brass section that added to the sound and showed how the boys are growing musically.

The CD, like the gig, doesn’t disappoint: Thirteen tracks over forty-five minutes show the band in top form and giving all and more that we’ve come to expect from Glasgow’s finest ‘punk, folk’n’rollers’. Building on and growing from previous CD’s including No Irish Need Apply and The Red and the Green, Venceremos shows a growth in musical maturity and songwriting while staying true to the bands fundamentals will have you hitting replay button time and time again.

For this release the band have teamed up with Drakkar Records and the result is an all singing, all dancing package with a gatefold sleeve CD that includes a pullout booklet of photo’s and lyrics which can be bought from the band’s website below and also from the Glasgow independent radical bookshop Calton Books (link below).

Opening with an irresistible punk/new wave beat of ‘Within These Towns’ the gauntlet is thrown down: the song delivers up a crushing criticism of politicians  of the Thatcher era who turned their backs on those towns and people reliant on manufacturing as they allowed industry to fall into irreversible decline and communities abandoned. A bleak subject of towns

“where we are born to die, to live our lives …”

is nonetheless invested with defiance and pride in it’s delivery and any thought of being downbeat is erased with the upbeat, ska infused, Rise. A story that dances along and is bound to become a live favourite, telling a tale of Dublin, Easter 1916, and provided lots of opportunities for a sing-a-long while raising a clenched fist…

‘No Human is Illegal’ as a song is a class apart. This song possibly best defines the ethos of the band: humanitarian, international, caring, willing to stand up, to wear those hearts on sleeves … A simple enough statement, but a statement that carries undeniable power, delivered almost in an understated manner. This song is impossible to resist and invites us into a quiet corner, the lyrics falling softly, yet challenging the scaremongers and those who use sensationalist headlines to turn a profit  … but we’re left in no doubt

“That old bullshit just don’t cut it any more”

There’s no time to sit around as ‘Whisky Afternoon’ has us back on our feet as the band ‘rock-out’ to an enjoyable wee number of an afternoons drinking that we’ll all be familiar with, same goes for this tune that has a solid back beat that moves it (too?) quickly to a conclusion and then it’s on into ‘The Battle of George Square’: Tanks on the streets of Glasgow to quell the red Clyde revolution. Again the music and lyrics invoke an atmosphere that’ll put on the ground, shoulder to shoulder with Glasgow’s working class. 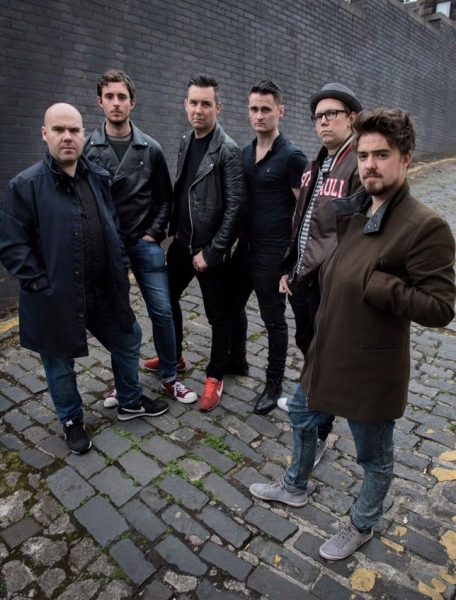 The Wakes don’t do shying away and, just as with No Human, they address issues head-on: the turning of young men into state killing machines in ‘Kings Shilling’, (touch of Skids/Big Country?) the bloodshed  in the ‘Holyland’. The domestic home-grown issues of poor housing and rising rent are highlighted in ‘Nae Soft Touch’ (touch of Christy Moore about this one) telling the story of issues from Govan, 1915, that are just as relevant today.

Track 8, ‘I Believe’, a ‘up-beat’ cry of positivity , a rallying cry and affirmation of the power of people is driving along on the back of some beautiful brass that shows how the band, as musicians, have grown and the sound of the Wakes continues seeking out avenues to explore. While ‘Ramblin’ Man’ pays tribute to the great Woody Guthrie in a tune that will almost have you up on the floor square dancing! But wait, whats next, a fecking polka! ‘Freighter of the Dead’ sails us over choppy waters navigating the straits of Pogue Mahone and onto the shores of Gorgol Bordello in a rollickin’ rocking good time tune that shows the boys are well able to let their hair down (sorry Chris!) and this is another tune that will fill the dance floors. As we’ve come to expect there’s a track from the ‘homeland’ that’s given the Wakes unique and personalised  treatment: ‘Erin Go Bragh’ starts off familiar enough but the bass playing and thunderous drumming supported by the chants gives this a whole new life and the song feels ‘epic’, a TV shows turned into a blockbuster of a movie!

Closing on the title track, ‘Venceramos’ the song as well as the album as a whole, is a triumph: carried along on the back of a guitar sound that gets under the sink, drums & bass that get the heart pumping, the piercing harmonica, everything comes together with the united rising vocals in a song that is an affirmation of the power of truth against evil, the truth of those who struggle against the evil of corruption, greed, inhumanity … In an echo of Bobby Sands we’re told:

“You can try to kill the dreamer but the dream never dies’ and the heart grows huge with the refrain Venceremos! Venceremos! We Will Overcome …”

Venceremos is a must have, the Wakes a must see.