Marys Lanes hail from Cleveland, Ohio and their new album is a diverse collection covering themes of love, life and death, trials and tribulations, religion and of course drinking. Never straying too far from their Irish roots it adds Celtic instincts into an mix of sounds that crash-land somewhere in between rock, pop, bluegrass, Americana and honky-tonk.

America is, maybe unsurprisingly, and always has been a hotbed of innovative and original Irish music. Away from the native land Irish musicians in the USA have soaked up influences galore from other cultures and mixed them up with the music of their ancestors to come up with something that is always impressive. Marys Lane are no different and the six-piece band take their inspiration from their Irish and Celtic backgrounds and their musical histories have all been way of the various pubs, clubs, pipe bands around Cleveland. The band met at the Cleveland Irish Cultural Festival but it wasn’t until a year later, they met again, and realized waiting was no longer an option. they needed to start a band.

Last Summer they pulled off a ten date tour of Ireland which saw them play many of Ireland’s famous folk venues including Matt Molloy of The Chieftains at his venue in Westport. With a rake of releases behind them their most successful to date was their collaboration with Martin Furey of the High Kings having met at an Irish Festival in the States. After hearing Marys Lane perform a song called ‘Sleep When I’m Dead’ and after being introduced through a friend of a friend the plan was made to hit the studio and record it the next day and so the Furey Sessions EP was born.

The story of the Irish in Cleveland has parallels with many other major Irish-American areas. A small number arriving around 1818 they began to arrive in large numbers during the 1820’s during the building of the Ohio Canal starting in 1825.  It was mainly Irish labour that built both the Ohio and Erie Canal. They made their homes on what became known as Whiskey Island. Considered outcasts by fellow immigrants the Irish began to build shanties and saloons and churches there. The Irish population of Cleveland remained around 1,000 until the years of the ‘famine’ and the Irish flocked to many cities across America. Many of these immigrants came from Mayo in the west of Ireland. They did not farm in the Cleveland area, instead becoming labourers who unloaded ships or worked in the steel mills. At the end of the 1800’s, the Irish had a terrible time with Shantytown an open sewer of industrial and human waste.  The area was home to cholera, diphtheria, and scarlet fever and because of continuing Irish immigration, there was simply not enough homes for everyone. The Irish population grew to over 10% of Cleveland’s total population and as the city grew, Irish families moved from the slums into the suburbs and began to build lives for themselves and their descendants.

The Irish throughout America are famous for fighting their way out of the slums through the clever use of politics although in Cleveland they never quite attained the control they wielded in other places they still managed to have much bigger representation then other larger immigrant groups. The diverse ethnic composition of the city was reflected on the city council, and while certain districts elected Irish representatives, city council never had an unusually large proportion of Irish. Nowadays they say the Irish have assimilated into society but one in six Clevelanders claim Irish ancestry, more than 9%, and Cleveland has one of the longest running and largest St. Patrick’s Day parades in America regularly attracting more than 500,000 people. The Cleveland Irish were catapulted into fame in recent years thanks to the release of Rick Porrello’s book To Kill The Irishman. In the 1970’s proud Irish-American and local folk-hero Danny Greene became one of the most powerful crime figures in Cleveland. Literally a living legend all the stories about Danny you ever heard are all true. He looked after those in his neighborhood who were in most need. A church going, God fearing Irish gangster whose goal in life was to look after his own. The book led to several documentaries and a feature film about him and the many failed attempts on his life. Needless to say it was inevitable Marys Lane would write a song about this most famous of their fellow city men and what a song it is! Danny still has family in the city and ‘Robin Hood Of Collinwood’ has become an anthem for the cities Irish community to rally behind.

So with a decent back catalogue behind them it’s time for their latest release to hit the streets and a couple of weeks back Wild Unknown popped through the letterbox at London Celtic Punks towers. Eleven songs that take in pretty much every variation of modern day Irish music in their own indomitable way. The album starts with a great folk/Irish/country mashup ‘Dead Man Walking’ and its lively, jaunty fast paced acoustic music with a real catchy feel to it. At once the sound of a wee Irish pub and at the same time a massive festival fill yer ears. Vocals on the album are shared between Patrick Mulloy and Michael Crawley and here Patrick shines with a voice perfectly suited to the sound.

‘Rain On My Parade’ slows it down a little and reminds me of a couple of other Irish-American bands I came across at the arse (or should that be ass?) end of last year, Crikwater and Plastic Paddy. Next up is ‘Petronilla’ and again it’s a slowish song but don’t mistake that for dull or boring with an interesting bass line line and drums. While so far the album has shown the multitude of influences that Marys Lane have soaked up on ‘Last Gift’ they give us their first full blown Irish track and blew me away. That word ‘catchy’ pops up again and its a real foot-tapper that you could imagine the dance floor filling up at your local Irish hostelry. We stay firmly on our native shore with ‘Road Less Traveled / Harvest Home’ which brings back the country feel to it with some exquisite fiddle work dominating proceedings. ‘Smoke’ has a feel of another Irish-American band The Young Dubliners and I’m starting to hear a common sound amongst a whole host of bands from across the broad Atlantic. On the blurb that accompanied the album Marys Lane compare their sound to that of the Irish kitchen session.

“Cleveland rock roots but knee deep in the ghosts of Ireland – not maudlin mind you, but in the typical Kitchen Party made so famous by the Irish – everyone comes, everyone joins in, one way or another, and everyone leaves wishing the night would never end”

It’s a great description and better than anything I could say about them. 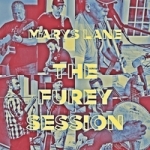 Not that it will stop me trying! More than halfway through and its time for one them good auld Irish drinking songs and its a belter. We Irish, mostly!, love a drink and ‘Another Round’ can be added to the long list of loving tributes. ‘Box Of Roses’ is their most country song here and yet still has the Irish feel to it and I don’t mean the dreaded Country’n’Irish thing that scared many a young 2nd and 3rd generation Irish kid off music when they were young. If you could imagine a (more) Irish Bruce Springsteen then this is the kind of music he’d serve up, especially in these days when he’s rediscovering his roots. ‘Whiskeytown’ is an ode to their home town and is a beautiful tribute to a city that may have seen better days but like most working-class cities it has heart and a will that will see it return to its days as an American powerhouse. So far the only thing missing has been a jig or two and for the penultimate song we get them both served up in ‘Gypsys Dance / The Kesh Jig’. Now I don’t have much of an ear for remembering trad jigs but ‘The Kesh’ Jig may be an old Bothy Band song and if so the band certainly do justice to it. Wild Unknown comes to an end with the album’s best song I think. The epic sounding  ‘Between The Darkness And The Light’. We are back in ‘Irish Bruce’ territory here and it may again be on the slower side of things but that does not diminish its power and it’s a swirling, twirling monster of a song and a fantastic way to bring down the curtain. 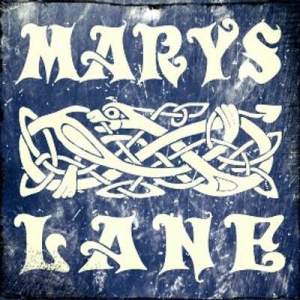 Wild Unknown is that exceedingly rare thing on these pages. An album of all original songs written by the band themselves. Their are four songwriters within the band and all band members contribute to everything they produce. A real team effort. The album was recorded with multi platinum award winning producer Michael Seifert and it certainly shows as the sound is absolute perfection and clear as the proverbial bell without being over produced or ‘fiddle’ with too much. A great album all round and this Irish-American sound is well worth checking out especially if you like your celtic-punk a bit more on the gentler side.

Celtic rock- hard to define, hard to resist, much like Marys Lane.

Find out more about the legend that was Danny Greene, an impoverished but charismatic young Irish-American who rises to power as president of the longshoreman’s local union and is charged with corruption but evades serious jail time by becoming an FBI informant. With fearless nerve he joins forces with a Mafia gangster to rise to power in Cleveland’s underworld, gaining the reputation of a Robin Hood-like figure with nine lives as he escapes countless assassination attempts.

Danny Greene: The Rise and Fall of the Irishman

Photographs that have never been seen before and exclusive interviews with the family members of Danny Greene, officials from the Federal government, associates of the Mafia and representatives of Cleveland Police Enforcement make up this documentary examining the life of the legendary infamous Irish-American gangster Danny Greene.

“Feeding America’s appetite for mob stories with a grisly slice of Cleveland’s criminal past, spotlights the gangster whose life was famously extinguished by a car bomb in a Lyndhurst parking lot. A fearless hood who grabbed headlines for years in the 1970s, Greene was a colorful character. He dressed in green, drove green cars, and embraced Irish history and Celtic lore. Alternately a union troubleshooter, embezzler, and enforcer, Greene dabbled in racketeering, gambling, and loan-sharking. He excelled at beating the rap, which may have been attributed to his other occupation: FBI informant. Police have long assumed that Greene conspired to take out Shondor Birns, a rival in Cleveland’s numbers racket, and later mafia underboss Leo ‘Lips’ Moceri, whose body was never found”