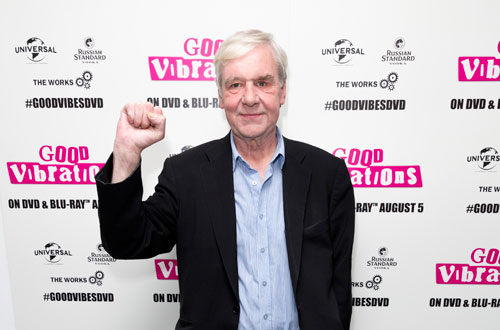 If you haven’t seen Good Vibrations yet you should. It’s the story of Terri Hooley the Godfather of NI punk. After opening a record shop a few doors down from Belfast’s Europa hotel ( Europe’s most bombed building ) he stumbles upon a gig by Rudi and has what only can be described as an epiphany!! He decides to start a label so bands from Northern Ireland can get their music heard more widely. So Good Vibrations record label was born and the rest as they say is history.

The makers have re-created 70s/80s Belfast brilliantly with the drab grey/beige colours everywhere . The main actors are perfectly cast , Richard Dormer plays Hooley with a twinkle in his glass eye. 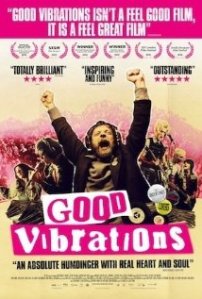 They bring to life tales of tours to the middle of nowhere , records released without any discs in the sleeves and some nasty skin bastards who haven’t a clue what they’re missing.

A feel good movie with a feel great soundtrack , it shows why some of the best punk ever produced came out of the wee six counties. There’s a hilarious cameo from Martin Cowan and Petesy Burns could have found himself a whole new career. Older punks like myself will revel in the nostalgia and younger ones can see where it all started for some of our greatest bands .

Honestly you just have to get this movie get a few cans turn the telly up LOUD and enjoy!!!!