Football, carnival, the Amazon, the ladies and samba music. Well add to that list celtic-punk as Brazil is coming for us!! 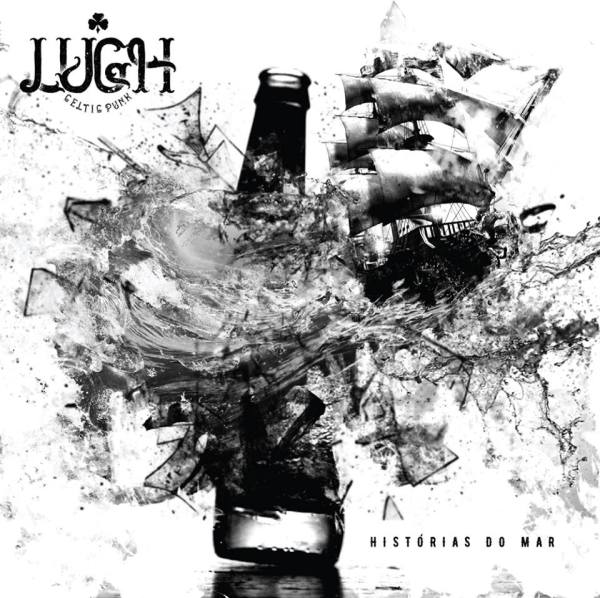 Well who would have thought a Brazilian celtic-punk band? Well we would! For a start we loved their debut album ‘Quandos Os Canecos Batem’ so much it was voted in at #12 in the London Celtic Punks Best Of Poll of 2014. A short, fast and bombastic debut album that left all of us who heard it reeling. A great LP that has much in common with their recently released full lengther ‘Histórias Do Mar’. Formed in 2008 Lugh started off as a Bad Religion covers band but when they heard the Dropkick Murphys it was all to change suddenly. So it was with the addition of Leo, who had been playing accordion since he was five years old, and a set list of covers from our old friends, and yours, The Murphy’s and The Molly’s they began writing their own material. Before too long the new stuff outweighed the old and a new force in celtic-punk had been born. Hailing from Rio Grande Do Sul in the southernmost state in Brazil Lugh are following in the Brazilian celtic-punk footsteps of bands like Ketamina and The Leprachauns and there’s a small but thriving (and growing) celtic-punk scene in the country.

As I have said ‘Histórias Do Mar’ has much in common with that debut album the main thing being the absolute speed at which Lugh plough through it. Ten songs in just over twenty five minutes with the average song lasting just a wee bit over two minutes. Lugh are very much on the Dropkick Murphys wing of celtic-punk and their folky punk rock blasts make a refreshing change at the moment as it seems to be that the folkier side of celtic-punk is in the ascendency at the moment.

The album starts with ‘Marujo Perdido’ and the sound of an ocean and then the music jumps in and we’re away. Accordion led celtic-punk with the emphasis on punk is the best way I can describe it. I can’t add much more about the songs as Lugh sing entirely in Portuguese, the national language of Brazil. The various ten songs veer from straight forward celtic-punk with Latin influences to also influences from the likes of Rancid and Bad Religion as well as ska, metal or punky-country sounds like that of Social Distortion. Overall the length of the songs works perfectly for ‘Histórias Do Mar’ and even though it flies by so fast it never ever drags even on a slower (though not by much at all) track like ‘Nova Fase’. ‘Lutando em Vão’ and the final track ‘Todos por Um’ are probably my favourite tracks both with fantastic shouty vocals and pumped up electric guitar and some absolutely amazing accordion from Leo.

With their original vocalist Biaque ‘Pincel’ Santos back at the microphone backed up by Daniel ‘Makako’ Jardim, Lucas Bala, George Polidoro and Leo, on that accordion,then one listen is enough to confirm that Lugh have delivered an album equally as good, if not better, than their debut. Lugh take their name from an Irish deity represented in mythology as a hero and an ancient High King honoured for his skills and gifts as a craftsman. Love and respect for Irish culture and Irish music shines through everything that Lugh do. In  a time when its oh-so-trendy to bang on about ‘cultural appropriation’ I personally think its absolutely brilliant that bands like Lugh and others across the world take inspiration from the fights and lives and struggles and (occasional) wins and defeats of the Irish race. That my Grandad would still be around to see how across the globe how popular Irish music, and the Irish, has become would be as pleased as punch!

(have a listen to ‘Histórias do Mar’ by pressing play on the Bandcamp player below before you buy…go on its only $5!)

Contact The Band
Facebook  Soundcloud  Twitter  YouTube  Spotify  Bandcamp
* For an alternative view of the album go here and check out the review posted on the Celtic Folk Punk And More web-site.
* There is an excellent Facebook group we can’t recommend enough so hightail it over to Irish Punk Brazil here and join the clan!

A while back we reviewed the new album from The Sunday Punchers from South Africa and commented on them being the only celtic-punk band on their entire continent. Well they’re not quite as bad off as The Sunday Punchers but Lugh are almost in the same boat! They hail from Rio Grande Do Sul, the southernmost state in Brazil, and in the year of the Brazilian World Cup it seems appropriate to be reviewing their debut album on the day the World Cup begins. Their have been other Brazilian celtic bands before them, Ketamina and The Leprachauns for two, and there’s a thriving celtic-punk scene. Flogging Molly played last year to very enthusiastic sell-out crowds so hopefully this will lead to new bands as well as more interest in the existing local bands.

The album itself is twelve tracks that last just over thirty minutes. At this point I gotta say I don’t speak an ounce of Portuguese so I am absolutely totally oblivious to what the lyrics are and so to what the songs are about. According to the band though their chief interests are pirates, weekends, friends and beer so not too dissimilar to any other celtic-punk bands. Now that’s globalization I can agree with for a change!!
Lugh take their name from an Irish deity represented in mythology as a hero and an ancient High King honoured for his skills and gifts as a craftsman and that respect for Irish culture and Irish music pulses through everything that Lugh do.

Back in 2008 the lads had a Bad Religion covers band on the go and when they heard the Dropkick’s ‘State Of Massachusetts’ that was it and they decided to go celtic. Lugh were then formed in 2009 with the addition of Leo, who had been playing accordion since he was five years old. Like most bands in the scene they started off doing mainly covers of our old friends, and yours, The Murphy’s and The Molly’s. Honing their skills they began to write their own material and before too long the new outweighed the old and a new force in celtic-punk had been born.
As for the actual music Lugh are an absolute hidden treasure in the celtic-punk scene and hopefully this wee review will help somewhat to undo that. Extremely well played with the accordion to the fore and real pint in the air choruses. Musically I think they veer more to the DKM’s rather than FM or The Pogues and Lugh are very definitely a celtic-PUNK band. Strong vocal performances from the entire band help even though the words are a mystery! Stand out track ‘Chinaski’ though does have a bit of a Poguesy feel to it with the slow but extremely catchy tune and accordion.
The rest of the album whizzes by and is a great rollicking romp through celtic-punk as played by a Brazilian band and all those extra influences they bring to the table. The whole album is a superb wee package and the artwork by Mateus De Castro is particularly good. Shades of punk, ska, reggae, Brazilian traditional folk, southern rock and, of course, celtic/Irish make this seriously one of the highlights of the year so far and in a year of such strong releases that is certainly saying something.
Track Listing
1. Grito Da Noite/ Scream At Night
2. Sete Mares / Seven Seas
3. O Que Eu Preciso / What I Need
4. Dias Atuais / Nowadays
5. Chinaski
6. Sexta-Feira / Friday
7. Quando Os Canecos Batem / When The Jars Clash
8. Nossa Cla / Our Clan
9. Vida Seca / Dry Life
10. Do Outro Lado Do Mar / From the Other Side Of The Sea
11. Tudo Que Ha Para Viver / All You Need For Living
12. Jack 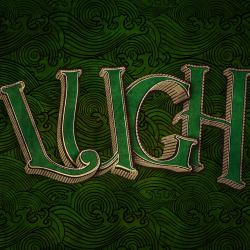 Contact The Band
Facebook  Soundcloud  Twitter  YouTube
Buy The Album
at the moment you need to contact Lugh direct to get a copy of the CD. Message the band through their Facebook page here.
there’s a  fine review of the album by Celtic Folk Punk And More here. They’re a Spanish celtic-punk blog so they understood the lyrics a lot more than we did!
There is an excellent facebook group we can’t recommend enough so hightail it over to Irish Punk Brazil here and join the clan!