One of the best things about doing this here blog-zine is the end of year ‘Best Of’s’. This is our chance to reward, for what it’s worth, and recommend those releases that tickled our collective fancies over the last twelve months. Where as in 2013 the Best Of’s were dominated by local bands and releases and in 2014 it was international bands that stole the show this years is more of a mix of the two. No shocks at the top I’m afraid. It was always going to be a slug out between the big hitters of celtic-punk with The Rumjacks just shading it from the The Mahones by the slightest of margins. One of the team commented that the only difference was that ‘The Hunger And The Fight Part 1’ was slightly better than Part 2. In third place came 1916 out of New York who only just sneaked in with the December release of ‘Last Call For Heroes’. The album came out so late we didn’t even get a chance to mention it let alone review it nevertheless it blew us all away with their brilliant combination of rockabilly and celtic-punk. Another one to file in the ‘shamrockabilly’ category. Overall no major surprises and all four admins lists pretty much tallied up with each other but it’s especially great to see some non-English speaking bands in there as well as some bands that were new to us in the last twelve months. I was particularly happy to see Skontra and The Cundeez make the grade representing celtic-punk as played in the celtic nations. As ever we have reviewed some, though not all of these albums, so click (here) after the title and you will be re-directed to our review. If your album is not here do not be downhearted. These twenty album’s are the tip of the iceberg of what was released last year in what was an outstanding year for celtic-punk. Feel free to comment, slag off or dissect our lists. We don’t pretend to be the final word as that my friends is for you… 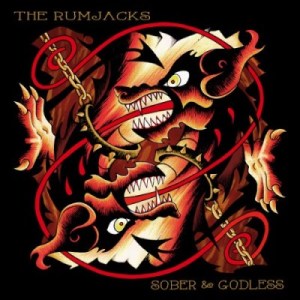 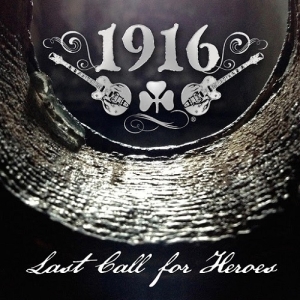 Now onto the EP’s. These are classed as shorter usually four to six songs long and around anything right up to 15-20 minutes long. No shock here at number one as a unanimous vote saw this years new band of the year Mick O’Toole walk away with the title. They have been a solid fixture during the year building up quite a reputation and following. At number two it’s long been a well known secret that Indonesia is a hotbed of celtic-punk and Dirty Glass are one of the best bands in their flourishing scene and ‘Drunken Summer Nights’ ran O’Toole very close while another English band came in third. Matilda’s Scoundrels really hit the heights in 2015 and just like Mick O’Toole bigger and better things await them in 2016. The rest of the list is made up from bands from across the globe with Slovenia, South Africa, Hungary, Catalonia, Russia, Holland, France and Yorkshire all making the list.
1. MICK O’TOOLE- ‘1665 Pitchfork Rebellion’  (here)
2. DIRTY GLASS- ‘Drunken Summer Night’  (here)
3. MATILDA’S SCOUNDRELS- ‘Split w/ The Barracks’  (here)
4. ZUNAME- ‘Pipes Not Dead’  (here)
5. THE HYDROPATHS- ‘Wailing Away’  (here)
6. SOUTH SHORE RAMBLERS- ‘Open Room Sessions’  (here)
7. O’HAMSTERS- ‘Kiss My Irish Ass’  (here)
8. LOCH NESZ- ‘Leave The Captain Behind’  (here)
9. CIRCLE J- ‘Year Of The Goat’  (here)
10. SIGELPA- ‘Ens Van Diagnosticar Un Transtorn’  (here)
11. THE MOORINGS- ‘Nicky’s Detox’  (here) 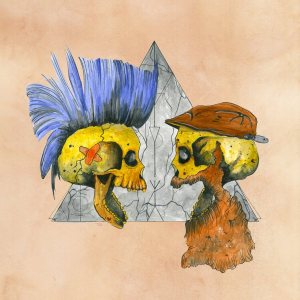 As the blog is for (mostly) celtic punk so it is that we only review stuff that isn’t celtic punk if we really really (really!!) like it. All these rocked our boat and we loved each of them all to bits. If you like celtic-punk then you should not be afraid to give traditional folk a listen. Most of it is more punk than punk these days you know. It’s a direct link to the music that inspired celtic punk music and their are some amazing bands and performers out there. Hard to decide which order they should go in especially as O’Hanlons Horsebox could have just as easily won this years Best Celtic Punk Album as well! This is how the Top Ten ended up.
1. O’HANLONS HORSEBOX- ‘Songs And Stories From The Border’  (here)
2. BARRULE- Mannannans Cloak’  (here)
3. LE VENT DU NORD- ‘Têtu’  (here)
4. BRYAN McPHERSON- ‘Wedgewood’  (here)
5. THE RATHMINES- ‘Ramblin With The Rats. Stolen Songs of Struggle’  (here)
6. ANTO MORRA- ‘Boudicca’s Country’
7. JACK OF ALL- ‘Bindle Punk’  (here)
8. JOHNNY CAMPBELL- ‘Hook, Line And Sinker’  (here)
9. FFR CELTIC FIESTA- ‘Fresh Blood’
10. THE PROCLAIMERS- ‘Let’s Hear It For The Dogs’  (here)
11. SKWARDYA- ‘Domhwelyans/ Revolution’ 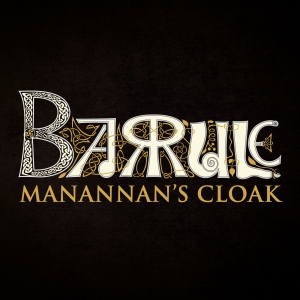 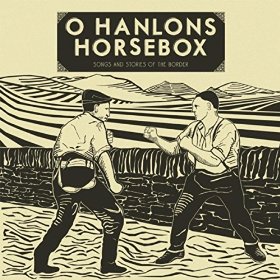 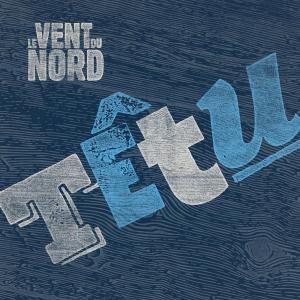 Again Waldo over at Celtic Folk Punk And More walks away with this award. There is simply no better site on the internet. Everything you would possibly need to know is here with a HUGE range of bands covered and there is no doubt in my mind that the site you are reading here now would not exist without the inspiration of Celtic Folk Punk And More. Sadly Waldo published a post on January 3rd titled ‘New Year, New Life’ (here) announcing the suspension of the site for a while. We wish Waldo well and look forward to his, and his fantastic web site’s, return.

* The lists were compiled from the scraps of crumpled paper, and one beermat, handed to me by the other three admins from the London Celtic Punks Facebook page and tallied up over several pints of beer in a seedy working man’s Irish boozer in north London.

remember any views or comments we would love to hear them…

not celtic-punk but at least they’re Hibernian! 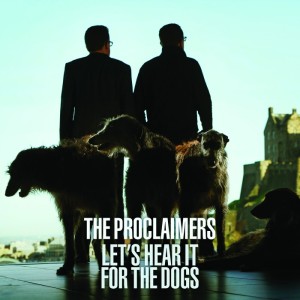 The Proclaimers have been around now for nearly thirty years and they have built up a massive following across the world, and not just of Scottish exiles and within the Scots diaspora. They first hit the charts with the wonderful ‘Letter From America’ way back in 1987 and they followed this up with a stack of hits that made them popular on both sides of the Atlantic and beyond. Being one of the first bands to sing in their natural Scots accents rather than effect an English or American one might have held them back but their powerful songs and their leftfield politics hit a chord where pop, folk, new wave and punk all collide and though their star did wane somewhat they never went away and continued to plug away making their music and occasionaly troubling the charts and appearing on our television screens.

Born in Leith in Scotland in 1962 identical twin brothers Charlie and Craig Reid played in a host of punk bands at school before forming The Proclaimers. They rose to fame supporting The Housemartins on their UK tour in 1986 and an appearance on famed music show The Tube brought them to a nations attention and with the release of ‘Letter From America’ the rest is history. The brothers are fans of Hibernian Football Club and their 1988 hit ‘Sunshine on Leith’ has become the club anthem. Hibernian were the original Irish team in Scotland, based in Edinburgh, and their is more than a bone of contention on how Celtic who appeared some years later came to be the dominant force for the Scots-Irish. They have been life-long supporters of Scottish independence and donated £10,000 to the Yes campaign and threw all their weight behind the campaign last September and still continue to agitate for Scottish freedom. As the boys explain.

“The lyrics in Letter From America are about the job losses and closures that flow from Scotland not having control over her destiny — that is what happened in the 1980s, and that is why Scotland needs independence now.”

‘Let’s Hear It For The Dogs’ is the boys tenth studio album and from the first track ‘You Built Me Up’ the twins and their band rattle up a great rock’n’roll racket. Accompanied by their live band: Stevie Christie (keyboards), Garry John Kane (bass), Zac Ware (electric guitar) and Clive Jenner (drums) with additional guitars by Sean Genockey and an appearance by the Vulcan String Quartet, The Proclaimers sound as powerful as they havent done in years and producer Dave Eringa (whose past work has included The Who, Wilko Johnson & Roger Daltrey and The Manic Street Preachers) has done an excellent job capturing them and their differing styles of music but always keeping it within The Proclaimers broader sound.

‘Be With Me’ is another shorter number and Craig and Charlie’s band classic rock is still based around a folkish sound and the electric guitars do not diminish this. ‘In My Home’ has an orchestral sound that no doubt Dave Eringa had more than a wee bit to do with reminiscent as it is of the Manic Street Preachers. With the Independence referendum defeat its hardly suprising that their is a feeling in some of the songs of what might have been. ‘Tuesday Afternoon’ speaks of a love rekindled and of their love for Scotland and nostalgia for their beloved Edinburgh. They ramp it back up to eleven with ‘Then Again’, the shortest track on the album which sticks the boot into both the celebrity culture that allowed people on the television to commit sexual abuse and the untold amount of MP’s and person’s of power who seemingly unhindered got away with literally murder. Witty in a way that does not belittle the serious subject matter. Album standout track ‘What School?’ is a phrase many of us have heard but not in the way that some of you would think. As a kid I went to the only Catholic school in my town and if I ever did hear the words ‘What school do you go to?’ then it might sometimes be a good idea to be on your toes. How the boys bring their love of dogs into this is pure brilliance.

“I know he’s a big Wolves fan, but does he favour rebel songs or marching flute bands?”

Religious bigotry is alive and definitly kicking in the west of Scotland but like their beloved empire is surely on the way out and before long will hopefully be a thing of the past.

‘If I’m Still Around’ has the boys singing of love accompanied by a slow piano before the music builds to a climax. ‘The Other Side (Of Me)’ shows the Proclaimers singing of selfish men that make women cry. A good singalong that will have concert goers shouting along I am sure. ‘Forever Young’ has them rocking out again and has the twins voices working perfectly together. Country music is not unknown to The Proclaimers and the slow and moving ‘Ten Tiny Fingers’ a lovely song about fatherhood has a relaxed country feel to it that lulls you away. The church organ is a welcome touch. ‘Through Him’ is about religion while ‘Rainbows and Happy Regrets’ is set to become another firm fan favourite with the catchy tune and lyrics and its refrain of

“your moral compass is not mine”

Witty, sharp and cutting this is a grand album and even though it contains no real suprises its a solid slice of Proclaimers life that covering subjects from silly to serious that will have you thinking as well as enjoying the music. Forged in Scotland there’s not a single weak song on this record it must be said and the boys continue to go from strength to strength and long may they do so.