PROMOTERS, VENUES AND BANDS SEND US YOUR EVENTS. WE CAN’T ADD THEM IF WE DON’T KNOW IT’S GOING ON!

we’ll try and update this page as often as possible but sometimes we’ll need a kick up the arse so feel free to do so!

nearest date’s at the top and scroll down…

THE BIBLE CODE SUNDAYS as the most prolific band in the scene you’re never far from a BCS show! just click here for their latest up-to-date gig list. Their latest residency is at Vince Power’s new venue The Fiddler, 229 Kilburn High Road, NW6 7JG every Sunday from 4:30pm.

THE CRAICHEADS are another fantastic London Irish band who play regular gigs around town so look them up here to find out their next one!

What’s Cookin’ host weekly (sometimes more!) shows of alternative-folk and country and all sorts of other stuff we heartily approve of. Worth checking out here

PLEASE CHECK BEFORE ATTENDING ANY OF THESE EVENTS

Try to patronise Irish venues over the celebrations as much as possible and support the Irish community rather than those that would seek to only make money out of us.

TC COSTELLO is over yet again from the United States with his trusty accordion and kicks off his UK tour with the London Celtic Punks. The gig itself is definitely cancelled but TC will be performing a live gig direct from his home in South Carolina on his Facebook page. All details at the FB event here.

Proud to have Callum Houston from The Graveyard Johnny’s live streaming a set of the finest Pogues originals and covers direct from his home in Brittany.
Join us on the London Celtic Punks FB page on Thursday 28th May straight after the ‘Clap For Carers’ at 8-30pm for an hour of the finest classic Irish music! Leave any requests for any songs in the comment section. Can’t guarantee but he’ll do his best to learn any.

The hardest hitting bands of Finnish Celtic-Punk, 7 Stout Clan and Band Of Shysters are joining forces and this time the good times are brought to you right into your living room via live stream from restaurant Maxim!
7 Stout Clan are joined by Band Of Shysters. Pseudo-Celtic-Savonian folk orchestra from pre-historic fog to cyber punk. Showtime at 8pm (which is 7pm UK time) and their is a Facebook event with all the details you need.

The third in a short series of Live Streams of artists that we bloody love.
This time we are proud as punch to have London Irish Punk Folker Anto Morra live streaming from his living room. Think Christy Moore meets Billy Bragg but more fun and a better singer!
“Personable and engaging performer” – Folk London Magazine
Join us on the London Celtic Punks FB page on Wednesday 3rd June at 8pm for an hour of surprises!

American Irish band Clover’s Revenge were due to kick off their UK and Ireland tour in London next month but then you know and it all got cancelled. To make up for it their going to do a full band live set over the internet via the London Celtic Punks Facebook page on Thursday 25th June at 8pm UK time.

The tour has been re-arranged for 2021 so grab a taste of Clover’s Revenge now and expect to be drinking with them in twelve months time!

the fourth in our short series of Live Streams sees Louis Rive taking the microphone from his home in Barcelona.
Scots born Louis follows on from traditional bards such as Michael Marra and Hamish Imlach, as well as drawing inspiration from storytellers like Tom Waits and Lou Reed, capturing the trials and tribulations of those that often go unnoticed. With his punk attitude it is all about the losers, the hopeless, the down and outs. It may not be glamorous but it is authentic.

Tune in at 8pm UK time on Thursday 16th July on the London Celtic Punks page for an hour of fine Scots folk music and chat.

EVERYTHING BELOW IS SUBJECT TO CANCELLATION SO ALWAYS CHECK BEFORE YOU TRAVEL.

This will be one hell of a night!!! Two Dutch bands head to London to play their first ever gigs in England. THE ROYAL SPUDS play straight up old fashioned Celtic-Bloody-Punk music while PYROLYSIS are a bit more gentle playing acoustic style Irish folk but both will have you beating up the floor! The venue is the iconic Dubin Castle, 94 Parkway, Camden Town, London NW1 7AN. Just a short walk from Camden station. Support comes from  the amazing Irish-Trad-Folk band CROCK OF BONES and one man tour-de-force COMRADE X. PUT IT IN YER DIARY now!

Expect high level shenanigans from Florida based Celtic-Irish-Folkers CLOVER’S REVENGE. Still working on the venue so check back soon.

It may not be fashionable to be fans of cover bands but sometimes it;s all you got and if its done well then f’ the begrudgers. CASH have been playing an authentic tribute to the man in black now for years, I’ve seen these guys before and they are top-notch and on their UK tour in the Autumn they will be performing the infamous Johnny Cash prison albums. NOT TO BE MISSED. The gig is at the Islington Academy opposite Angel tube. Tickets are under £20 from here.

BENJAMING’S CLAN is a band playing celtic rock from Petříkovice u Trutnova. The band started in 2013 as a continuation of family band Benjaming band consisting of a father and his three sons, which officially started playing around the year 2002. In the beginning of 2013 BENJAMING’S CLAN band stopped playing and recruited new musicians in addition to the original core members. Thus a new era begun which was marked by a change in the instrumentation and also in the whole musical style with more folk elements and bigger emphasis on the melodic lines.
Because the band was playing punk for ten years its songs are still characteristically ironic, emotional and filled with enormous positive energy which will appeal both to hardcore biker and music enthusiast.
The band still includes its punk hits such as Bohové na hrad, Americké popelníky or Švihák in their repertoire. Some members are also multi-instrumentalist, who play instruments such as Scottish bagpipes, banjo, trumpet, mandolin, accordion, tin whistle, violin, keyboards and of course drums, guitar and acoustic bass.

Support for both nights are CROCK OF BONES London’s newest and bestest Irtish folk-trad band and folky-punky tales from Kingson’s THE DISINCLINED.

BENJAMING’S CLAN start their tour begins on local turf. for me anyway. Live at The Oak, 98 Richmond Road, Kingston Upon Thames, Surrey KT2 5EN. Tel: 02085490074. Fast becoming Kingston’s #1 music venue both THE DISINCLINED and CROCK OF BONES played a successful gig here last November so expect more of the same BUT with a lot more. Free entry but bring money for merchandise and support bands on tour!! Just a very short walk from Kingston train station and easily accessible from London via Waterloo and Clapham.

BENJAMING’S CLAN play the second date of their tour at the famous Birds Nest in Deptford. One of London’s coolest DIY venues for years now. The Birds Nest has evolved into a fantastic, international music and arts venue while retaining its original South London flavour. Located at the end of Creekside and on the borders of Greenwich and Deptford, the pub is a hub of artists and musicians. Live music varies from folk to hardcore punk, Blues to Ska, established well known bands, to up-and-coming local talent. You will also find a nice choice of food at affordable prices and served throughout the day with traditional roasts served all day Sunday with meat / vegan / vegetarian options.

The Birds Nest, 32 Deptford Church Street, London SE8 4RZ. Just a short walk from Deptford Mainline and Deptford Bridge BR. The venue is also a hostel if you want to stay over. Venue web-site here Facebook page here . Keep a eye out for the gig event on FB soon.

HARD LUCK BUT YOU’VE MISSED ALL THESE

these are all the events we have put on down the days. for a much more detailed version of this go our Past Gigs section here 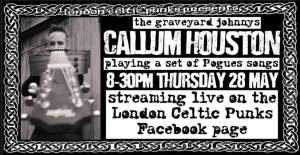 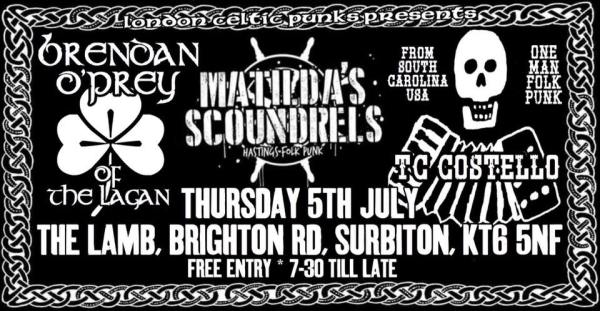 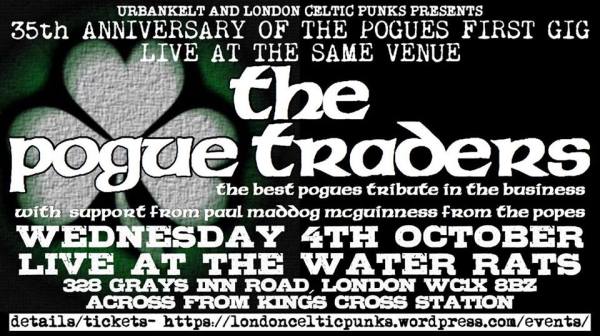 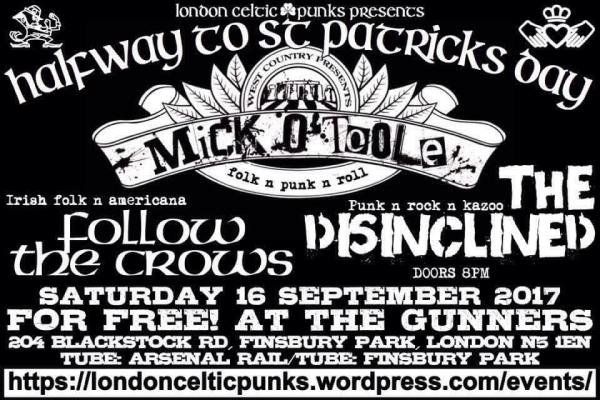 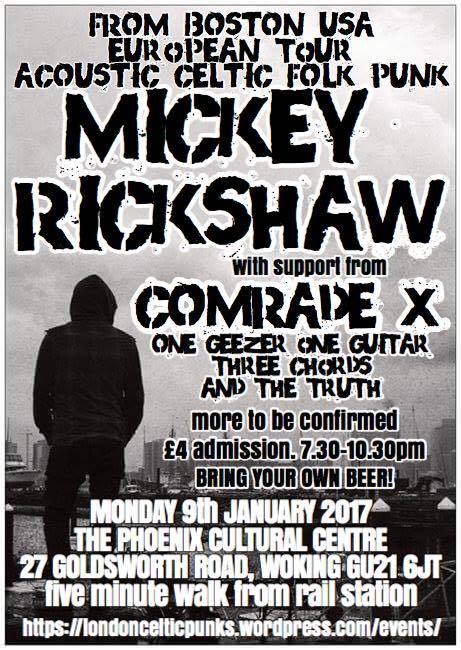 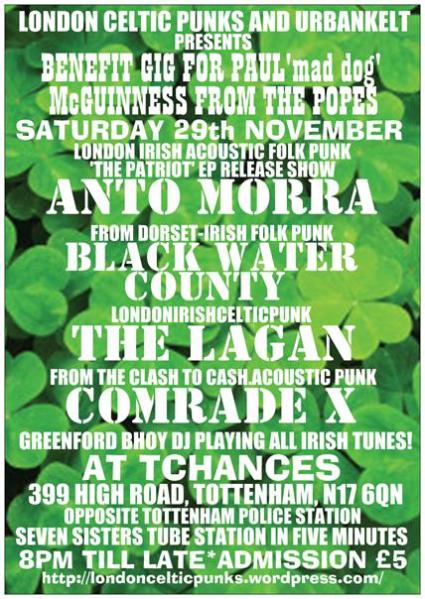 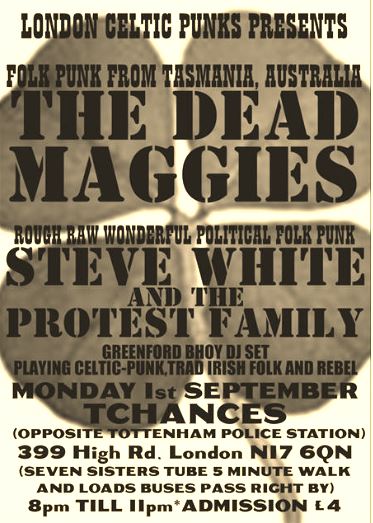 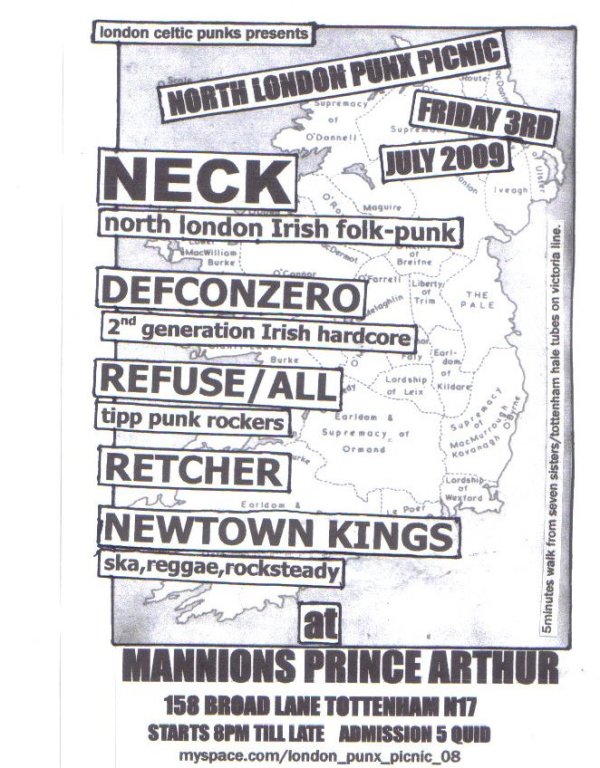