Legend of the Irish music scene Christy Dignam of Aslan teams up with Dublin punk band Hooligan on a new 4-track single released this week. The moments when you meet your heroes stay with you forever and it was a chance meeting between Irish folk-rock legend Christy Dignam and a young David Linehan at one of Christy’s band Aslan’s gigs that has led to the release of this fantastic collaboration between Irish folk and Irish punk over twenty five years later. Meeting again recently David reminded Christy of the time when fresh back in Dublin after a stint squatting on the the Loughborough Estate in south London when David and a mate walked into a rehearsal studio in Great Strand Street, an alleyway near the Halfpenny Bridge, where unbeknownst Christy, who had not long left Aslan, was rehearsing with his new band. From being away David had noticed that the music scene in Dublin was far more snooty and elitist than in London

“imagine my surprise at instead of being told to feck off he said “c’mon in lads” and allowed them to stay watch them play a few songs. I was struck both by how friendly he was and the warmth and kindness of the man”

Christy asked if they had a band and said if we didn’t we should form one because if nothing else they looked the part! Just the kind of confidence boost any budding young artist needs.

‘(Justa Nother) Teenage Rebel’ is a cover of the much loved paean to the late 1970’s tale of familial teenage angst, originally released by northern Irish punk rock legends The Outcasts. Formed in war torn Belfast in 1977 The Outcasts were three brothers and two mates who came up with the name after being banned from local venues. Releasing their debut single ‘Frustation’ on It Records in May, 1978 they soon after signed to the Good Vibrations label who released “Just Another Teenage Rebel” in November 1978. The single rose to the top of the Alternative charts and the band received much radio  airplay. The band imploded in the mid-80’s but with the sad death of founder member Colin Cowan the band got back together in 2011 and are still going strong now. 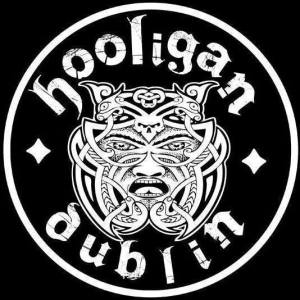 Approved by the two surviving Outcasts brothers, Martin and Greg Cowan, it’s a great choice of track and is part of a four track EP released on Reekus Records, home of Dub legends The Blades, who incidentally also released This Is which was the first record by Aslan over 30 years ago in 1986. Aslan are often thought of as

and they certainly blazed high taking the Irish music scene by storm with their brash interpretation of Stones style rock’n’roll all be it with a very Irish twist. Formed in the working class northside of Dublin they seemed to be on the verge of worldwide fame and fortune before tragically imploding on the very day their debut single was due to be released in the USA in 1988. Dublin at the time was in the midst of a terrible heroin epidemic and young Christy was not immune to the same pressures as others in his home city. Unceremoniously fired from the band due to a spiralling heroin addiction that would haunt him for decades Christy left the band and though they tried to soldier on without him it wasn’t long before Aslan were no more. Silent for five years they returned and their music had become more refined and influenced by folk melodies. Fame again awaited them but as has been the Aslan way it’s been a rocky road intersperced with long periods of inactivity but always sustained by their loyal and large fan base. The band have released six studio albums as well as two ‘best of’ albums and have a list of smash hits that have topped the charts as long as yer arm. Aslan have forged a legacy that has seen them become one of Ireland’s most popular and enduring musical acts and as the bands motto goes “the lion is still roaring”.

So it was that shortly after meeting again all these years later David contacted Christy and sounded him out about the possibility of performing on the next Hooligan record. Christy jumped at the chance and ‘(Justa Nother) Teenage Rebel’ was born.

Hooligan have made a name for themselves releasing a pile of fantastic critically acclaimed EP’s over the years. Formed in Dublin in 2009 the band has been beset by member comings and goings but at last things are more settled and founder and guitarist/singer David Linehan is joined by the brand new rhythm section of Eoin Page on bass and ex- Paranoid Visions drummer Paul Price. ‘(Justa Nother) Teenage Rebel’ is yer basic classic 77 era punk rock. Chugging guitar and thundering bass with Christy’s distinctive voice driving it along. The following tracks are more of the same with Upstarts/Clash/SLF comparisons inescapable on ‘Generation On Fire’. Guitar driven anthemic Irish punk that leads us soon after into the tribute to Uncle Joe himself. The Clash influence is in overdrive with ‘Calling Joe Strummer’ with the spirit of everyone’s favourite public schoolboy coursing through it’s 200 seconds. The album ends with ‘Gang War’ and here Hooligan are at their best for me. Loud and brash and in your face with a catchy chorus and a killer punk tune that’s over before you can think what a great song it is.

Another fantastic EP to add to the Hooligan EP collection and you will be pleased to know that they will be making one of their regular appearances in London in a couple of weeks at the New Cross Inn dahn Sarf London supporting Splodgenessabounds on Saturday 4th November (Facebook event here) with a tonne of other bands including a rare capital show by London Celtic Punk faves Headsticks. The gig starts at 5pm and Hooligan will take the stage at 8-30pm so don’t be late!