Here at 30492- LONDON CELTIC PUNKS blog we much prefer to do really detailed reviews but its been impossible for us to keep up with all the great releases we have come across so here’s a few quick ones just to catch up and get 2014 out of the way. Each and every one are worthy of your time so go ahead and check them out.

A sad year for New Yorks premier celtic-punk band as they finally called it a day after an amazing 25 years together. Influenced by reggae, hip hop and jazz as well as folk and punk I gotta admit I’m a late convert to Black 47 but better late than never. This is a compilation of the best of their political songs. Irish republicanism looms large with the standout tracks the emotional renditions of ‘James Connolly’, ‘The Patriot Game’ and  ‘Bobby Sands MP’. The real standout though is the fantastic ‘San Patricio Brigade’, with the band accompanied by Eileen Ivers, which tells of the Irish deserters from the US Army who fled racism and mistreatment to join the Mexican Army and formed the St Patrick’s Battalion back in 1846. More on that here.

Imagine a catchy as hell pop punk band with fiddle, whistles and bag pipes and a very real foot in celtic history and you have Celkilt from Lyon in east-central France. Their fourth album came out to quite a fanfare and it really deserved it. Influenced from across the celtic nations Celkilt have taken the scene by storm since they arrived and with a continuously evolving and updating sound they need to be heard far and wide. Songs on this album represent all the celtic nations but is the Breton sounding title track that steals the show for me. The vocals are in crystal clear English and the production is immaculate! 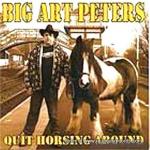 An album of laid back country classics from Arturo Bassick, the singer and last remaining original member of 1977 punk rock legends The Lurkers backed by members of German psychobilly band Mad Sin. All great fun and will definitly remind you of those records your mammy loved back when you were a kid. Clearly influenced by Johnny Cash I half expected  Arturo to produce a spoof/jokey album but no its serious and shows the upmost respect. I can see yet another door opening for this already busy and very talented geezer. 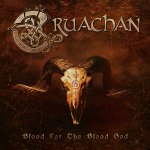 Formed in Dublin back in 1992 Cruachan are one of the world’s top celtic/folk-metal bands. I must admit to a very limited knowledge of that suprisingly busy and popular scene and anything I know comes from this previous article here on the blog entitled ‘Celtic Metals Top Five Bands’. You would think not for the faint hearted but it is in fact very listenable and the folk influence is massive. This is the second instalment of a planned ‘Blood…’ trilogy and is their seventh album. The songs deal with stories from Irish mythology and chugging riffs compete with traditional Irish jigs to make a gloriously epic album.

Hailing from Portland, Oregon this is My Life In Black And White’s fourth album and their blend of Social Distortion style punk and folk has got them plenty of notice. Whiskey soaked singalongs and ballads sitting next to a rough punk sound with fast drum beats and distorted guitars where you can still hear the acoustic guitar strumming away in the fantastic mix. The best bands draw inspiration from past wars and cultural struggles and so do My Life In Black And White thus they bring a strong sense of folk tradition to the songs so that even on the punker songs a strong sense of the past shines through.

DUCKING PUNCHES ‘Dance Before You Sleep’ (2014)

New band to me hailing from Norwich away there on the east coast of England and one of many where the band members are, or use to be, members of more conventional punk rock bands. Really nice folky punk with biting lyrics and a real threat in what they say that belies the ‘nice’ music. Great storytelling songs and catchy as feck music. Highly recommended and I look forward to seeing more of these this year. A brilliant scene developing in Norwich with bands taking in every angle of celtic/folk-punk. Watch out for the East Town Pirates too. 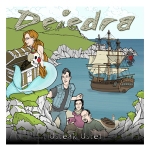 There has always been great links between the celtic nations and the Basque people. Both share histories of oppression and the scars of colonialism. Some even say that the Irish and the Basques are the same linked through their DNA. Deiedra play immaculate Irish folk filtered through Basque ears and sung in their native language. Some of the tunes are familiar but all are stamped with Deiedra’s own style.

Leftie folk-punk that reminds me of Mischief Brew or The Dead Maggies. From Montreal in Quebec they sing in English and even though it could have benefited from a better production but as ‘Penury’ was recorded in a loft Hard Up can be forgiven. A lovely bit of DIY folk-punk with great storytelling lyrics and banjo playing.

Only twenty minutes long but rattles along at a great old speed and keeps up the catchiness all the way through. Available for Pay What You Want so why not take a chance on them. You’ll not regret it.

JOHNNY KOWALSKI AND THE SEXY WEIRDOS- ‘Kill The Beast’ (2014)

Second album from this Birmingham based band that combines elements of ska, celtic, balkan, punk, rock’n’roll, mariachi, carnival and a whole lot more that I havent yet realised into the tumbler and gives it a good shake before knocking it back. A rollicking good time to be had by these. Nothing too serious just a seriously great time…

“He gathers forth distrusting words
He reach a stream, he can’t cry out
After knowledge always doubt
When over the hill there comes a shout
The distant smoke, the smell of stout”

They come from France and even though I don’t speak French Les Fossoyeurs Septik sound very pissed off! All yer classic bits of folk-punk and folk and punk are complimented by some very good reggae touches that don’t sound out of place at all. Another band in Mischief brew territory but with none of the Americana of said band these are French and sound like it. Like I said have got no idea what their singing about except they support the Animal Liberation Front so unfortunatly they got a lot to be pissed off about so. Their are only the occasional celtic moments but don’t let that put you off definitley worth keeping an eye on.

Formed in 2010 out of the ashes of local Austin, Texas punk bands Nowherebound’s third album is more punk than previous ones have been but the same touches that impressed me with My Life In Black And White’s album (see above) are also evident in heaps here. The acoustic guitars have been retired but the sound of Nowherebound hasn’t changed. Thank feck! From hard rock in-yer-face to pop punk melodies to raise-your-glass-and-sing-along-anthems Nowherebound hit you in the heart and head.

Last one and its The Pokes from Berlin and on first listen it was legendary North-Eastern England band The Whiskey Priests that it reminded me of. Celtic-punk without being particularly celtic it is nevertheless absolutely superb party music and looking at their videos they are something else live. Their fourth album and much the same great fiddle, banjo and accordion wrapped around clear vocals and often hilarious lyrics. Influences abound with everything from ska to polka sticking their nose in and combining to prove why The Pokes are one of the best and most popular bands in Germany.

apologies to all the bands as each and every release deserved the full LONDON CELTIC PUNKS treatment but time has got the better of me. If anyone out there wants to help out on the reviews front drop us a line. Don’t be shy we are always looking for help.