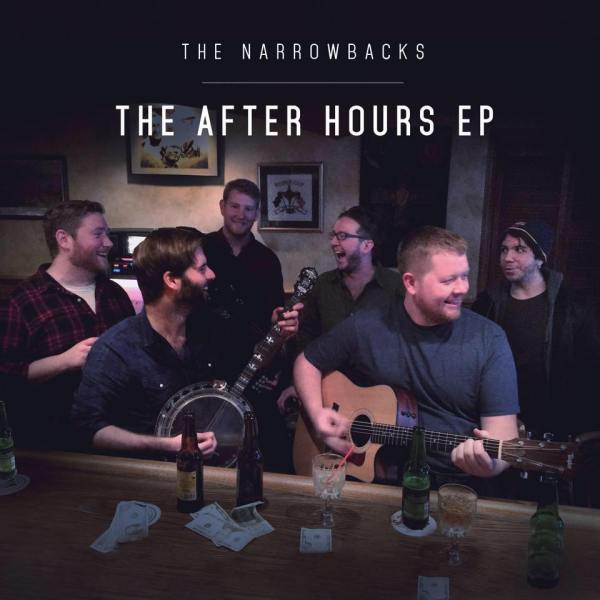 nar·row·back /ˈnæroʊˌbæk/ [nar-oh-bak]
–noun Slang.
1. Disparaging. an Irish-American.
2. a person of slight build who is unfit for hard labour
I’ve had the chance to go into the history of the American Irish plenty of times and in a country built on immigration it is the Irish in particular that built the foundations of that great country in spite of racism, intimidation and oppression. In the years following the Irish community stayed true to their roots and still exist in numerous pockets (though you would be hard pressed to call them ghettos these days!) and in every city, town and village in the United States. Just like the Irish elsewhere one of the main things that has kept the community strong has been the role of the pub and the most important aspect of the pub after the obvious one is of course music. It has been music that has kept our traditions flowing from generation to generation. The Irish in America have never felt the need to apologise for their beliefs and what they believe and The Narrowbacks are the latest in a long line of bands that have contributed to passing on those traditions to the next generation. Lead singer Seamus Keane explains the bands heritage.

“My father is one of 11 from Connemara, from the Irish speaking section, My mom was born in Queens and moved back to Clare. They met in the Bronx, moved up to Pearl River, and had six kids, including my brother Pat on the button accordion. Chris Moran on drums and Mike Moran (since left the band) on bass are Irish American brothers as well”

Formed in 2010 The Narrowbacks were the brainchild of a bartender and banker who wanted to inject a punk rock attitude into an old-time Irish folk group. They released a stand out album back in 2013 called ‘Fire It Up’ which contained a host of original compositions and a smattering of covers. Their choice of covers ranged from the popular to the less than well known and show a band in touch with their and their communities history. Like so many of us it was Shane and The Pogues that inspired us to dig into our family’s record collections and find the original recordings of those Pogues songs.

“Obviously, we come from the tradition of the Pogues. So many of us hated Irish music growing up until you hear Shane, and it creates this gateway to Irish music. Then you reach back into things like The Clancy Brothers and Luke Kelly to see what influenced Shane.”

Having shared the stage with just about al the big hitters in celtic-punk, the Molly’s, the Murphy’s, Black 47, Gogol Bordello, Mahones, Tossers and even The Rubberbandits when they washed up in New York!

In a music scene where its not uncommon for celtic-punk bands to include All-Ireland medal winners in their ranks those early days must have been intimidating for The Narrowbacks but over the years they have matured into a band that can comfortably take its place on any stage and in front of any audience. Currently on tour promoting their recently released EP ‘After Hours’ and in preparation to begin recording for their follow up album due out in the next few months. The EP’s five songs were recorded at Audio Pilot Studios in Boonton, NJ with Rob Freeman and a quick glance at the list of musicians who guested on the EP speaks volumes for how highly thought off they are. Joe Mulvanerty of the sadly missed NYC legends Black 47 on uilleann pipes, Andrew McCarrick of Jamesons Revenge on tin whistle and flute and Katie Linnane of Broken Banjo Strings on fiddle all contribute greatly to proceedings.
What you get is four punked up takes of Irish ballads and one recording of a pissed up drunken after hours sing song in a bar in the Bronx. The EP begins with ‘Star of the County Down’ one of the more common trad covers you are likely to hear but given The Narrowbacks superb treatment it comes up shiny and fresh. Simply brilliant from the first note and I’m sitting here listening to it imagining myself going off my head in some New York hostelry. The band have nailed a sound that is as home in the pub or the home. There is simply not enough uilleann piping in celtic punk and Joe is on fire here with his superb playing. This is followed swiftly by the ‘Rising of the Moon’. The song recounts a battle between the United Irishmen and the British Army in the rebellion of 1798.

“Death to every foe and traitor
Whistle loud the marching tune
And hurrah, me boys for freedom
‘Tis the rising of the moon”

Following is perhaps the most famous song in Irish history the ‘Fields of Athenry’. It wasn’t always so and I remember this song most for being on an album called ‘Irish Songs Of Freedom’ belonging to the auld fella. Over the years this beautiful song has been adopted by Irish sports fans as well as Celtic supporters and if I tell you that the version The Narrowbacks play is the one you’re most likely to hear at Celtic Park then I am sure there’s a good few of you will know what I mean!!

“By a lonely prison wall
I heard a young man calling
Nothing matters Mary when you’re free,
Against the Famine and the Crown
I rebelled they ran me down
Now you must raise our child with dignity”

The song tells of a young man transported to Australia for the crime of stealing a loaf of bread to feed his family. It is only fitting that this song should become a national treasure but what does come as a suprise to most people is that it was written in the 1970’s by Pete St.John. The last ‘proper’ song is ‘The Patriot Game’ and is sang as a rousing ballad rather than the bands usual fired up celtic-punk. The history of Ireland in song and the heroic death of Fergal O’Hanlon. Written by Dominic Behan and made popular by The Dubliners.

“And now as I lie here, my body all holes,
I think of those traitors who bargained in souls,
And I wish that my rifle had given the same,
To those Quislings who sold out the patriot game”

Certainly one of the most hitting rebel songs ever wrote. The EP ends with ‘Aqueduct, 4:15am’ which is the band and their mates raving it up after a night on the lash. The sort of track you’d give your wages to get on! Can’t wait to hear the new album and if it continues in the same vein as ‘Fire It Up’ and ‘After Hours’ then the bhoys will have a surefire hit on their hands. With the sad retirement of Black 47 it certainly looks like the NYC Irish have found the band to represent them.
The Narrowbacks: American First, Irish Always.
(you can have a listen to the bhoys official bootleg ‘Live At The Stone Pony’ in New York city below by pressing play on the Bandcamp player)
Buy The EP
FromTheBand  iTunes  Amazon  cdBaby
Contact The Band
WebSite  Facebook  Instagram  Twitter  Bandcamp  ReverbNation  YouTube  Google+