NEW SINGLE FROM CALLUM HOUSTON ‘ONCE UPON A TIME IN CARDIFF’

Acoustic Alternative Folk Rock.
Made in Bretagne. Inspired in Ireland. 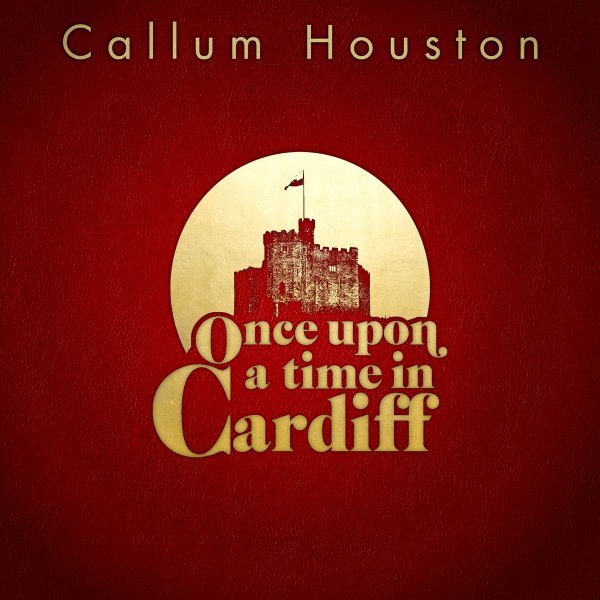 Among the first reviews of 2020 is the new single from a relatively new favourite of ours Callum Houston. I say relatively as we have been big fans of his other band the Welsh Psychobilly band The Graveyard Johnnys for years. The last few years have seen Callum move from Cork to Bristol to Wales and then to Lorient in Brittany where he has become a much loved fixture on the Breton Irish music scene playing regularly around the country. His debut single from last year Gravities was a big hit reaching #5 in our recent Best Of 2019 poll. It led to a successful mini tour of England including a fantastic London Celtic Punks gig down at Frosty’s Bar in Kenton. His new single Once Upon A Time In Cardiff came out just last week and keeps up the high standard with a tale of a long forgotten love affair suddenly remembered.

From car to car and bar to bar, underneath the castle lights,
It was the time of year that brings good cheer, there was warmth in the city that night,
Though I talk some junk, I’m a romantic drunk and to you my words fell right,
So we cut the rope, we pushed the boat, set sail into the night

You don’t have to think about it,
Because it’s not for real,
Pay no attention to,
The things that I say or how I feel

From drunken chat in your student flat, the seeds of lust are sown,
Though I never really wanted it to be this way, I just hate to be alone,
Well these poster walls reflect your soul, all the books that you have read,
So I flick through the pages of a magazine, I found beside your bed,

The morning rain is falling down, clears my soul anew,
Cliches keep calling and most of them, most of them are true

And you roll a smoke, I toke, I choke, well never going to do it again,
And there’s hope in your eyes, there is no disguise, let’s leave it at that my friend,
Well you played me a song, I heard it wrong, the words didn’t get right through,
Six years from then, I hear it again, it makes me think of you, that life that I knew.

The track is available from the link below for a paltry Euro. Yes a single Euro! It was recorded at Sleeper Studio, Châteaubourg in Bretagne. Callum was vocals and acoustic guitar and Sleeper Bill was on everything else. Callum will be treading the boards again in London again soon with both The Graveyard Johnnys and as a solo artist so keep and ear out here for any developments.

Acoustic Alternative Folk Rock.
Made in Bretagne. Inspired in Ireland. 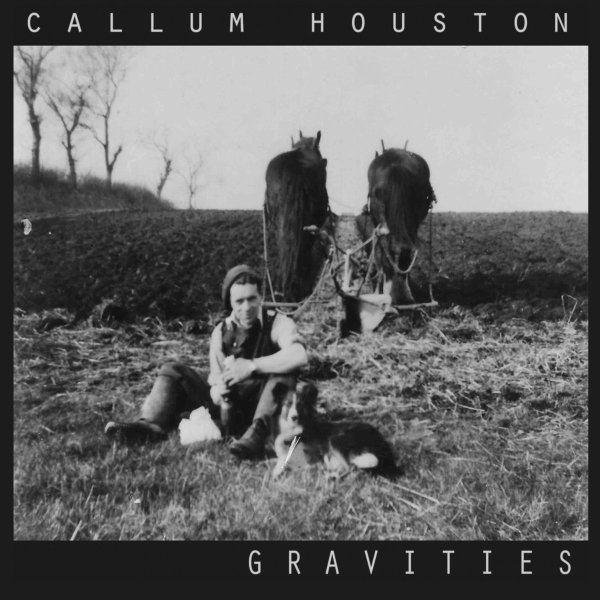 I first became aware of Callum Houston a few years ago when I was spending another rainy day off work trawling through YouTube and settling again on a couple of hours of videos of my new favourite band The Graveyard Johnnies. Watching away further evidence if it was ever needed that I have indeed turned into my Grandad was my eyes were drawn to their awesome guitarist Callum’s tattoo of an Irish harp on his arm. Grandad could spot an Irish connection at 100 yards and could name any famous person with even the smallest of Irish roots. Not many will know this but my BIG love besides Celtic-Punk is Psychobilly which is the bastard love child of both Rockabilly and Punk and The Graveyard Johnnys are that rare thing in the Psycho scene of being a young band but also massively popular, headlining most of their gigs. Not one to keep this to myself I rushed off a message to the band and found out that indeed Callum was Irish but was also living in Brittany and allied to that The Graveyard Johnnys were based in south Wales it makes them probably the most Celtic band in existence!

Born in Bristol before his family washed up in Carrigaline in Cork when young Callum was the tender age of 4 his formative years were in Ireland before a move back to England at 15 and then a return back to Ireland to Dublin to study Irish music. As he says

“Cork will always be home, it’s not where your born it’s where you grow up and learn about life.”

Callum was back again in England when he read The Graveyard Johnnys were a guitarist down so Callum jacked in his job and moved to Wales, sleeping on the floor in the band practice room for five months till he found somewhere to live. These were wild times with the Johnnys touring non stop all over Europe and it was on one of these tours whilst playing in Paris that Callum met his partner. They would go on to have a child and he moved to Paris to join them. He began playing regular solo gigs in Paris many Irish bars as well as busking on the Metro to earn a living. Later on they moved to Brittany where the standard of living is better (and cheaper!) and the where the culture is very similar to that of Ireland. The Breton people are very proud of their Celtic roots and Callum felt at home. He now performs regularly throughout Brittany and France playing anywhere from Irish bars to Bistros to street corners as well as jetting back and fourth to Wales to play with the Graveyard Johnnys.

Gravities is Callum Houston’s debut release and the striking photo on the sleeve of the EP is not actually of a young Callum at all but of his Grandad on the Houston family farm in Donegal. The record begins with the title track and while their

are only slight signs of the Rock’n’Roll and Irish folk that Callum usually plays you can hear in these original compositions how he manages to make his living playing Irish ballads around the bars of Brittany. Here he takes a more contemplative turn and the lyrics like the music are thoughtful and clever. Their may be none of the urgency associated with the music that Callum usually plays but that’s not to say its soft or throwaway. It may be gently played acoustic music but it comes with more than a edge of something a lot harder. Callums acoustic guitar is aided by banjo and what sounds like a cello making a great combination that would more than sound at home across both a busy pub or a quiet intimate bar. These are the kind of songs that cut across the noisy chatter of a pub and demand attention. ‘Sink Or Swim’ takes a similar route and again that menacing edge to it keeps it from sliding completely into the folk section. Callums voice with its gentle Cork lilt is perfect for this and you can see why he’s made a success of playing solo gigs. Catchy and upbeat and perfect for them toe-tapping moments.

On ‘Euroline’ the tale is of travelling back and forth across Europe, of times spent waiting and waiting for trains and coaches. Told with humour and played with gusto the song again hits the spot and over four minutes is allowed plenty time to develop. In fact at fifteen minutes the four songs here fly past much quicker than you may expect and on ‘City Of Lives’ the EP comes to an end with the records standout track. At times dark and slow and menacing before busting into life as a catchy foot stomper. 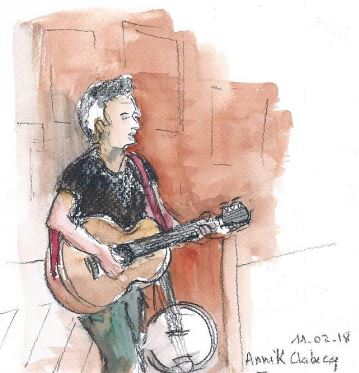 Gravities was mixed and mastered by Jacky Cadiou At The Movies Studio, Brest and was released at the end of last month. It’s available on download and also as a compact disc that comes with a few free gifts and is only €5. So about a quid a song! Having grown up listening to traditional Irish music and spending most of his adult life touring across the world with Punk and Country bands Callum has developed a unique and original style. A talented songwriter and musician and with fans spanning genres from punk to trad folk it would be a shame if this record somehow fell into the mid way ground between them.

(you can stream Gravities on the Bandcamp player below for free but it’s only £4 to download so put your hand in your pocket Celtic-Punkers!)