Ten years young so time for their debut album! German Celtic-rockers Kings & Boozers have Still Got the Booze ! 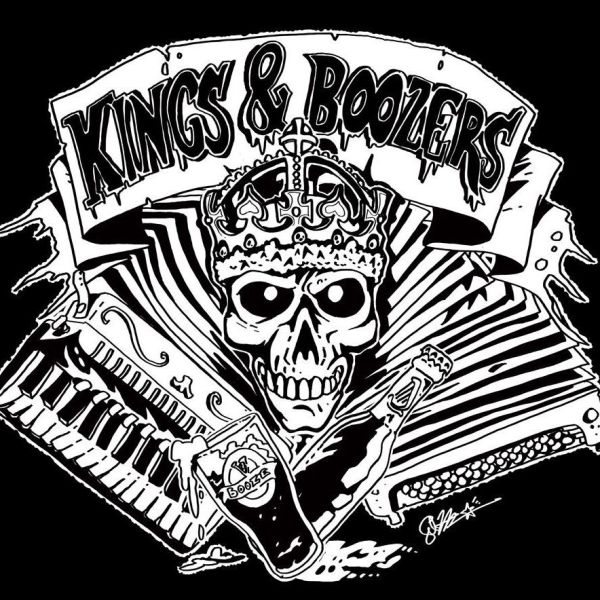 Kings & Boozers are the latest band in the glorious history of German Celtic-Punk to feature here. Ten years young this year they were born out of the ashes of long time German scene stalwarts Lady Godiva who released several albums from 1994 to 2006 of a more folky version of Celtic-Punk. When they called it a day two bands would emerge with Muirsheen Durkin & Friends one (check out our review of their 2018 album here) which carried on in the same folky Irish vein as Lady Godiva and the much harder edged Kings & Boozers. Both new bands have a crossover of members so there’s a lot of co-operation between them but both have taken different routes on the Celtic-Punk highway and have delivered two completely different sounding albums. 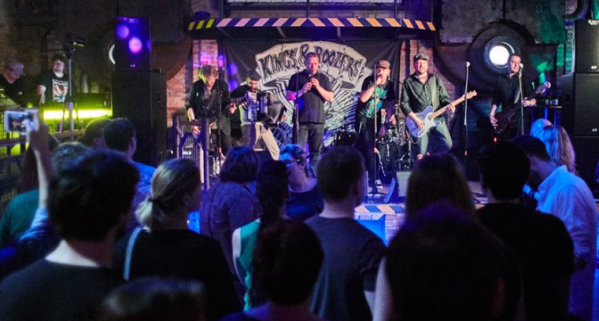 Still Got The Booze is their debut release and we have a combination of covers, both well known and not so, traditional folk and fast rockin’ punk all taking their place. Kicking off with the short intro of a loser in a pub crying into his beer before the album really kicks off with the title song and ‘Still Got The Booze’ and sets the story of the band to a great Irish influenced folk-punk tune. Tin-whistle and accordion lead the Celtic side of things and singer Thomas has that raspy, 60 fags a day singing voice that a few German bands go for but also seems to fit the music so well. A real thigh slapper to start with before the first of three Lady Godiva songs are re-visited. Not knowing them I had a brief look through You Tube and can only guess they are beefed up a bit from those original versions. ‘One Whisky’ continues in the same vein.It’s high tempo and super catchy with the guitars and drums leading the Celtic instruments on a merry dance. ‘One Whiskey’ was also recorded by Muirsheen Durkin on their recent album and you could safely say is the folk opposite of the Boozers punky version. Thomas even sings both versions I think! Next up is one of my favourite songs and one I have been suggesting to bands to cover for years. ‘Bold Fenian Men’ has all the necessary parts to make it one of the most famous Irish rebel songs. Sacrifice and war and love abound in a song based on the aftermath of the failed 1916 uprising in Dublin against British occupation. Best known as played by Irish legends The Wolfe Tones the song was written by Peadar Kearney, who also wrote the Irish national anthem. The Boozers version keeps it slow but with chugging guitar and some excellent drums while Thomas is joined on vocals by Mike Rivkees of the Boston based ‘Celtic-Punk Next Big Thing’ Mickey Rickshaw.

“Some died by the glenside, some died near a stranger
And wise men have told us their cause was a failure
But they fought for old Ireland and never feared danger
Glory O, Glory O, to the bold Fenian men”

This people is how to play a standard. The guys have a wicked sense of humour and show it next on ‘Seven Paddies in Berlin’. The song has already seen the light of day as it was featured on Raise Your Pints Volume 3- MacSlon’s Irish Pub Radio sampler CD. Drugs and drink are taken as the Bhoys have a debauched trip to the German capital. Another Boozers & Kings composition follows with the slow and melancholic ‘Queen Of Hearts’ and every decent Celtic-Punk album needs at least one of these with Thomas singing of cards not women! A smattering of covers follow beginning with ‘Drunken Scotsman’ originally by Mike Cross, a naughty song about kilts that came out in the late 70’s and is given the Celtic-Punk treatment this is followed by another Lady Godiva tune ‘In God We Trust’. Again its played with a bit more bite and they nail it as their own. 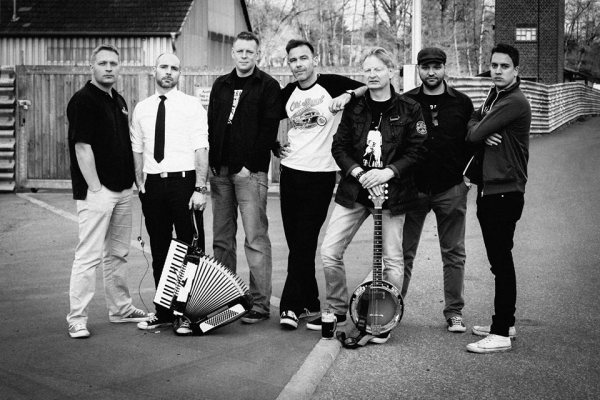 When choosing their cover versions Boozers And Kings have done very well and were lucky on ‘The Raven’ to have the songs writers Gary Miller and Mick Tyas of The Whisky Priests along for the ride. The Whisky Priests were from County Durham in the north-east of England and were around from 1985 to 2002 and though very popular here at home they were absolutely massive over in Germany so it’s great to see them remembered and even greater news is that plans are afoot for their reformation of the band and tours, record re-releases and even new recordings are all in the planning stages. Renowned for their live shows and hectic touring schedule they built up a great reputation so its brilliant news that we’ll see them back playing live again soon.

The song is from the 1992 Timeless Street album and what they have produced is so much more than just a bog standard cover. The love and respect oozes from it and the tune itself is a worthy tribute to the soon to be back with us again Whisky Priests. It’s fast and that unmistakable north-eastern England sound that differentiates it from the Irish influenced folk of the Boozers. A great song telling of a bastard who grows from child to man and only ever changes when the full moon shines.

Again it’s catchy as hell and leads us nicely into a cover of the ever popular ‘Wild Rover’. Yeah its been done to death but it’s given a bit of a twist here with the Boozers covering Craic Haus version of the song. Sung to the tune of ‘Ghost Riders In The Sky’ its a great twist and has what Craic Haus have christened Shamrockabilly coursing through it. We heading towards the end so time for another jokey song with Milwaukee singer/songwriter Pat McCurdy’s epic ‘Sex and Beer’.

As you can imagine its not a totally serious song but great fun nevertheless. The third Lady Godiva song ‘Remember The Time’ is a sentimental rocker that leads us into the final and ‘Everyman Is A King’ brings down the curtain. Written by Pogues mandolin player Terry Woods and fellow Irish legend Ron Kavana the song appeared first as the B-side to ‘White City’ before being included on the expanded release of Peace And Love.

“From the far corners they made it their home
The Eyeties and Germans, the Paddies the Poles
Goin’ down in the dirt comin’ up with the gold
Like Bill Fuller, the Kennedys and Corleones”

A fantastic song that takes in what we all love and hate about the States but overall the opportunity it gave to so many people fleeing from poverty, and worse. Thomas gives it a decent Terry Woods impression and it’s a solid version that doesn’t stray too far from the original. 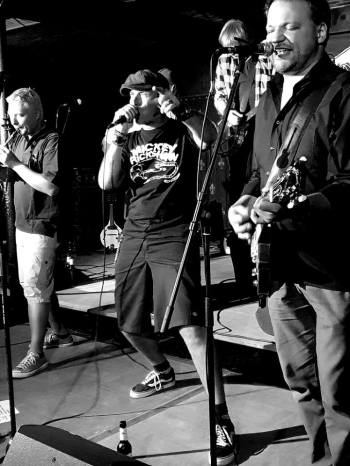 Produced by Sebastian ‘Seeb’ Levermann, of famous German metallers Orden Ogan and owner of the Greenman Studios he has done a grand job taking the folk and punk elements and combining them to make a powerful album that is not over produced or sees either wing of their music over dominating. Ten years since they first kicked off is a rather long time to get your debut album out but it was a wait worth waiting for.Their experience in other bands has stood them well and whether you call them Folk Punk or Celtic Rock it doesn’t really matter as the one thing you are guaranteed is a damn good time and they have managed to successfully transfer that sound onto Still Got The Booze.

Buy Still Got the Booze

The Whisky Priests You can listen to them here and even better catch them live in central London at The Borderline on the 19th November later this year. Information and tickets here.

"It's been a great ride. Thanks for coming along. So long and thanks for all the drinks".