Tag Archives: No Murder No Moustache

ODDS’N’SODS. CELTIC-PUNK ROUND UP AUGUST 2020

We want to move away from just being ‘ReviewReviewReviewReview’ so we have started this monthly feature that comes out on the last day of each month. All news items that we otherwise miss will get a mention but I need YOU to be the eyes and ears if it’s going to work so send over to us any band news, record releases, videos, tours (not individual gigs though yet sadly), live streams, crowd funders etc., to us at londoncelticpunks@hotmail.co.uk or through the Contact Us page and it will go in here!

New re-arranged dates are starting to trickle out and STIFF LITTLE FINGERS have announced new tour dates for the UK for March 2021 including London at the Roundhouse in Camden on the 20th.

I’ve made no secret of my love for the Norwegian band OGRAS over the last few months and at the end of June they made one of the best Live Streams of anyone during the whole ‘clampdown’. Playing as a full band aboard the MS Progress a 1914 built former fishing boat these guys showed why are they rapidly gaining a name for themselves in the Celtic-Punk scene. Well they just re-mastered and re-cut the show and put it up on You Tube so please I implore take just twenty minutes off and make yourself comfortable and feast your eyes and your ears on this magnificent production.

We had expected to be putting on PYROLYSIS live in London in July along with fellow Dutch Celtic-Punkers The Royal Spuds but the clampdown put paid to that! They have been busy though with a few irons in the fire starting with the release of ‘Leave Me’ on You Tube.

Chinese Celtic-Punk pioneers SMZB have a new album Once Upon A Time In The East coming out soon and released a superb video on July 1st for ‘Man Jiang Hong’ their first single from the album.

New Brunswick is Canada’s (self-proclaimed) most Irish City and home to a thriving Celtic community being 20% Irish and not far off the same Scottish. Its also home to RAGLAN ROAD ‘one Islander, one Newfoundlander, two Miramichiers and one party just waiting to happen’ We may have heard Drunken Sailor a 1000 times but you cannot beat it when its played just right!

Milwaukee, Wisconsin based WIDACRE are a Hardcore Punk band that dip their toe in and out of Irish music and have a very interesting back catalogue that encompasses everything from HC to Folk. They released a craicing cover of The Pogues track ‘If I Should Fall From Grace With God’ earlier in the year but we’re only just catching up now. Available as a ‘Name Your Price’ download.

The cousin of Johnny Piper from US band Alternative Ulster has a new band on the go. CHUCKY ARLA & THE PETROL BOMBERS describe themselves as ‘angry Irish rebels, happy Irish drunks, bomb tossing tossers, banjo playing punks’ and have an album out you can hear below.

THE REAL McKENZIES – Beer And Loathing

THE CLOVES AND THE TOBACCO – Julan Palang

THE LANGER’S BALL – Appetite for Tradition

Even doing this we regularly come across music that we missed first time round so here’s a slight chance to make amends and also to listen to something different. Dublin born Daniel McDonnell spent time in England growing up before returning to Ballymun and later becoming a rising star in the Irish Hip-Hop scene. He goes by the stage name LUNITIC and his 2009 Based On A True Story features artist such as Irish Hip-Hop emcee Rí-Rá, 4Real & Moschops and Damien Dempsey. Available as a ‘Name Your Price’ download.

South Yorkshire Celtic-PUNKERS SHANGHAI TREASON have a new digital only EP out. Three DIY covers of traditional Folk songs now available to download Bandcamp. Only £3 an all profits raised from will be donated to NHS charities. Good lads.

A plug for some good friends of ours over on Facebook. The Dropkick Murphys- Fan Page and the Celtic Punk, Folk And Rock Fans are two of the best music forums on FB let alone Celtic-Punk. Ran By Fans For Fans. Just like and join in the fun!

So you get the idea so all we need to do now is fill it with news and remember if you are new to the London Celtic Punks blog it is easy to subscribe / follow and never miss a post. Also if anyone is interested in helping out on the reviews front then let us know via the Contact Us page. 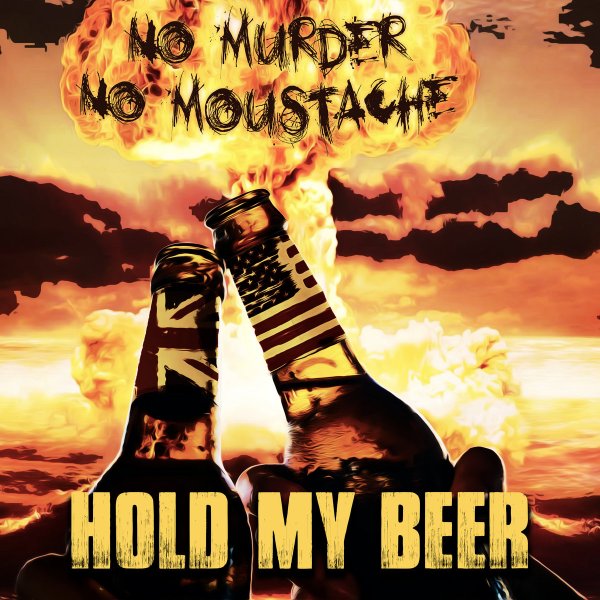 Not that sure when the trend for solo artists to give themselves names more akin to groups started but it is a trend I find quite irritating! It gives off an air of being a bit high-and-mighty that doesn’t sit well with me in the down and dirty world of DIY Punk Rock. Still No Murder No Moustache may be forgiven as on first listen and without that information you’d be forgiven for thinking it was a full band. 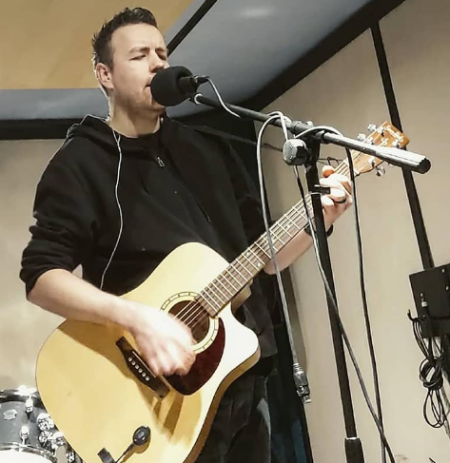 The EP opens with ‘Hold My Beer’ and the sounds of a busy pub which may be familiar to one or two of you! It’s played as fast as hell and despite being all acoustic is definitely a Folk Punk number. Owen Crawford is the man behind No Murder No Moustache and plays all the instruments and also wrote all the songs. He has been plying his trade in a number of Metal, Punk and Rock bands based around South Wales and toured all over the UK and Europe. Lyrically it’s a hard hitting expose of society and how some people share not an ounce of compassion but are totally weighed down with greed. The words fly at you fast and the accompanying music does too but Owen has a clear and distinct voice where you catch every word.

Fast frantic acoustic guitar strumming is the key to the music here but backed up with drums and mandolin. The drums are a bit subdued and if louder would have given the EP a bit more bite but only a minor quibble. ‘Fragile Society’ definitely has some New Model Army influences knocking about with Owen sounding remarkably like Justin Sullivan at times. ‘Lose Myself To The Dark’ starts off with a traditional Irish air to it before the pace takes off and the addition of tin-whistle cannot but help! My favourite of the songs here. Some dark lyrics about hopelessness but played in a real upbeat manner meaning the jolly backing belies the subject of the song but that is the beauty of Folk music.

‘Only Lies So Far’ is the EP’s mellow song but still manages to pack a bit of a punch towards the end. The song tells of the current (hopefully as every day goes by it gets less so) crisis and the way that it has been handled and politicised for point scoring while the rest of us just try to get by.

The real gem here is the final song ‘Cyn Mae’r Byd Yn Cael Ei Ddinistro’ and the Welsh language has a proud history in modern music especially Punk. Anhrefn, known as the Welsh Clash, were trailblazers for a language spoken by over 20% of the population of Wales recording six albums and touring the world singing only in Welsh. The song here translates to ‘Before The World Is Destroyed’ and the mandolin is given top billing while the song sees the EP out on a slightly poppier side but still links up to the previous songs rather nicely giving the EP a perfect flow I think.

Hold My Beer was released on June 26th and Owen was the man responsible for everything from the music to the production so this is serious DIY music! Alongside the EP Owen has produced Hold My Beer twelve page fanzine that also includes a download code for just £3. Thirteen minutes or so of decent one man band Celtic-Punk then so def one to read with a cuppa while Hold My Beer plays in the background.

(Download or Stream ‘Hold My Beer’ on the Bandcamp player below)