Elevation Illustrations is the second album release from Danny Diatribe aka Irish rapper Danny Lynch originally from Derry City but based in Manchester. 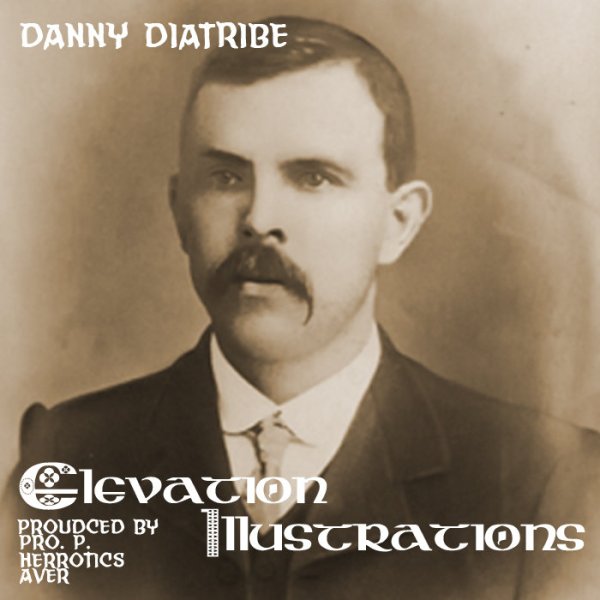 Now first things first. What I know about hip-hop you could write on the back of a postage stamp to be honest but I do like music of the Irish diaspora and I do own the House Of Pain discography and that has made me the most qualified out of all the London Celtic Punks reviewers to take on the new Danny Diatribe album for you! Danny was born Danny Lynch in Derry city in the occupied north of Ireland but emigrated to Manchester as a young ‘un ten years back. Danny may not be the first celtic-rapper (see our article The Top Seven Celtic Hip-Hop Artists And Bands here) but he is one of only a small handful waving the tricolour in England!

Elevation Illustrations is Danny’s follow up album to 2013’s Information Age and though musically a hundred miles away from what I usually listen to I found myself getting proper into it… so i did! With a whole host of guest artists appearing Elevation Illustrations is like a who’s-who of the Manchester rap scene but is most definitely Danny’s work. Kicking off with ‘Towards Balance’ which was released as a single from the album.

Followed by ‘Encounter Philosophical’ and another great video goes with the song this time filmed in Reykjavik, Iceland. In fact one of the things most impressive things about Danny Diatribe is the quality videos that accompany pretty much all of Danny’s songs. ‘Magum Opus’ features Conor McGregor giving out on what is the Irish way while ‘Roses’ features Wile Man. The nightmare of alcoholism is the feature of ‘Ten Green Bottles’

“Emerge from buried history, i never speak in novel tones,
Never do I grovel thrones, I hobble down the cobble stones,
Sunken in the drunkin groans, my thoughts are dim lit alleyways,
Drown my screaming ego, I escape from my reality.Fall into the gutter on theses doom stilts,
Calls for help turns into a spludder as the room tilts,
This is the life for me, cos there is no life for me,
I drown the fuckin sight i see”

and more nightmarish visions follow in title song ‘Elevation Illustrations’ featuring Herrotics and Misc Jockey. ‘South Manchester’ is a gritty slowed down diatribe on an area of Manchester that goes from the footballer-belt right up to the inner-city. ‘Boneshakers’ features Dubbul O and ‘The Vagabond of Babylon’ features Danny in the video wandering round his native Derry.

‘Paddys Cure’ follows and begins with a blast of the Dubliners and is as good a song about Irish emigration as you’ll hear. The song is featuring fellow Manchester Irish rapper D’Lyfa Reilly and the pride and the sadness of leaving Ireland and being Irish is clear.

‘The Void’ features Tony Skank, ‘Bun The System’ features Bill Sykes, Black Josh & Cheech and we’re coming to the end of the album and the last two songs sum up the album perfectly. ‘The Fractal Mind Of Diatribe’ is an extended rant giving Danny’s main philosophies on life.

“I’m Danny Diatribe, chillin on a manny vibe,
The chillin Irish guy that keeps it lit just like a fire fly,
Got more juice than 5alive, but never on the flyer I
Think promoters sleep they’re counting sheep and rapid eye
movement, showing improvement, I’ve been rhyming for a decade,
from mind to pen to tongue my lungs expand under my chest plate,
the Derry native gets creative with his intake
breath controls the central role for meditating stressed states
rippin the microphone cos its the dopest thing i know
gathering up my thoughts and then express it in a flow
I’m academic when i said it and it shows
I kick enlightened poems if you don’t know well now ye know,
but some dont comprehend so they need to be told again
the universe extends every time i hold a pen
don’t follow trends but ye can catch me at the bar with cats
spittin raps till another celebrity star collapse
off the beaten track, only reaching those that’s seeking facts,
leave that heathen chat, your teeth’s in that and what you speak is wack,
no-one believes in your mc-ing get your reason back,
im a seasoned cat, your a cell inside a semen sack,
must be fuckin dreamin, black Irish and we’re up north
the catechism causes craniums to contort,
futuristic, my target market’s unborn,
I speak the celtic flow that makes you want more,

The song ends with the great line

“so thanks for listenin, grab a tin with me next of kin,
grippin them and sippin them up on a roof in Withington”

and finally ‘Elevation Illustrations’ comes to an end with ‘Astral Journey’ featuring Legion and the curtain comes down.

The album was produced by Pro P who has been tipped as one of the top 10 UK hip hop producers to look out for in 2016 by the highly influential web site UKHH.COM. Fourteen tracks that nicely bring up both The Clash and Public Enemy in describing Irish immigrant life while raging on the attacks on our civil liberties, Palestine, imperialism, the working class and the gritty side of Manchester life. All are in his cross-hairs and the execution is pure brilliant. Backed by a varied and excellent sets of beats from trip-hop to jungle, to electronica and back again Danny has delivered something that takes the idea of celtic-punk and brings it much much closer to modern culture than we could ever do. Sharp tongued and finely distilled Danny Diatribe is set for important things. Buy the album and tell your friends you got your finger on the pulse of underground Irish immigrant hip hop. You will sound cool as anything!

(you can listen to  by pressing play on the Bandcamp player below before you buy. Go on it’s only a fiver!) 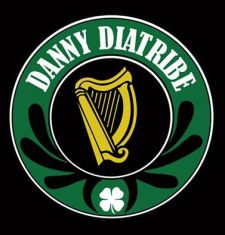 Interesting story regards the old fashioned gent on the album cover. It is not as originally thought Danny pre-beard but his Great-Grandad James Lynch in 1890. He was a protestant that converted to Catholicism to marry and had to be sneaked into church on the quiet. Both him and his brother played football for Ireland and he was given an award by the Royal Humane Society for saving a drowning woman’s life by jumping in the water, punching her unconscious, swimming back to shore with her and resuscitating her on land!

The London Celtic Punks Best Of 2019 awards. Find out what was voted #1 Best Celtic-Punk Album or EP or best Celtic-Punk debut album and Web-Site as well as #1 in Trad and Folk. Again we have a special section for YOU the readers and supporters to vote for your favourite releases of 2019. Link in bio. #celticpunk #folkpunk #irishpunk #psychoceilidh #paddypunk #folk #punk #londoncelticpunks #folkmusic #celticmusic