The brilliant debut six track EP release from Argentinian Celtic-Punk band Gypsy Vanner. A band dedicated to the fusion of traditional Irish music and rock, with the aim of converting traditional songs to rock and vice versa. 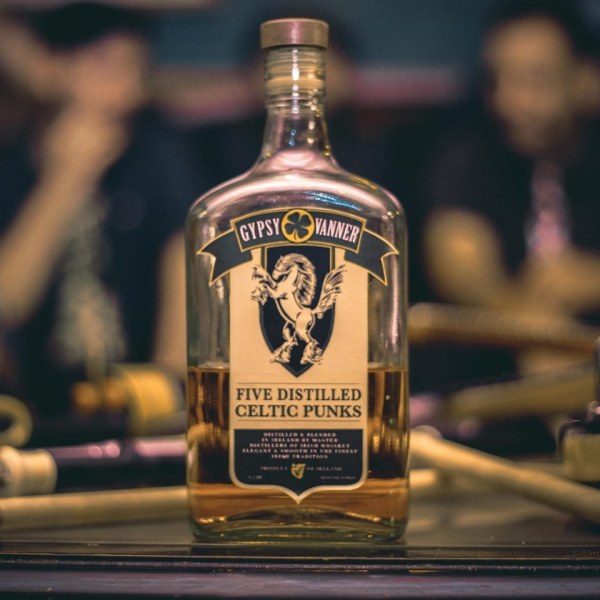 The last couple of years have seen quite a decent Celtic-Punk scene kicking off in Argentina. At the forefront of the scene have been Raise My Kilt with a couple of extremely well received releases behind them as well as newer bands like Aires Bastards who have not long released their debut album and the band we are featuring today Gypsy Vanner. All three bands are located in the Argentinian capital of Buenos Aires and, as is typical in the Celtic-Punk scene, they often play and work together to make the scene a welcoming place. As we often say- #OneBigCelticPunkFamily.

Their are many historical links between the Celtic nations and South America but for the Irish it is often Argentina that is held closest to our hearts. It was the place that most Irish settled during the 19th and 20th centuries in a non-English speaking majority country. Added to this the vast amount of Welsh farmers who flocked to the country in the 1860’s. Encouraged by the Argentinian government up to

5,000 people arrived to populate the part of the country on the Southern tip now known as Patagonia. In the early 1800’s, heavy industry, coal, slate, iron and steel, were beginning to take over the Welsh heart lands and rural communities began to disappear. Many Welsh patriots believed Wales was being absorbed into England so many turned to the ‘New World’ in an attempt to preserve Welsh language, culture and traditions. At first these communities struggled to survive in conditions markedly different to those back home but soon the resilience of this remarkable Celtic nation within a nation began to succeed to such a point that the Argentinian authorities felt threatened enough to end the teaching of Welsh within their school system though it always remained, as at home in Wales, the language of the home therefore ensuring its survival. Even now

“Each year in late July and early August, flights arrive at London airports carrying folk from South America. Many of these visitors experience difficulty in understanding the English spoken to them at passport control, however once they have travelled along the M4 motorway and crossed the border into Wales, destined for wherever the National Eisteddfod is being held that particular year, they find that they can communicate fluently with the locals.

The visitors in question have travelled 8,000 miles from the Welsh speaking outpost of Patagonia, on the southern tip of Argentina. The fascinating history of how these visitors from an essentially Spanish speaking country, also come to speak the ‘language of heaven’ dates back to the first half of the 19th century.”

So Celtic traditions and music are not unheard of in Argentina and the Celtic-Punk scene is a vibrant and exciting part of that, especially in the capital. Here on their debut release Five Distilled Celtic Punks the band play a variety of well known Irish classics both old and new alongside a classic of Punk Rock! The EP kicks off with the much maligned, these days, ‘Galway Girl’. Written by alternative Country star Steve Earle in 2000 and tells of meeting a beautiful black-haired blue-eyed girl in Galway. In the intervening years the song has gone stratospheric and has become a regular fixture for every single bloody busker and singer-songwriter in Ireland and beyond! Of course despite being butchered by untold artists it is Steve Earle’s version that is the songs high point and I am glad to say that Gypsy Vanner’s version belongs with the latter  in the Celtic-Punk hall of fame. It’s given a real Punk-Rock boost but still manages to keep its Celtic roots intact. Silvio’s vocals are raspy and hoarse and the perfect foil for the music. He also plays the uillean pipes and as anyone into Celtic-Punk will know that always makes for a special kind of music. They follow this song up with a lesser known one ‘True Love Knows No Season’ about an Irish gunman inKansas City in the days of the old west. A beautiful ballad best known for Planxty’s recording but here Gypsy Vanner give it the Dropkick’s treatment and turn into a full blown Celtic-Punk classic. Absolutely brilliant!!! They give it a Country twist for ‘Colours’ with some excellent banjo from Guyon accompanying a pure full on thigh slapper!

We back in familiar territory next with a couple of Celtic-Punk classics beginning with ‘South Australia’ and as you can imagine form my review so far it is putty in their hands and they chuck us out a fantastic version that leads us nicely into ‘The Irish Rover’ and the Bhoys go for it as only this song deserves with the whole band having a good go at the vocals! A sure fire dance floor filler everywhere you go I am sure it’s no different in Argentina either.

Five Distilled Celtic Punks comes to an end with a song from one of my favourite bands, Social Distortion’s ‘Prison Bound’. SD have literally just finished an extensive tour in the States with Flogging Molly and their ‘Country-Punk’ sound has always been popular in the scene. Here Gypsy Vanner save the best for last and turn the song into another full blown Celtic-Punk classic. A utterly brilliant ending and played at much the same speed as the original it has plenty of Gypsy Vanner stamped on it to make it their own.

So there’s my thoughts and I am only gutted to have come across the EP so late considering it was released back in March on St. Patrick’s eve. The production here is absolutely exemplary across the whole EP though no information on who was responsible but I tip my hat! There is at the moment some quite incredible music coming out of the continent of South America and beyond the bands from Argentina we mentioned earlier we are eagerly awaiting the new album from Mexican Celtic punkers Batallón De San Patricio and absolutely anything that Brazil’s The McMiners or Lugh put out so be sure to stay tuned and check them all out soon.

(You can listen to Five Distilled Celtic Punks on Bandcamp before you hopefully buy it!)

The international flavour of Celtic-Punk continues apace with the first official release from Mexican Celtic punkers Batallón De San Patricio. Named after the famed St. Patrick’s Battalion of Irishmen who fought in the Mexican army during the Mexican–American War of 1846–48 this release further cements the friendly links between our nations. 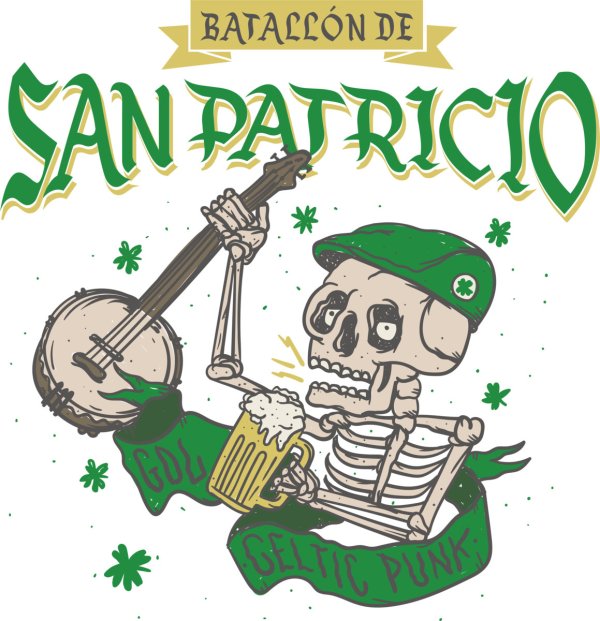 The time has come and before too long if you ask me for the first official single from Batallón De San Patricio. Titled ‘Family’ it’s the first release from their upcoming debut album Brothers Of War that will be coming out later this year. They chose to call the song ‘Family’…

“because for us the Family is first. We invite you to enjoy our song with a beer in hand, whether you like it or not, help us share! So other people may like it or they may not… The idea is that the Battalion is heard wherever. ! Let the green wave grow!”

Batallón De San Patricio were formed in Guadalajara, the capital and largest city of the Mexican state of Jalisco, very recently, back in July 2017 and are now beginning to come into their own. Formed in honour of a great friend of theirs Jorge who sadly passed away in 2017 they have one previous release a six-track Demo in September of last year which you can check out below on the Bandcamp player.

The band have a strict honour code and strongly believe in brotherhood, honesty, dignity and respect. Batallón De San Patricio’s slogan is and always will be ‘Family First’. The music is part of their lives and the people around them and to remember those no longer with us. Brothers Of War will be released on all main platforms so keep an eye on these pages for our review and the release date.

We’re from the land the biggest legion, The very first on this generation, The most wanted pirates on this big nation, So then for our heads, they offer a million.

The band have also just released their new video for ‘Last To Leave’ only a few days ago so here that is in all it’s glory. Taken from their imminent debut album Brothers Of War the song is dedicated to all those who have lost a loved one. To all who have gone through difficult times and despite all adversity have continued to keep their chins up.

The bands main goal is to spread the Folk-Punk genre, heavily influenced of course by both Irish and Celtic culture, mainly in Guadalajara and in the surrounding regions. Maybe one day overseas. These are the kind of bands that Flogging Molly should be getting to play the Salty Dog Cruise so if any of them are reading or anyone who has any influence then you know what to do folks!

To celebrate the imminent release of their debut album we will have a large feature on the history of the St. Patrick’s Battalion, who the band are named after, and their gallant history. Famous throughout Mexico and the Irish diaspora many songs have been written about them but we need to keep their history alive so our feature will include the background to their forming right up to their tragic end. Let’s face it there’s no need for a ‘spoiler alert’ when talking about tragic ends and Irish history!! Subscribe to the Blog or join the London Celtic Punks Facebook page to keep up to date.