Well here we go again. It seems an awful long time since we were compiling all the votes into 2019’s Best Of. Last year saw The Walker Roaders triumph but with this year being a lot quieter on the Celtic-Punk front thanks to the lockdowns around the world bands have found themselves unable to tour and promote new releases so have held onto them till things got better. Still that’s not to say it was a complete wash out and as you can see from below their have been some absolute knock-outs during the year.

Remember this is only our opinion so feel free to comment, slag off or dissect our lists. The Readers Poll is back again this year so you can even vote on your favourite release of 2020 yourself. We don’t pretend to be the final word as that my friends is for you…

(for more information click on the release title in green)

Was very close between the top three this year but Ogras seem to have been not only our favourites but also most of the Celtic-Punk medias too. A lot less albums may have come out during the year but still plenty more that didn’t make the cut. Don’t be down hearted if you are one of them it could just be that one of the judges hadn’t heard that album. Again if we don’t hear your album we can’t review it so the massive majority here are ones that were sent in to us. We only need a download link (NO Spotify!) and we’re happy. Out of the 30 albums 18 countries were represented including 2 from the Celtic nations Scotland #4 and Brittany #13 and our first from Hawaii!

2. UNCLE BARD AND THE DIRTY BASTARDS – The Men Behind The Glass

3. FINNEGANS HELL – Work Is The Curse Of The Drinking Class 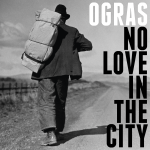 6. THE GO-SET – Of Bright Futures And Broken Pasts

8. McSCALLYWAG – Songs For The Wicked 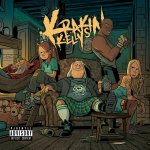 10. THE O’REILLYS AND THE PADDYHATS – Off The Leash

11. THE REAL McKENZIES – Beer And Loathing

14. THE FEELGOOD MacLOUDS – Life On A Ferris Wheel

16. THE KONA ROGUES – Batten Down The Hatches

17. PADDY WAGGIN- Race To The Bottom

20. THE STUBBY SHILLEAGHS – Glass To Mouth

24. THE CELTIC SOCIAL CLUB – From Babylon To Avalon

Several bands have taken the chance during the lockdown to release compilations of sorts. While it would be a little unfair to include them in the main ‘Best Of’ section they still deserve a mention. Among these were two 30 year celebrations from two of Celtic-Punks most successful and popular bands in THE MAHONES – This Is All We Got To Show For It and FIDDLER’S GREEN – 3 Cheers For 30 Years. Both fully deserve a round of applause, a raise of the pint and a tip o’ the hat! Band compilations included ANTO MORRA – Twenty, THE DEAD RABBITS – The Dead Rabbits, LEXINGTON FIELD – Here’s To You Ten Years Of Fiddle Rock and LQR – Barrel-Aged. A couple of live albums THE STANFIELDS – Welcome To The Ball and ShamROCKS – FCP Live were both well received, you may have heard that a little known band THE POGUES put out a new album of previously unreleased material BBC Sessions 1984-86 and Quintessential Quarantunes was a 6-band compilation released in the Summer featuring the Bible Code Sundays and The Reels. MacSlons Irish Pub Radio also released volume 5 of Raise Your Pints the best Celtic-Punk sampler around of 19 of the Celtic-Punk scenes best bands.

You have to go back to the beginning of January for 1916’s release and though many more would challenge it stayed top of the pile all year long. Some great debut releases here from bands that will I am sure go on to bigger things. This time last year I was crowing about Shanghai Treason and how much I was looking forward to seeing them play… well I still am! 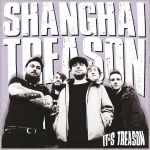 7. THE CLOVES AND THE TOBACCO – Jalan Pulang

8. LUCKY LAD GREEN – Get There Somehow

9. BRAVE THE SEA – The Murders Three

10. THE PLACKS – My Dearest Friend

This year’s winner of Best Debut Album comes from a continent where Celtic-Punk appears to be booming! The South American scene has been dominated in the past by bands from Brazil and Argentina (last years winners in this category were Aires Bastardos from Argentina) but with Batallón de San Patricio from Guadalajara in Mexico things are changing with several bands popping up over the last couple of years. The last twelve months have seen Batallón de San Patricio garner favourable reviews from various singles and live streams. Hermanos De Guerra/ Brothers Of War is delivered entirely in Spanish and spans the length of Celtic-Punk from trad Irish up to Celtic-PUNK making it fully deserving of the award.

Always the hardest list to compile as it covers so much ground. Some of these bands play Trad Folk with a Punk Rock heart like Clover’s Revenge while others didn’t quite fit as Celtic-Punk releases but the winners are the Rose family from NY state otherwise known as The Wild Irish Roses. An album that took us by surprise and managed to please everyone.

5. MAGGIES FLOCK – Party At The Cemetery

8. HUGH MORRISON – The Other Side

Now this section is tinged with sadness. There is no question which site has the biggest impact on the Celtic-Punk scene over the last year and while not strictly a web-site the CELTIC PUNK, FOLK AND ROCK FANS group on Facebook fully deserved this years award. Sadness because the group founder Mike Kilroe very sadly passed away at the beginning of the month. Created back in February 2019 it was around the time of last years ill fated St. Patrick’s day and the subsequent Dropkick Murphys live stream show that membership of the group exploded and has now passed over 8000 members. If on Facebook they should be your first port of call, alongside us of course! We had a great interview with the founder of the group Mike back in May that you can find here and of course our thoughts go out to his family and friends.

We are not alone in doing these Best Of 2020 lists in fact all the major players in Celtic-Punk do them so click below to check out what they thought.

So there you go. Remember we have never pretended to be the final word on things in fact have a look at the other Celtic-Punk media’s Best Of’s and I’m sure they are all pretty different. Our Best Of’s, as usual, cajoled and bullied out of the admins from the London Celtic Punks Facebook page and then tallied up over a few pints in Mannions in north London. One important thing to note is that not all of us heard the same albums so like all the various Best Of’s ours is also subjective.

Nine years we’ve been doing these lists now. It seems incredible looking back at some of the previous winners and also-rans how so many bands are still with us from Year 1. If you would like to check for yourself then just click on the link below the relevant year.

Alongside the Best Of polls we also run a special Readers Poll where you get to pick your favourite release of the year. This will be The Readers Poll’s third year with Krakin’ Kellys and Mickey Rickshaw previously champions! There is only room to list the Top Ten albums but there is an option to write in your favourite release of 2020. You are allowed to vote for up to two releases but not for the same artist.

The Poll will close at midnight on Sunday 31st January with the result announced soon after.

9 thoughts on “LONDON CELTIC PUNKS PRESENTS THE BEST OF 2020!”