FILM REVIEW: ‘A MAN YOU DON’T MEET EVERY DAY’

It’s the mid-nineties in London and a couple meet through a lonely hearts column. She is an middle class English married woman, he is an lonely Irish mechanic and despite the gulf between them they start an affair.

A long forgotten slice of life from the early 90’s with a soundtrack from the best band of all time.

Shane MacGowan and The Popes as Themselves!

MUSIC : The Pogues * Shane MacGowan And The Popes

Well until just recently I never even knew this film to exist! ‘A Man You Don’t Meet Every Day’ was made by Channel 4 and broadcast, it would appear, the one and only time way back in 1994. Why this should be is anyone’s guess especially in this day and age when it is possible to stream anything over the internet. The film is just over an hour long and tells the story of Jim, a lonely mechanic working over in London from Belfast with his mate Bernie.

Written by the prolific writer Ronan Bennett. Ronan was born in Belfast and has led an interesting life to say the least having been convicted of murdering an RUC Inspector in 1974 at the age of only 18. He was jailed in the notorious Long Kesh prison but his conviction was declared unsafe and overturned and he was released in 1975. He moved to London and in 1978 was caught up with the arrests around the anarchist Angry Brigade bombings and he was a defendant in the ‘Persons Unknown’ trial. Charged with conspiracy to cause explosions he was again sent to prison, serving 16 months on remand. Ronan conducted his own defence and all defendants were eventually found not guilty. He went on to study history at Kings College London receiving a first class honours degree and later completed his PhD at the college in 1987. Since then Ronan has wrote numerous screenplays and dramas as well as completing both novels and non-fiction books. He was the uncredited co-author of ‘Stolen Years’, the prison memoir of Paul Hill, one of the Guildford Four who were wrongfully convicted in 1975 of the Guildford pub bomb in 1974.

Straight away in the first five minutes of ‘A Man You Don’t Meet Every Day’ you get Shane MacGowan singing ‘Lullaby Of London’ over the credits as well as a half dozen Pogues references including a visit to White City greyhound track. The story begins as Jim spies an ad in the paper’s lonely hearts column and arranges to meet Charlotte a rich sophisticated English woman and they start a relationship together. The story sees the ups and downs of their romance and I wouldn’t want to give too much of the story away here as I doubt very few of you will have seen it. It really is a lovely short film with a simple tale of a couples affair. If that all sounds a wee bit too soppy for you then you will be able to console yourselves with the fantastic soundtrack of Pogues classics and that Shane MacGowan And The Popes make a brilliant appearance as a pub band playing live in what looks like The Canterbury Arms in Brixton. The boys including the late, and sorely missed, Tommy McManamon on banjo and Paul Mad Dog’ McGuinness on guitar give a great version of The Old Main Drag’. Lovely characterisation of how London can be a very lonely place and then a totally unexpected and sharp twist that come’s from absolutely nowhere that even M. Night Shyamalan would be proud of. A totally unique film showing London Irish life when it still dominated huge parts of London. The simple story of romance that, at first, has you failing to see what the story of the film was hiding!

Everyone I have asked has no re-collection of this film so watch it now on the YouTube link provided. The film has been uploaded from an old VHS video so the quality is not as we are use to these days but is still easily watchable and the sound is perfect. As is the way with these sort of things they have a habit of coming and going off air so if it does go down leave a comment below and we’ll try our best to fix it. That is until someone sorts out an official release which unfortunately doesn’t look like it’s going to happen any day soon.

(thanks to Øyvind Lade for sending us the link when we couldn’t find it- we had the name of the film wrong would you believe!!)

For me though the best place on the internet for The Pogues is this unofficial group on Facebook (here) all the diverse views you would expect from a bunch of people who follow The Pogues. Be sure and join up won’t you?

if you’re interested in The Pogues we have a multitude of great articles:

‘A Wee Biography Of Shane MacGowan’

‘Film Review: If I Should Fall From Grace With God- The Shane MacGowan Story’

‘Red Roses For Me And Me‘

UPDATE ON PAUL ‘mad dog’ McGUINNESS FROM THE POPES RECOVERY 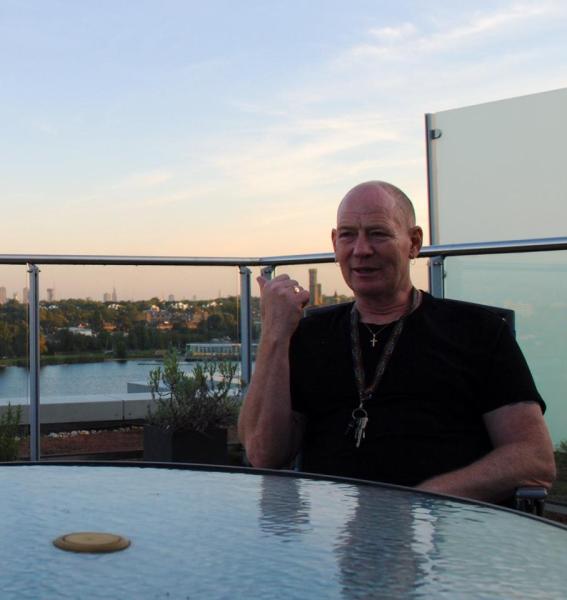 The great news is that Paul was eventually discharged  from Homerton Hospital in North London and continues to make great progress with his physical strength and mobility improving daily and also his cognitive skills. He has moved into a self contained flat and is well on the road to recovery.

To those who hadn’t heard Paul was sadly involved in a serious car accident late last year and was hospitalised for quite a long time afterwards so serious were his injuries. Paul is the singer from The Popes, best known as Shane MacGowans backing band but also a God damn brilliant celtic rock/punk band in their own right and the loss of them, while Paul recovers, to the scene in London has been immense.

Paul would like to thank everyone for their support and best wishes over the last few months, and looks forward to seeing everyone again before too long. He thanks everyone from London Celtic Punks for writing and said thanks for our giant get well card you all signed at the benefit gig we put on for Paul. As Dave said on visiting him last weekend

“He was in great form, and looking really well”

We all at London Celtic Punks wish Paul all the very best and our thoughts are with him. It will be a long process and we’ve another another benefit gig for Paul shortly but in the meantime you can send a donation to Paul via PayPal here

So keep Paul in your prayers for a swift and speedy recovery and please send whatever you can to help.

we are holding a benefit gig for Paul on Saturday 29th November in London. theres gonna be a shitload of Irish music with bands and artists galore going on into the early hours and every penny going to Paul. we’re privileged to be chosen to do the official release show for Anto Morra’s new EP ‘The Patriot’ (more on Anto here and here). so join the facebook event page and keep up with all the updates going on.

Shocking news out of London that Paul McGuinness vocalist with The Popes has been knocked down by a car in east London. As of the 6th December Paul has now been moved to a ward and is no longer under intensive care and is now undergoing physiotherapy. Paul is still making good progress but as always it is an unpredictable road that is ahead. Pauls family, friends and band Members would like to thank you all for your prayers and thoughts. For cards, please send to.

Please note, the hospital does not accept flowers.

Just as the Irish government agree to 'Open The Pubs' #swedishcelticpunks @sirregband release a single saying the same thing!