INTERVIEW WITH JAY STEVENS FROM AUSTRALIAN BAND ‘BETWEEN THE WARS’ 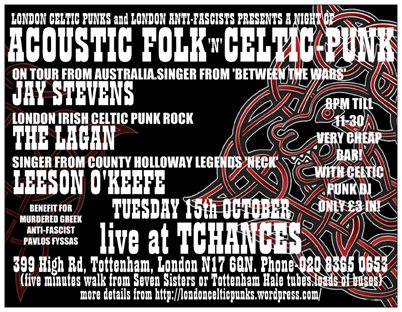 When we heard that Jay Stevens from the fantastic Aussie celtic-folk-punk band BETWEEN THE WARS was coming over to these shores to play a few solo shows we jumped at the chance to do the London leg of his tour. so we thought we’d ask him some stuff so we did and he answered it all and here it is now for you…

How long have you been playing with BTW? have you played with other bands previous? Between The Wars is a four year old band that I started, along with (ukulele player) Jason. He and I have played in plenty of bands before this one, but this is the longest I’ve ever been in a band. So many lineup changes, but we’ve been pretty solid for the last couple years. I started this band after hearing “Irish Londoner” by the Bible Code Sundays, who I get to play with on this upcoming tour! 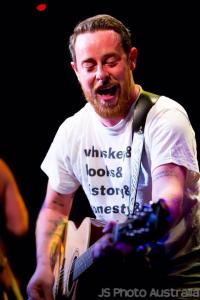 Looks like the tour is shaping up into something special now. Who are you looking forward to playing with and any places youre looking forward to going? Being a Aussie have you been over here before? As I said before, Bible Code Sundays are a massive influence on me and our band, so I’m keen as hell to see them. Have also been a huge Neck fan for years so I’m excited to play a show with Leeson! Over the years I’ve made some good “internet” friends in England so with that in mind, I’m stoked to be playing a few shows with my boys from the Lagan and Three Sheets T’Wind – and swapping Office quotes in real life with Brendan O’Prey. I’ve been to England before, but not as an adult. Really excited to see London, watch a Blades game in Sheffield (lifelong Sheffield United fan) and to also see the Scottish villages of Stranraer & Portpatrick, where I will also be attending my cousin’s wedding! If you’re looking for a decent League One side to watch you should get along to Leyton Orient. At time of writing we’re top of the league! If I was looking for a decent League One side to watch, I wouldn’t be a Blades fan.
As the singer and main songwriter of the excellent Between The Wars how did you get into celtic-punk music? Was it through family or other music? I have to hand it to old mate John McCullagh, actually. I was in a bit of a hole, musically. After having kids and whilst I was watching my marriage go down the drain, I didn’t know what to do, I just knew I wanted to be in a band again. I was teaching John’s son (John Lennon McCullagh, now signed to Alan McGee’s label 359 Music in the UK) to play guitar, and John and I would always have banter about Bob Dylan, Celtic, Arctic Monkeys, Oasis etc after the lessons. He showed me a few songs he’d written and we got together a few times and played them. One of those songs was Ride On by Christy Moore. I hadn’t heard Christy before but I am in love with him now. From there, I looked up as much celtic folk, and then celtic folk punk, as I could – I’d been a fan of the Dropkick Murphys and Flogging Molly for ages but never looked outside of that. I came across the Biblecode Sundays, and my musical life changed. 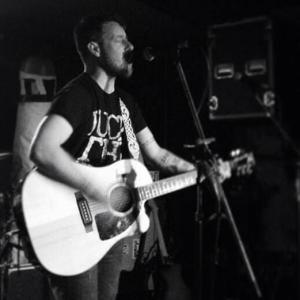 I’ve always thought that Australian celtic-punk has been a cut above, both musically and lyrically, bands from Europe and the States. I cant put me finger on it but does the Oz celtic diaspora experience contribute to this or are you all just better writers and musicians? I think we bring our own style to it. There have been a bunch of amazing Australian artists over the years, both in folk, punk and rock music. Personally I’m a huge fan of an old Aussie band called Weddings Parties Anything. I’ve always looked to them for influence, as well as celtic bands that tell stories – and not just stories of drinking. The difference between listening to the Wolfe Tones rather than the Dropkick Murphys means perhaps a little bit more storytelling in the writing. I suppose any country with the legendary Ned Kelly as its symbol of resistance is gonna produce cracking music! Who are the Aussie celtic/folk-punk bands we should look out for? Heard any news on The Rumjacks getting back together? Yep, that’s definitely happening. Caught up with Johnny McKelvey at a show we played with the Real McKenzies and it looks like the album that was made at the start of last year will show its head. As for Aussie bands, you can never go past our good mates the Ramshackle Army. They are just finishing up their new record which should be a cracker. Also a fan of Paddy McHugh and the Goldminers, Handsome Young Strangers and our old mates in Mutiny who have just released a twenty year retrospective. 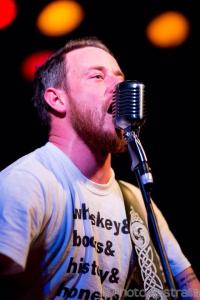 Theres always been a lot of debate in celtic punk circles about so-called ‘foreign’ bands playing (stealing?) traditional folk music without respecting where it comes from. Do you think it matters much or at all? I don’t know too much about bands that steal or play traditional folk without the respect. We try to pay respect as much as we can to those that have come before – we’ve played the traditional folk song Barbara Allen, for example. I think ultimately music belongs to everyone – the more people that play or listen has got to be a good thing for music in general. No-one has any right to claim music as their own personal property. Providing you know where it comes from, I can’t see an issue – i’m well aware that our music represents bands that have come before like the Wolfe Tones, Dubliners and the Pogues. I know the stories behind most of the songs I listen to, in regards to rebel songs and the like. There is a lot of snobbery around especially about the drinking songs. I mean its not like The Dubliners ever wrote a song about getting pissed is it? i think celtic-punk reflects the good and bad things in the lives of ordinary people. This could be both getting pissed and being a alcoholic and lets face it it very much part of celtic culture whether we approve of it or not.
Without giving the game away too much what can we expect to look forward to on this tour? who are your influences as both a solo artist and as BTWs frontman? I’ve sat down with all of our songs and played around with them acoustically. Expect some songs to be a lot softer, and some songs to remain that raucous way that we’re known for. Influences – hmm, this is a tough one. I have a huge list of influences ranging from the Wolfe Tones, Dubliners and Christy Moore, through to Frank Turner, Matt Pryor, The Boy Least Likely To. Of course, Bruce Springsteen is probably one of my bigger influences – but more in lyrics than anything else. Too many bands these days try to ape Springsteen’s voice and it kind of shits me. I take a lot of influence from literature as well as stories of war. Anything where I can be on the side of the underdog makes me write.
When you get back home after the tour what you going to be up to with the band? Any plans to keep up the solo stuff? The solo stuff is actually my priority at the moment, I’m in the studio recording a solo record, which will be a collection of songs – some originals, some covers, and a Between The Wars song. I’m really looking forward to that being released early next year. When I get back from the UK, I’m going to sit down with Jason and we’re going to write the next batch of Between The Wars songs. I’m keen on getting back to the roots of our sound after the last record. There’s a band from Melbourne that has actually just got back together called Catgut Mary and I think I’m looking to them as well as mates like the Lagan and Three Sheets T’Wind to give me some influence on the next lot. I’d like the band to get back into the studio early to mid-next year, with a view to a late 2014 release. Looking forward to meeting friends that I only know via facebook, and making new friends. Can’t wait to teach you all the shoey! 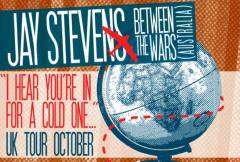 Discography:
Carried Away- 2010
The Rats- 2011
The Aces Are Coming- 2011
New Ruins- 2012
Won’t Go Quietly-2013
Tour Details Here:
The ‘I Hear You’re In For A Cold One…’ Tour traverses the land from London to Glasgow throughout October providing solo acoustic  re-imaginings of Between The Wars songs.
Come along for a night of fun folk music about drinking, heartbreak, regret, drinking, drinking and drinking…
Between The Wars:
Facebook and Web-Site