and it’s the best dang Irish music in the entire world!

Its always been a bit fashionable for people in Ireland to look down their noses at those who find pride in their roots and especially Irish-Americans. A kind of horrible sneer that ranges from mocking the ‘paddy-whackery’ of some to the republicanism of others. Of laughing at their attempts to assert their Irishness to openly putting them down for it. To some in Ireland any attempt to find a sense of pride in their Irish roots is open season to be insulted. People from a certain class who made the Ireland that was the reason our ancestors left in the first place now laugh in the faces of the children of those forced to leave. People who never felt the hunger or cold or were never effected by the recessions or job loss or joblessness that have haunted our wee island. The thing is though that even though we are part of the wider Irish tribe we are NOT Irish per say. What I mean is that we know we were not born in Ireland and what we are is in face Irish-Americans, London-Irish, Scots-Irish, Irish-Australians… in fact anywhere we went we are from there AND Ireland. I know for full well that I was not born in Ireland and I have never pretended to be. I am a product of both my place of birth and my upbringing. I have never considered myself English. Why would I? I supported the same football teams, jockeys, snooker players, show-jumpers  (Eddie Macken rules!) as my friends and cousins in this country who all supported the same as their family. Our Irishness was natural to us. In fact the only ones who thought it unnatural were those lucky (more like privileged) enough not to be forced to emigrate over here as well! Saying that I have always found the Irish in England to have a fascination with Irish-America. After all we come from the same class the only difference being that those that made it to America were seen by those at ‘home’ to have made it. Those that only made it to England were thought to have gone from bad to worse!! Their may be some truth in that as the Irish here never wielded the political power they should have done despite their numbers while over in ‘Amerikay’ they discovered early on that power was everything and the Irish often out muscled other communities to take power.

We have discussed before the role of music and especially celtic-punk in giving a sense of pride and fitting in to those of Irish ancestry in north America and in the wake of The Pogues Irish-America took celtic-punk and injected it with a power and passion that nowhere else could and then handed it back to the Irish diaspora and wider Celtic diaspora. Its no surprise that celtic-punk is still tiny in Ireland as I’m sure they just don’t get it. It’s not just in celtic-punk though that Irish-America has led and they have also give the traditional folk world a decent kick up the backside too. Solas (pronounced Suh-less) celebrate their 20th anniversary this year and they have travelled the world as the very best band of their generation. Like their fellow countrymen The Dropkick Murphys they took something and pushed the boundaries of what was expectable and have ended up completely redefining how we all think of Irish music.

So here we are in 2016 and to celebrate their 20th anniversary Solas have brought every single person who has performed under the Solas banner together for an all-star, one-time line up. That they can manage to do this is incredible enough (you know what musicians are like!?!?!) but that they can do it and still turn out such a fantastic album as ‘All These Years’ is doubly incredible. The current line up of Solas includes founding members, multi-instrumentalist, Seamus Egan and, amazing fiddler, Winifred Horan. Other members include accordionist Mick McAuley, guitarist Eamon McElholm, and vocalist Moira Smiley. ‘All These Years’ sees the return of all of the vocalists who have starred for Solas over the years. Karan Casey, Deirdre Scanlan, Mairead Phelan, Niamh Varian Barry and Noriana Kennedy as well as early band members like accordionist John Williams, and guitarists John Doyle and Donal Clancy.

“We thought it was a way for us to celebrate the past with all of the people who had been important to us over the years, but we didn’t want use this as an exercise in nostalgia, because we weren’t interested in that at all. Even though we’ve been at it 20 years, I think creatively we’re still as excited about the possibilities as we were back then” ” explains Seamus Egan.

Founded in 1996 in the dark and smoky bars of New York Irish by Seamus Egan and Winifred Horan in Solas are still fuelled by their passion for Irish music and their passion means they refuse to stand still and repeat over and over again what they have already proven to be successful. From their first album, the self titled Solas back in 1996, you can still hear the same explosive energy that still drives them today but they have refused to stand still and it has proved to be the doing of Solas as they have consistently proved.

The first of the album’s sixteen tracks is ‘Roarie Bummlers’ a lively instrumental number that builds and builds. A roarie bummler is Scots for a fast-moving storm cloud. I will save you the bother of me having to repeat how outstanding each instrument is on each song by telling you that from beginning to end all the instruments are both played to perfection and mixed perfectly as well. This is followed by ‘Standing On The Shore’ and it features Moira Smiley on vocals. Demonstrating their global appeal the track that achieved well over 2,100 plays in under a week.

Moira Smiley sings vocals on a cover of Cork born Ger Wolfe’s gloriously understated ‘Lay Me Down’. A touch of Mumford And Sons but as them boys have never had an original thought in their lives it wouldn’t surprise me if it was indeed Solas who actually influenced them! Celtic tunes abound during ‘Lucy Lockets/The Quiet Pint/The Sleepy Sailors’ a foot tapping trip through the Celtic nations while on ‘Wandering Aengus’ Noriana Kennedy takes over vocal duties in another incredibly beautiful version of this epic poem from 1899 by Irish writer and poet William Butler Yeats.

“Though I am old with wandering
Through hollow lands and hilly lands,
I will find out where she has gone,
And kiss her lips and take her hands;
And walk among long dappled grass,
And pluck till time and times are done,
The silver apples of the moon,
The golden apples of the sun”

Moira Smiley again takes on vocals for the great cover of 60’s/70’s American rockers The Youngbloods ‘Darkness Darkness’. A simple but effective tune accompanies ‘Lost In Quimper’ with Quimper being the ancient capital of Cornouaille in the Celtic nation of Brittany it seems Solas are determined to get around as far as possible on this great album. ‘Unnamed Shetland Reel/Da Full Rigged Ship’ goes beyond foot-tapping into full blown leg slapping head nodding fury and it may even get you up on your feet too if your not careful. This is swiftly followed by the magnificent but tragic republican ballad ‘Padraig Og Mo Chroi’ featuring Deirdre Scanlan on vocals and tells of the death of a young rebel. The title means simply ‘Young Patrick My Heart’.

This is followed by two covers of American folk artists with Karan Casey singing on Patty Griffin’s ‘You Are Not Alone’ and Mairead Phelan featuring on Montana born Irish-American artist Martha Scanlon’s ‘Little Bird Of Heaven’. Solas again out do themselves with a fantastic instrumnetal ‘Mr. And Mrs. Walsh’. ‘As I Went Out Walking’ features Moira Smiley and the classic Appalachian song ‘Willie Moore’ is up next featuring Niamh Varian Barry on vocals. The song dates from the 1920’s and was written by Dick Burnett (1887-1977) who also composed the famous ‘Man of Constant Sorrow’ in 1913. He lived in Kentucky and was blinded by a robber’s gunshot in 1907, and (like many blind people in the south) was forced to become an musician. The story of his life possibly contributed to his heartbroken lyrics and ‘Willie Moore’ is no different telling of the suicide of a young girl in love.

“Her parents now are left all alone,
One mourns while the other one weeps;
And in a grassy mound before the cottage door,
The body of sweet Anna still sleeps”

Grief stricken Willie Moore flees to Montreal where he dies of a broken heart. ‘Sixteen Come Next Sunday’ is a traditional song most famously recorded by The Bothy Band on their classic 1976 album Old Hag You Have Killed Me. It features Karan Casey on vocals.

The Bothy Band were an outstanding 1970’s band who have gained a reputation as one of the most influential bands in the history of Irish traditional music. The significance of their impact on celtic-rock (and therefore celtic-punk) is unmeasurable. And so it is finally, with another slow and piano laden instrumental titled ‘All These Years’ the album comes to an end. 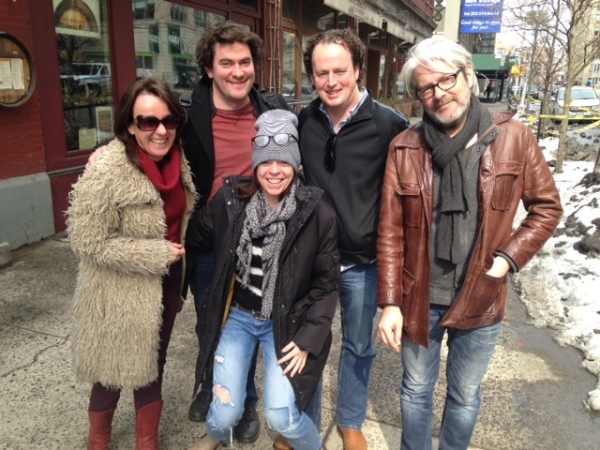 ‘All These Years’ lasts an incredible seventy minutes and soars and flows to heights I wouldn’t have imagined possible after the majesty of their previous album Shamrock City. While most bands celebrating an anniversary like this would opt for a safe option like releasing a Best of or a live album Solas have gone well beyond and are to be applauded for bringing back the entire Solas family and recording an album of almost entirely new material. Quite simply this is the best traditional Irish music as played by the best Irish traditional band in the world. Thank God for Irish-America!

(here is a full concert performance of Solas playing the entire ‘Shamrock City’ concept album. This was one of the first reviews to appear on this site (here) and is a joy to behold. Put the kettle on and sit back and enjoy this concert)