INTERVIEW WITH PAUL ‘Mad Dog’ McGUINNESS FROM THE POPES

A couple of years back the whole celtic-punk community were shocked to hear that Paul ‘Mad Dog’ McGuinness, vocalist with The Popes, has been involved in a serious car accident in east London. The Popes were best known originally as Shane MacGowan’s backing band but also became a God damn brilliant celtic rock/punk band in their own right too. He was hospitalised for quite a long time after the accident so serious were his injuries so we are delighted to let you know that Paul is back on the road again and is playing a series of low key acoustic gigs but more on that later. We are totally blown away that Paul has taken some time out to answer a few questions for us and let you all know how he’s getting on and his plans for the future. 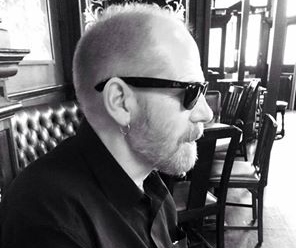 Now Paul first thing we have to ask you is how are you doing since the accident. Its been a long road to recovery but its great that you’re finally coming out the other end. There was a lot of shock in the Irish music community and it was heartening to see it come together to give you some support.
Mad Dog- I’m doing fine since the accident an with the help of my therapy sessions I keep getting better.
Now their may be a small handful of people reading this who are not aware of your contribution to the world of celtic-punk/rock so want to enlighten them? What started your interest in music and how long you been playing and what bands you been involved in up to now?
Mad Dog- I started playing music in the mid seventies an I played with Irish punk an new wave bands D.C Nien an Tokyo Olympics eventually I came to London an got a job as a roadie for The Pogues an when Chevron was ill I started playing guitar with them then I joined The Popes which Shane started when he got sacked from The Pogues for a short while then when he went back to The Pogues I took over as lead vocalist.
As I say you’ve been performing for a hell of a long time and it’s absolutely brilliant to hear that you are back playing music again as a solo act but it has been said (and I am in agreement) that being a solo artist is the hardest thing to do. Just yourself on the stage and nowhere to hide. What does it take to be a solo performer. I would say big nuts and a big ego but obviously that’s not right for everyone!
Mad Dog- I’m going solo now and that takes a bit more balls.
Having been in bands yourself that have influenced celtic-punk dramatically which figures or bands do you think have been the important links between the past and the present and folk/celtic/traditional music and punk/rock music?
Mad Dog- My fab band has always been Thin Lizzy.
How you find the London Irish scene these days? Obviously the old community has shrunk and the new arrivals seem, to me anyway, not to be interested in Irish music. Maybe I’m reading it wrong. I certainly hope so. Is there still a community out there? What bands were you listening to at the moment? Do you follow celtic-punk at all. Any bands out of the scene that you like?
Mad Dog-  I’m not really up to date with the Gaelic music scene since my accident but I’m slowly getting back into the Irish music scene.
With so much music in your life. What are your happiest memories of playing. The best gig or best people…
I liked touring America the best. There was a gig I really liked in L.A. called the House Of Blues the American fans were fabulous. I have a lot of stories to tell but you will all have to wait to hear about them as I’m keeping them for a book I’m writing. The funniest stories I think was when I was touring with Shane. But as I say you all will have to wait for the book to come out. The gig I enjoyed the most was that one in the House Of Blues in Los Angeles.
Have you been following the Shane’s new teeth saga?
Mad Dog- I read about Shane an his teeth an all I can do is wish him the best of luck.
Now one of the questions that popped up when putting this interview together was whether you’re a football fan or not. Living in north London where you do are an Arse or a Spurs fan? Or do you give a shit and are only interested in the Gaelic?
Mad Dog- I’m not really a football fan but if I was I would follow the Arsenal.
Thanks Paul for taking the time to answer a few questions. I know I speak for the entire celtic-punk community and especially the London Celtic Punks crew when I say I wish you all the very best and look forward to seeing you back on stage with the lads high kicking the night away. So all that’s left is for you to plug plug plug and is there anything else you want to add or anyone you want to thank?
Mad Dog- Hopefully see some of you at Lissenden Gardens this Wednesday at 15.30. Come up an say hello. 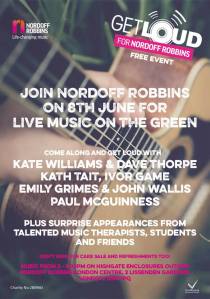 So there you are Paul’s well and truly on the road to recovery thank heavens and you can catch him playing a small intimate acoustic solo set at the Nordoff Robbins Music Therapy Centre (phone number 020 7267 4496), 2 Lissenden Gardens, Camden, London NW5 1PP next Wednesday 8th June. Paul is on stage about 3.30pm and the gig is on the green right in front of the centre. The Nordoff Robbins Music Therapy Centre offers music therapy and other music services to help children and adults with disabilities and illnesses. Specialist piano, keyboard, singing and song-writing lessons for people with a disability, illness, emotional difficulties or other challenges. Music groups for babies, toddlers and their parents; singing groups for children with autism and adults with chronic obstructive pulmonary disease (COPD) and other lung conditions. The Lissenden Gardens are just between Kentish Town West and Gospel Oak and it’s free in so show your support for one of our own.

A couple of us did make the gig and lucky for you Anto Morra got this great recording of Paul performing Dirty Old Town accompanied by Dave Thorpe. Wonderful to see you back giving it large again Mad Dog! 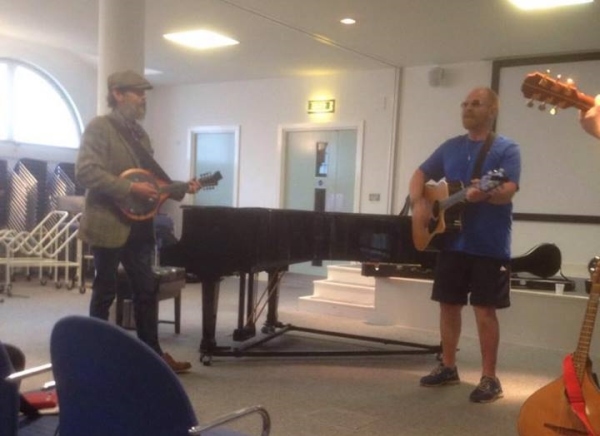